"A collection of powerful minions, monsters, and other entities. Divine servants to intercede between your PCs and their distant deities, mighty beasts to defy even your strongest party, or just a few fascinating creatures for your adventurers to glimpse and wonder about."

Once upon a time I traveled fifty miles to one of my best friend's house to buy a copy of The Primal Order's book Pawns. These creatures are the ones that I pull out when I want to shake up a campaign. But its been a long time since I've cracked open The Primal Order's Pawns book but then again its been a long time since players have challenged me this much. The biggest bugaboo has been trying to get players on board with a Thursday or Friday evening game.
The fact of the matter is that when your taking a variety of player personality types things can get very interesting very fast. I've been thinking about doing something very different for a long time now. Role Aids product line  from Mayfair games has been sitting on my shelves & now these books need to be used right along with The Primal Order Pawns book  by Nigel Findley. 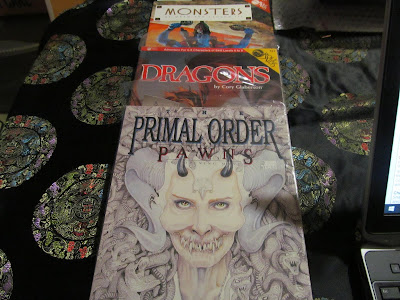 I've been toying with the ideas of using the Primorial dragons mythology & background for my campaign world. This mythology fits in with some of the draconic ideas presented in  the Teratic Tome by Rafael Chandler .
These are campaign leveling dragons and not your run of the mill wyrms but monsters capable of burning down Heaven itself. Many of these monsters are world enders  one of the reasons that you'll see the Teratic Tome mentioned in conjunction with high level divine campaigns.
So why do this?! I've been toying with using Luz for a while as an actual force of evil on the planes organizing chaos & sewing strife across the universe. His back alley cults have been hatching plans to awaken the dragon's nests across the Earth. He has knowledge of these through his maternal (by adoption)  grandmother  Baba Yaga, 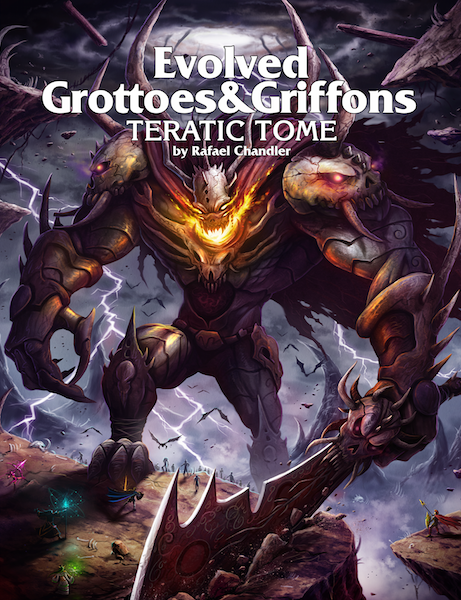 These are not times to simply back down on heroes. The world really needs demi god heroes to step out of the shadows! But can it happen? That's going to depend upon if and when I can arrange for my players schedules to jive. Meanwhile I continue to pull out my campaign notes & the rise of certain mummy led cults of Orcus deep in the wastelands of the Empty Quarter. And what is it about those black eyed children who keep muttering the ram headed lord's praises on the fringes of society? 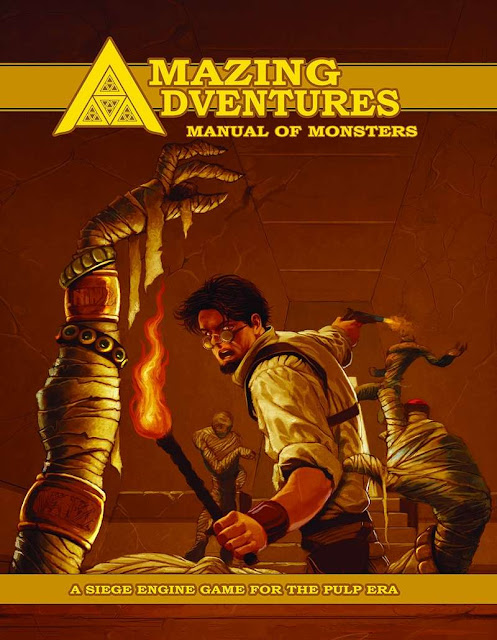 All of this comes from the Amazing Adventures Manual of Monsters & what  the effects that the rise of the Primordial dragons are having on the rest of the Earth's dragons?! What does the stirring of ancient evil have on Earth's heroes? Are they even noticing the increasing horrors around them?
Next I'm dusting off the Advanced Dungeons & Dragons first edition  Fiend Folio for some of more dangerous & aggressive monsters to throw into the mix coming up! We'll get into those coming up!
Posted by Needles at 11:27 AM