"Karameikos ... a classic fantasy setting where bold adventurers can become Legendary heroes. Whether you have played only the First Quest audio CD game or have enjoyed the AD&D game for years, you'll find high adventure in the kingdom of Karameikos. Discover a magical land sure to challenge the bravest hearts and sharpest swords. Hear this realm come to life in two extraordinary quests featuring dramatic sounds on compact disc! Inside you'll discover . . . * an interactive audio compact disc featuring thrilling sound effects, character voices, music for two adventures in Karameikos * a 32-page Adventure Book " 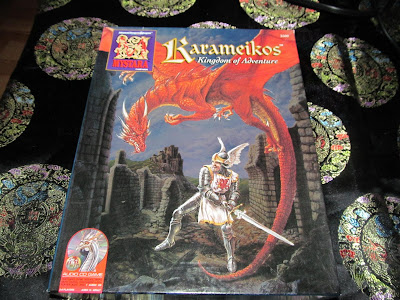 "There are always frontiers where adventurers can carve out their own piece of the wilderness where monsters lurk around every corner. The Kingdom of Karameikos is one part wilderness & two parts of the mirror darkly of the Mideveal Dark Ages Europe. Here adventurers still have the chance to pit themselves against the worst that the world has to offer & still bring their families glory.
Take one part Tsarist Russia & stir with a mix of fierce goblins & monsters dark & dire. Here you will find The Kingdom of Karameikos."Over the holidays I received The Kingdom of Karameikos box set as a gift from a friend for Christmas. The box set was a surprise & generally is incredibly well put together By  Jeff Grubb  (Author), Aaron Allston (Author),  & Thomas M. Reid (Author). The history of the setting centers around ;
"King Stefan Karameikos, a Thyatian who gained rulership over the nation in AC 970 by trading his ancestral lands, the Duchy of Machetos, to Emperor Thincol of Thyatis in exchange for autonomous rulership over the Imperial Province of Traladara.The nation was originally called the Grand Duchy of Karameikos, and theoretically owed fealty to Thyatis, but following the great war between Thyatis and Alphatia, which greatly damaged Thyatis and resulted in Alphatia's sinking, Duke Stefan sold out his homeland and friend[1] and declared himself King, and Karameikos gained greater prominence in the Known World. "

I was generally surprised at how useful the entire box set seems to be with swaths of   Karameikos history, language, and culture, which completely describes the minute details of the this Kingdom in the Known World. There are not one but two low level adventures that can be used with AD&D & as the reviewer Rick Swan concluded in  Dragon magazine #216 (April 1995); "He stated, "You're a newcomer to the AD&D game. You've played the First Quest game. You've read the Player's Handbook and understand about half of it. Now what? Well, you can 1) close your eyes, buy one of the zillion or so supplements, and hope for the best; 2) design your own adventures from scratch (good luck!); or 3) invest in the exquisite Karameikos campaign set."[1] Swan concludes: "If you're a beginner and Karameikos fails to make your heart race, you might as well go back to crossword puzzles.""

Yes its that good & solidly done. Yet it seems to be seldom mentioned today!?
With so much setting  history & detail I don't get the look over that this box set gets?! I've seen it mentioned  that the  2E the crunch is very low and converting it to OD&D isn't  hard. So the gaming utility of the Karameikos campaign set is incredible in my humble opinion. 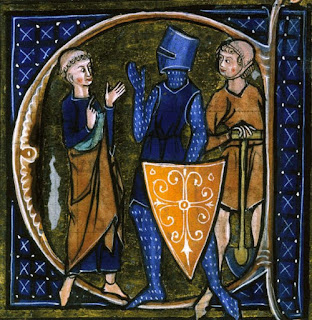 The low level PC adventures don't end with the three in the box set. Indeed the classic B11 King's Festival By Carl Sargent can be played with the  Karameikos campaign set to set the stage for an epic campaign of incredible proportions. 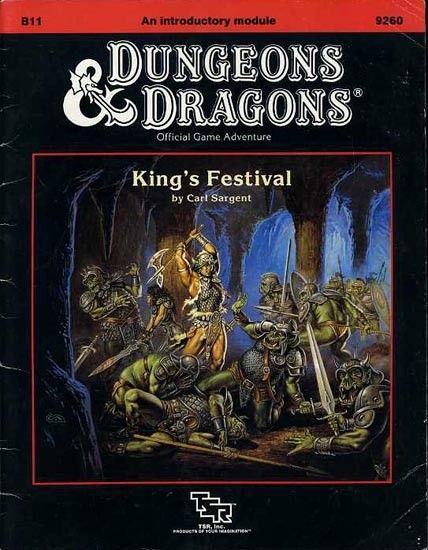 This is a classic adventure by Carl Sargent & the fact that someone has decided to borrow a cleric adds a bit of a flare as the PC's quickly get in over their collective heads. "Someone has "borrowed" a cleric, and without him, the fabled King's Festival cannot go on. Unfortunately, it looks like the orcs have him, and your characters must rescue him." All in all this is a solid adventure with deep connections to the Karameikos region. There are also connections to the Dark Knight of Karameikos fantasy novel by Timothy Brown, an interesting article by David Keyser piggy backs everything back into  the  Karameikos campaign set . The Vaults of Pandius has quite a nice array of support material for the  Karameikos campaign set including adventures.  I was surprised at how quickly a mini campaign came together when I added in B12 Queen's Harvest to the mix by Carl Sargent. Using both King's Festival and Queen's Harvest together adds some of the best introductory adventuring for players starting out. 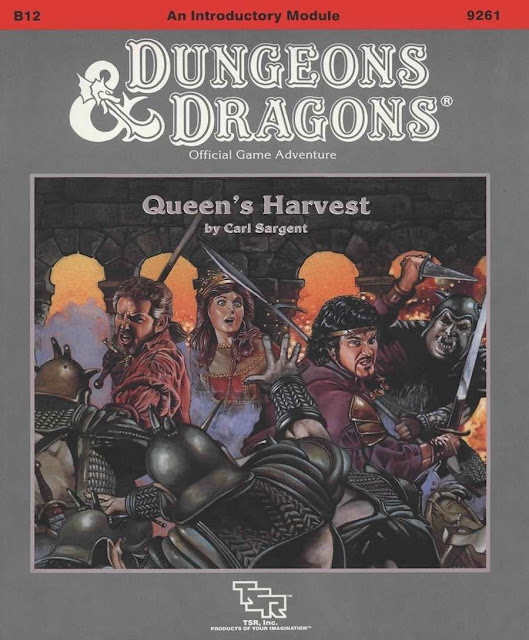 The Karameikos campaign set for Mystara feels like coming home for me. The fact that its so compatible with even the Advanced Dungeons & Dragons first edition books as well as really useful for the Basic set of Dungeons & Dragons is an added bonus in my opinion. On the whole I think that  the Karameikos campaign set should get far more attention then it does. I give it five out of five stars in my humble opinion marking it as one of the high water marks of the second edition eras.
Posted by Needles at 11:46 PM