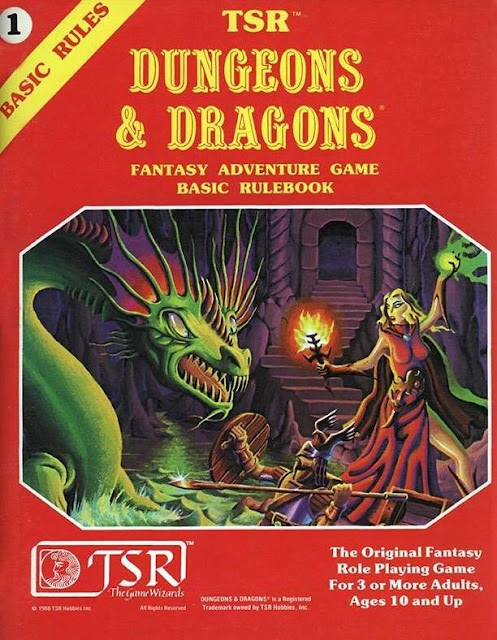 I've been gone for the day with sewing machine repair work & I've had to put the upcoming campaign on hold. I've been talking with my Steve's players via email & things have been moving along with an upcoming Castles & Crusades rpg campaign. Things are moving but I've slowed down because I started going over my old AD&D/B/X campaign notes. I want to use those notes for my C&C campaign. 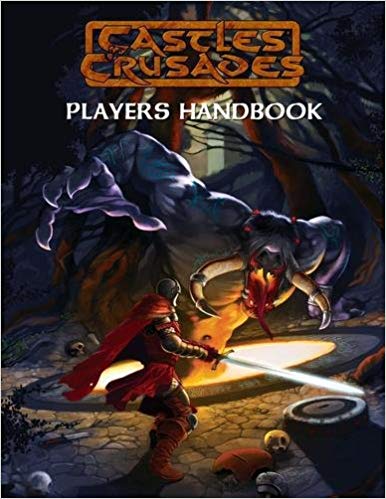 So everyone with me? Let's jump right back into the deep end of the world of the table top hobby of role playing. I've been dusting off my campaign notes from back in the 90's when I used to use  Peter Adkins & Wizards of The Coast's The Primal Order  rpg supplements.  Now two things happened today that proved very interesting. The first of these was the fact that whist I was strolling down memory lane I kept running into references to Mayfair Games Role Aids throughout the note book. The reason is fairly obvious because of the fact that I used a lot of their products back in the 90's to throw off a variety of D&D players who had vast sections of the Greyhawk & Forgotten Realms books memorized. I'd like to extend my condolences to the family Darwin P Bromley the co founder of Mayfair Games whose recently passed. Mr.Bromley was partially responsible for the marketing & production of the Role Aids line of products for Advanced Dungeons & Dragons first edition; "Attorney Darwin Bromley was a railroad game fan, so in 1980 he founded the company Mayfair Games to publish a railroad game of his own; the company was named for the Chicago neighborhood where it was founded.[3]:166 Bromley soon brought Bill Fawcett on as a partner in Mayfair Games, and together they designed the game Empire Builder (1980).[3]:166 Bromley was involved with the Chicago Wargaming Association's convention, CWAcon, where Mayfair's first fantasy adventures in their new Role Aids game line were run: Beastmaker Mountain (1982), Nanorien Stones (1982) and Fez I (1982).[3]:166 With Bromley's legal expertise, he felt that Mayfair could legally use TSR's trademarks as long as they were careful, so beginning with their Dwarves (1982) supplement Mayfair made it clear that they were not the trademark holders by printing on the cover: "Advanced Dungeons & Dragons is a trademark of TSR Hobbies, Inc. Use of the trademark NOT sanctioned by the holder."" So Mayfair Games's Role Aids  filled a need back in the 90's & even into the latter 00's. There is still a lot of rancor in D&D & OSR fandom & that's fine. For me as a dungeon master the Demon product lines filled a need at the time but will they come to help me fill a need in this campaign? That brings up the second thing that happened which is that one of my other players said, 'Do you know what's wrong with your blog?'. No I don't because you shouldn't be reading this blog. Here's why. Players shouldn't actually be reading this blog at all or unless I as the dungeon master specifically direct them to a game specific entry on this blog. This blog is for the blog subscribers & readers not the players of my game campaigns.
Now there are a wide variety of resources for converting Advanced Dungeons & Dragons first edition to the Castles & Crusades rpg system. Which brings me to The Primal Order which seemed to generate lots of interest in readers in the other day's blog entry. 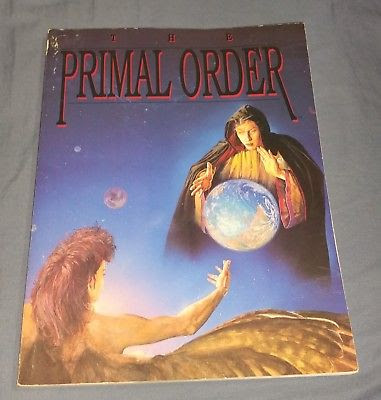 Because  I love math, gods, planes, etc. as well as combining them with super heroes & pulp elements years back I started a D&D  campaign at the end of a world! The player's PC's were the gods & demi gods who were escorting the survivors of the former world into the next Eden! This was an adventure campaign  hook I had hijacked straight from Norse mythology & DC's Crisis On Infinite Earths. See even today D&D & comic book fans remember this series. I started by killing on of the PC's favorite NPC patrons & things went way down hill from there. A Norse god acted to get the PC's into their godhood & for a very good reason Ragnarök was in full swing! That included the end of the Earth! 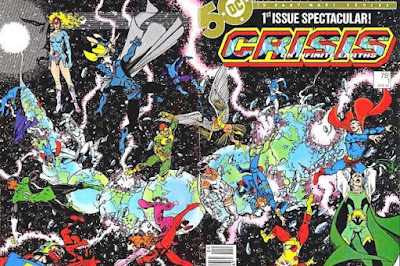 "From cover:
The sky turns red as blood...
Fire rains down from the heavens...
The dead walk the land...
Don't let your tired gaming world just fall by the wayside. Bring it to a world-shattering climax! Apocalypse is a complete gaming source designed to help you bring your campaign world to a conclusion or move it into a new era.
The Apocalypse Sourcebox includes:
...the Apocalypse Game Master's Book, containing extensive details on all manner of apocalypses and how to incorporate them into your campaign, from the simple ending of an era to the complete and utter destruction of the world.
...Tumult and Tribulation, a massive adventure describing all the details of an apocalypse which you can end your campaign world with or run as a seperate, apocalyptic campaign.
...dozens of detailed maps, pre-generated characters and NPCs for your characters to encounter in their cataclysmic adventure.
...THE END IS NEAR!" 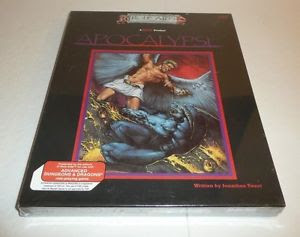 The demons who responsible for the destruction of Earth weren't going to stop with the world. They were going to prevent the cycle of life from continuing across the planes! So Deities & Demigods for first edition AD&D came in very handy as well. But now I've got the Castles & Crusades Codex Nordica by Brian N. Young which has some very nicely done C&C mythology in it. Not only is it useful but very hands on for campaign design. 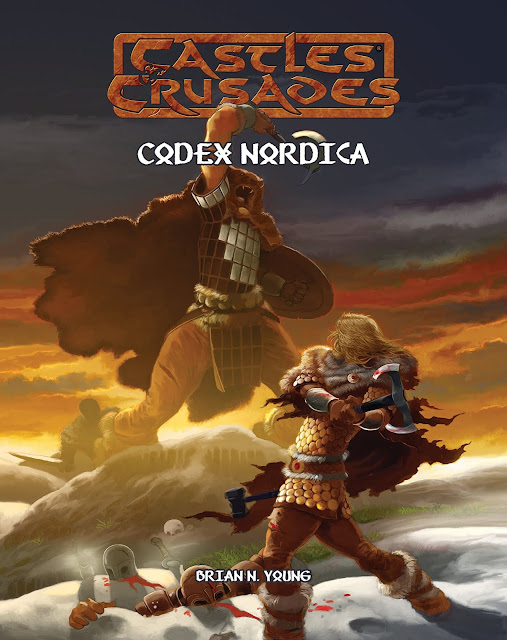 Will I be using Mayfair Games product with this upcoming campaign?! More then likely but which ones will have to wait till I get deeper into it. But this campaign will involve other aspects of both the Ring Cycle & the mythic Ragnarok that we haven't covered in the past! Yes Sine Nomine Pubblishing's game Godbound rpg  will be a part of this! Yes the players won't be expecting & yes I have plans to screw with their PC's majorly!
Posted by Needles at 8:46 PM