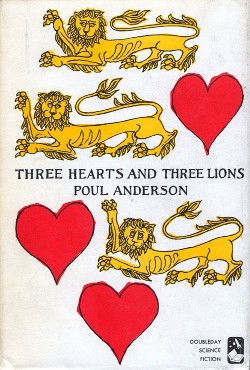 When you start to dive below the surface of Holmes Dungeons & Dragons, you begin to hit the raw nerve of gaming. The ideas of adventuring are draw out, clearly defined, & go straight back to their pulp roots. Sure Paul Anderson's Three Hearts & Three Lions always gets the press for introducing the concepts of the war between Chaos & Law into Dungeons & Dragons. But I think its an older pulp concept & conceit  then the the 1961 novel by Paul Anderson. 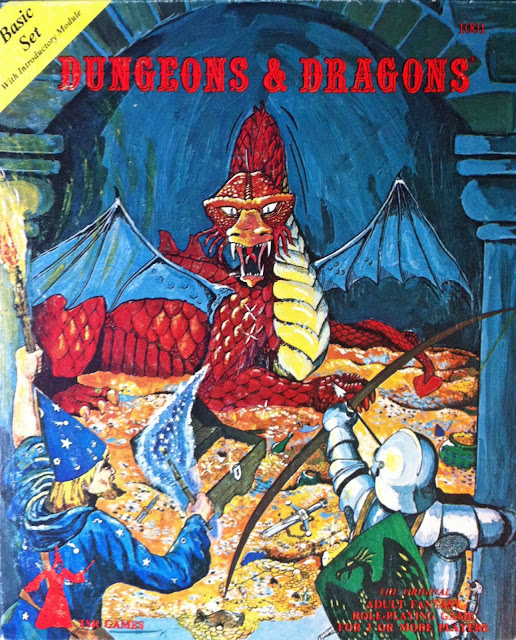 Three Hearts & Three Lions is a panache of several elements, novels, & authors pulling from such divisive sources such as C. S. Lewis's The Lion, the Witch and the Wardrobe from the start then drawing deeply from Edmund Spenser's The Faerie Queene, William Shakespeare's Midsummer Night's Dream, Robert Burns's Tam o' Shanter, and Mark Twain's A Connecticut Yankee in King Arthur's Court. Mark Twain's classic often echoes itself throughout the novel & its one of the reasons why I always don't understand the stupid idea of not using technology, science fantasy elements, & quasi science fiction ideas within old school gaming. But I digress these literary sources loop back on themselves when Three Hearts & Three Lions uses Northern European legends, including Ogier the Dane, the Matter of France, Arthurian romance, Oberon (Duke Alfric in the novel), Germanic mythology, and traditional magic.In Three Hearts & Three Lions, the main protagonist learns that he is in fact the incarnation of Northern European legend's Ogier the Dane a champion of Law.
"Ogier the Dane (French: Ogier le Danois, Ogier de Danemarche) is a legendary knight of Charlemagne who appears in many Old French chansons de geste, in particular, as the chief protagonist in La chevalerie Ogier (ca. 1220) which belongs to the Geste de Doon de Mayence ("cycle of the rebellious vassals")"
Here the idea of alignment is one of cosmic importance & alliance where the forces of evil & chaos are balanced on a knife's edge with the fate of not simply one world but two hanging in the threads of fate.
This is something we would see again in Michael Moorcock's Eternal Companion series of novels over & over again along with the idea of the sleeping kings. 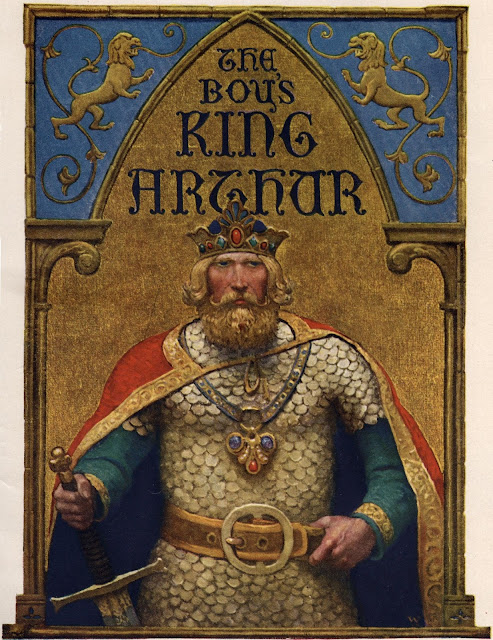 In fact I've seen various sources who have put various incarnations of  Barbarossa, Kraljevic Marko, Holger Danske, King Arthur, and Charlemagne as aspects of the Eternal Champion. Many of the ideas of the AD&D first edition's paladin PC class come from the various mythological & literary elements of the King Arthur legend. Its not just breaking into dungeons, killing the monsters, & taking their stuff. This is heady adventure material with its roots in seeing chaos & evil for the cancer across the multiverse & dimensions for what it is. This goes back to Kuntz & Ward's 'Gods, Demi Gods, & Heroes' from 1976 which had a nice line up of Arthurian material in it. There were plenty of opportunities for the PC's to step into the foot steps of the knights of Arthurian legend to carve out their own place within it. 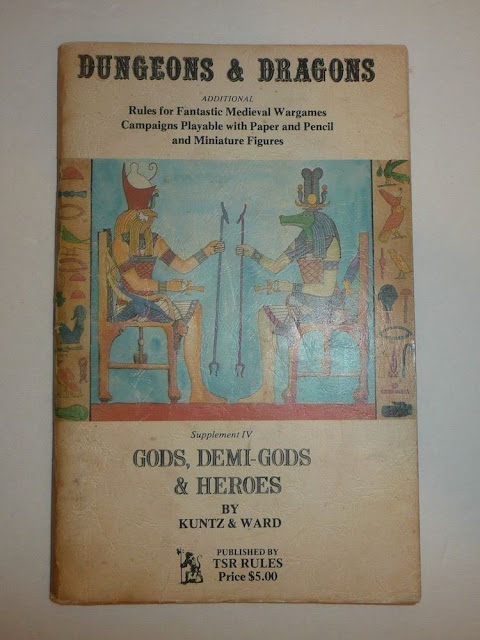 Its not about the PC's following the foot steps of the heroes of old but being the new heroes of legend. They have the chance to defeat the giants, trolls, alien god things & dragons turning back the tide of the forces of nihilism & cosmicism. At least just like Conan for a little bit to be that candle in the darkness. There are cracks in history & mythology allowing PC's to fill the role of hero & heroine alike. 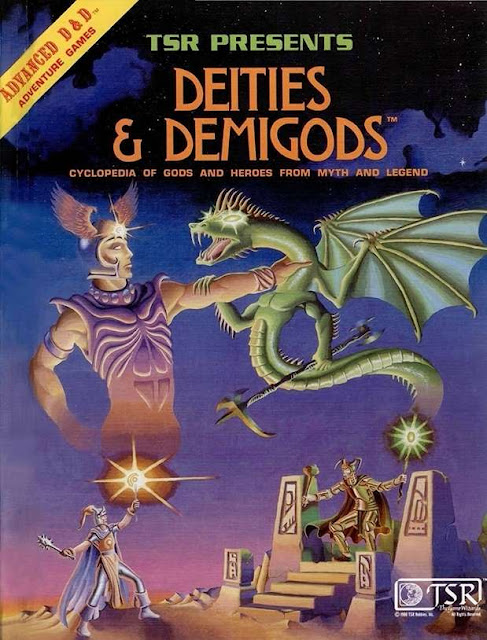 This was one of the reasons why often when I used Deities & Demi Gods, I used the Arthurian legends hand in hand with the Elric & Stormbringer material that book contained. Three hearts & Three Lions introduces one of the most dangerous cosmic menaces to ever grace the pages of an Advanced Dungeons &  Dragons 1st or B/X adventure 'the Troll'.
There are always other forces at work that the PC's are completely unaware of. These 'dark force's are more then happy to rip apart PC's limb from limb. They don't want the next King Arthur or Ogier the Dane.
They'd just as well be happy with your PC being a farmer in some backwater village.

This is the deep end of the pond where alignment controls the larger cosmic game and your 1st level PC' is just as important as the 20 level wizard. Get enough pawns its easily the match for an army. The next Arthur is starting right now at first level. 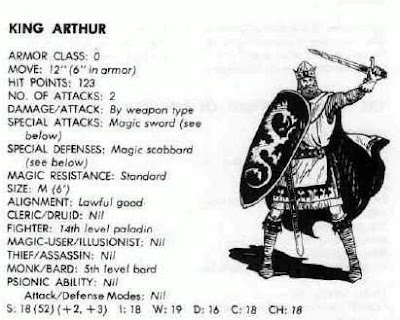 The back game being played through proxy heroes is one of moves, murder, blood shed, & wasted lives. There are always forces at play during adventures that the DM can take full advantage of. The PC's have to be reminded from time to time why the struggle is real & worth it. All of the treasure in the world can't buy the fear & fun that goes with the darker side of these struggles. As they say keep your enemies close and your blade handy.