"Once far from any important activity, the Village of Hommlet became embroiled in the struggle between gods and demons when the Temple of Elemental Evil arose but a few leagues away. Luckily for its inhabitants, the Temple and its evil hordes were destroyed a decade ago, but Hommlet still suffers from incursions of bandits and strange monsters." 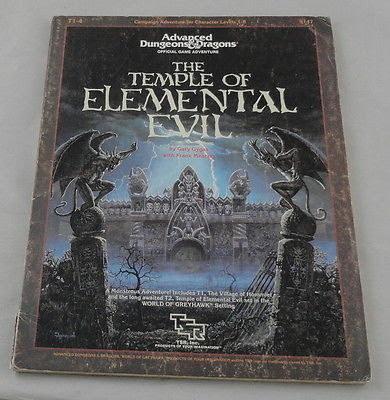 Grab your sword, your shield brothers & sisters, for something stirs from the blackness as a hate of old. The grand temples of darkness & depravity come to the fore! This module holds deep and dangerous memories for me, six year after the release of The Village of Hommlet we were led to this hell hole on Greyhawk.

So last night during Christmas dinner I was thinking about the T1 The Temple of Elemental Evil. I'm not going into the infamous history of T1 The Temple of Elemental Evil because Wiki has a complete breakdown of this epic adventure's history;"The Temple of Elemental Evil is an adventure module for the fantasy role-playing game Dungeons & Dragons, set in the game's World of Greyhawk campaign setting. The module was published by TSR, Inc. in 1985 for the first edition Advanced Dungeons & Dragons rules. It was written by Gary Gygax and Frank Mentzer, and is an expansion of an earlier Gygax module, The Village of Hommlet (TSR, 1979)."
Instead I'm going to focus on what T1 would mean to a "Barbarian Warlords of Greyhawk" campaign. There are several assumptions to make about this sort of a campaign starting with an altered history of the temple itself.  The temple was a large military installation critical to the history of an alterative Sword & Sorcery Greyhawk. Many varieties of humanoid species were turned out of the temple's laboratories & humanoid generators ala the old arcade game "Gauntlet".  So grab your quarters cus you're going to need a lot of healing potions for this one! Also there are dimensional gateways that lead to alternative Greyhawk's & other settings but more on that in a moment. 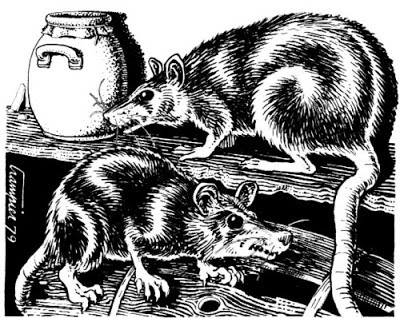 Giant Rats Again (Dave Trampier, AD&D module T1: The Village of Hommlet, by Gary Gygax, TSR, 1979)
So let's assume that you've taken my advice & plugged in B1 The Keep on The Borderlands's Caves of Chaos  ala the tunnels in the moathouse of  The Village of Hommlet. The PC's have dived their resources between the keep & the village. They've gone up a level or two fighting the forces of the caves of chaos. Are they ready to take on the Temple of Elemental Evil? Hell no!
They are going to be licking their wounds from the 'Caves of Chaos' dungeons & the moathouse dungeon. From a military stand point the tunnels from these locations are nothing but a huge gap & hole in their defenses. New hirelings, reinforcements, tribal alliances, double crosses, and double agents are going to make things very interesting. 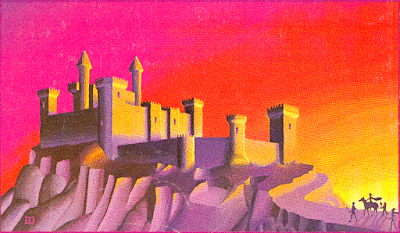 All of this gives a ton of time for the forces of chaos to line up more humanoids & even more exotic defenses because what the PC's don't know is that the Temple of Elemental Evil has been operating on auto pilot for decades.
The black cyst has been stoking the fires for the freedom of the demoness Zuggtmoy! And that's when the whole heat sink of evil aspect from Adventurer, Conqueror, King comes to life. Now hold on here, The Temple of Elemental Evil is located in the central Flanaess not far from the city-state of Verbobonc or should I say the ruins of Verbobonc for our purposes.
The raids by various barbarian tribes has caused the fall of this once great citystate leaving PC's up to their necks in bringing in help from other tribes of barbarians. Don't make this easy. The Heroic Fantasy Handbook play test document  has bunch of tables for this purpose. 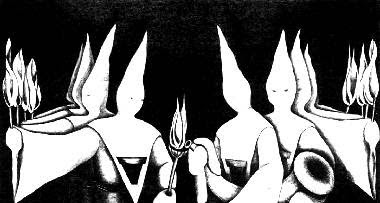 The ruins of Verbobonc are a time haunted place that crosses into a whole bunch of other places dimensionally & across time. This means that PC's could be crossing paths with barbarian warriors from other worlds & places. Yes this is straight out of a Clark Ashton Smith story.  It also gives a great excuse to throw in your favorite warriors or monsters from Astonishing Swordsmen & Sorcerers of Hyperborea second edition as well. 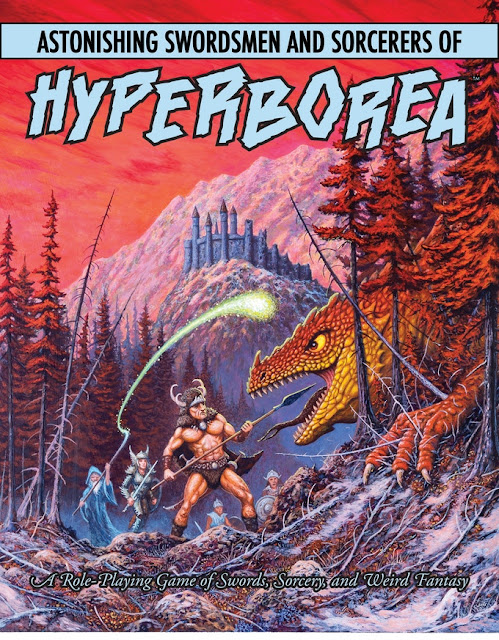 There are further reasons for this because the ruins of Verbobonc give the DM the perfect opportuninty to throw in some of the lesser known humanoids from the Fiend Folio or Monster Manual II. These monsters are prototypes or specials that were used for large scale sieges & battles. The evil of Zuggtmoy reaches across dimensions to push her range even further! There are several fungal monsters that can clearly ring her identity large for players but could be saved for special encounters! 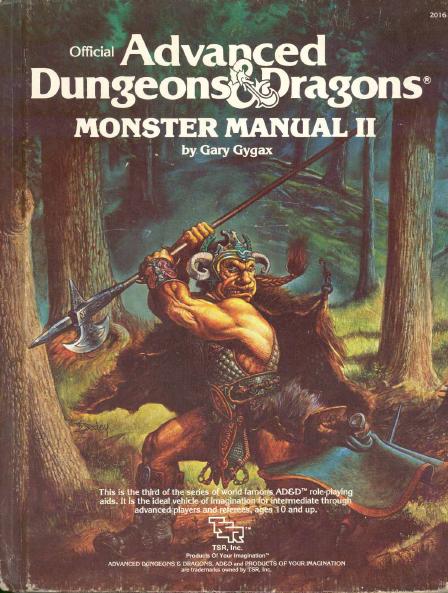 On the whole the forces of chaos are going to be spreading out & moving across the landscape under the influence of a very nasty influence & only the PC's are going to be able to stop it but its going to take an epic effort and well get to the whys & hows in the next part! 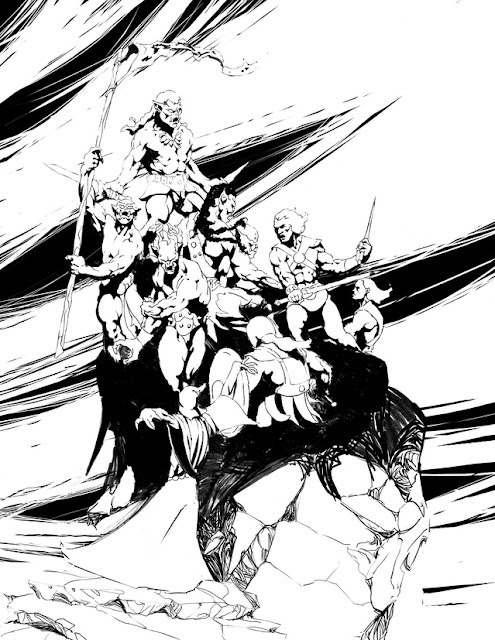 There are six reasons why this sort of campaign is going to work: