So I've been thumbing through my copy of Astonishing Swordsmen & Sorcerers of Hyperborea 2nd Edition that I got sent thanks to lovely folks at North Wind Adventures for Christmas. Thanks so much for one of my favorite retroclone systems &  books of 2017! But I have an ulterior motive for thumbing through the wonderful hard back & all around bad ass book. I've been dipping my poisoned pen into the interior Mythos of AS&S Hyperborea. I was not disappointed by what I found for my 'Old Earth' campaign setting. 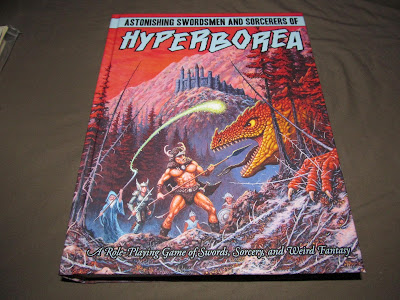 'Old Earth' is a post Mythos style setting reminiscent of the works of Clark Ashton Smith, Robert Howard, & HP Lovecraft & his circle. The clock is ticking & its ten to twelve when the stars come right as the Old Ones awaken. Hyperborea sits out near Saturn & a red bloated sun hangs in the sky how or why is not known. Several Mythos races have returned to Earth from its interior including the empire of N'Kai, the Hyperboreans, the Deep Ones, & many more. The Earth was cast into ruins & many of the works of man were forever changed!?
Humans live in fortified city states & the world was ruled by Hyperboreans & the necromancer tyrants of N'kai until Iceland & part of  Greenland was wretched from the Earth.
Parts of Canada, Alaska, & North America were fused by horrid volcanic activity that killed millions & became the legendary lands of Lomar. Fire arms are black powder with wheel lock & flintlocks weapons being common but many of the Mythos races have energy weapon technology that makes the humans quake. Certain human city states have grasped the secrets of energy weapons but they are only for the very wealth. Humanity is on the upswing again & the humans have some atomic rockets & an ion drive system but have all but lost the FTL hyperspace drive secrets. Magick has returned with a vengeance & its chaos plays havoc with the works of man. Already the players have journeyed deep passed the civilized areas of Lomar into the Wastern wastelands & the trading  outpost there which is part tent city, part Roman style fort, & part marketplace for relics.
The Western wastelands are a wilderness of unnatural horror filled with mutants, madmen, monsters & much worse. There are alien things that are worshiped as gods & worse. Which brings me to my second reading through one of the player sections of AS&SH  & I noticed a very interesting detail about priests & their Lovecraftian gods in AS&SH. Even the most evil of gods in AS&SH can have good priests?! Page seventy three of the AS&SH second edition rule book. 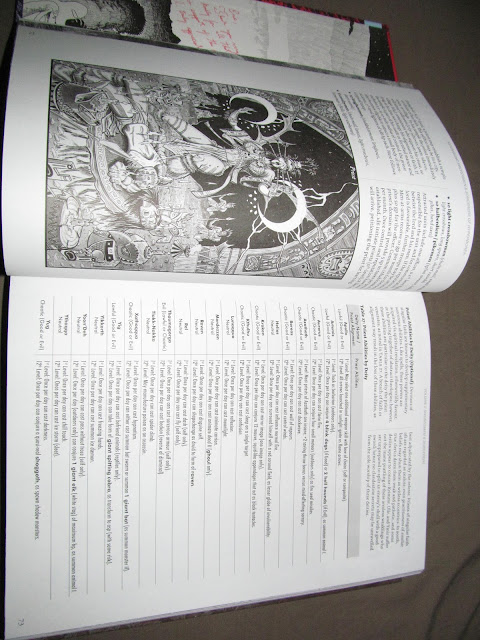 The book turned on its side so players can't make it out. But notice the quality of the binding!

This brings up an interesting point in an AS&SH campaign there could be orders of good priests, monks, monasteries, knights, hermitages, etc. dedicated to Azathoth the blind & idiot demon sultan who sits at the center of the universe amid the piping of demonic Outer gods. Priests of Azathoth dedicated to helping the poor & wretchedly mutated of the Western wastelands!?! Who pray tell is Azathoth?! Well there's a fantastic video series called Cthulhu Mythos Explained by Mr.H Reviews that goes into some wonderful details.

I own nothing and this video copyright & trademarked to Mr.H Reviews. Used under the terms of fair use & for purposes of this article.

Another detail that Astonishing Swordsmen & Sorcerer's of Hyperborea second edition is the expanded monster section. Within it is one race that seems tailor made for manipulation and strife, the Transmudane are a lawful race of decedent & enigmatic alien manipulators who it seems serve the will of the Outer Gods or the Elder Gods with equal ease. This race reminds me of a certain  HP Lovecraft short story called Hypnos & a Clive Barker story from the Books of Blood called Human Remains. They are lawful evil at times & very haunting with more then a touch of the Watchers from the classic Marvel Jack Kirby run of the 1960's Fantastic Four comic book. 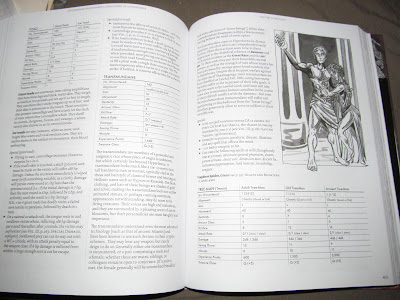 The Transmudane are a really nasty addition to the AS&SH family but fit in with the sort of haunting other worldly quality that the Old Earth campaign setting has. I'll be using them in this week's game coming up!
Posted by Needles at 6:19 PM