If you've been following this blog for awhile now then you know of my all consuming love of Jeff Talanian's Astonishing Swordsmen & Sorcerers of Hyperborea second edition from North Wind Adventures. 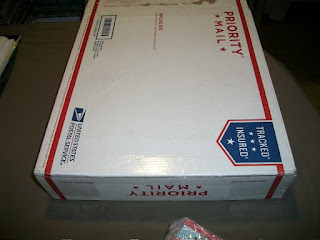 So imagine my surprise when I received a great big package( alright don't because I was informed bout this about a month ago by the author himself. I nearly nerdgarmed right on the email. Merry Christmas to Jeff, The North Wind Adventure crew  & The Talanian family)! 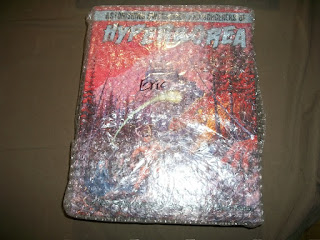 The North wind packing & packaging was excellent. They did this the right way unlike some of my packages in the past from lulu publishing which has gotten better.
But this fantastic Christmas present got me thinking about the on the table use of classic B/X Dungeons & Dragons & Advanced Dungeons & Dragons adventures with AS&SH. This comes adapting other OSR adventures as well but we'll get to that in a second. Jesus you could kill someone with this book don't mind my hairy Bigfoot like arm in the picture but check the quality of the binding on the side that's what I want to see in games.

The whole centeral focus of AS&SH system & campaign settings  are the writings of Clark Ashton Smith  & the Lovecraft circle of writers
But the DM shouldn't feel crippled by an official setting for AS&SH at all. Instead they should be making it their own. But the fact is that a lot of DM's & for that matter players don't have the time to do a lot of prep work & whatnot today. So instead their going to focus no classically published B/X D&D or AD&D first edition adventures. But I just briefly want to talk about the focus & flavor of AS&SH second edition. On the whole it can seem right out regular Dungeons & Dragons but its not. Instead the setting echoes the classic pulp era with HP Lovecraft & Robert Howard's mythos writing but it might also be the far future where Hyperborea is in its last gasps before the whole mass sinks into that bloated red sun. 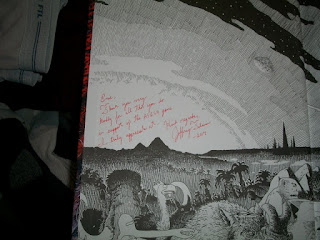 I really appreciate the sentiment Jeffrey seriously I do & right back at you.

For my 'Old Earth' campaign setting Hyperborea is a echo of a bygone war torn age. But for running something like the T1 The Village of Hommlet, the place is a bastion of civilization in the wilderness of cavemen,giants, etc. that are waiting to meet & eat your PC's head on. The PC's are going to need the Keep from The Borderlands  & want a base of operations straight out when adventuring on Hyperborea.The town of Swampgate & the introductory adventure does the exact classic bastion of civilization. The technological levels of AS&SH run from secondary Ice Age cavemen to Greek & perhaps in some of the most civilized areas mid period empire Rome. This means that wilderness adventuring  can be the rule not the exception on Hyperborea. And its that Weird Tales wilderness where villages & entire farms can be swallowed up by some Lovecraftian horror or nameless thing. Classic campaign run modules such as the Temple of Elemental Evil should be adapted to AS&SH not the other way around. There are the classic D&D monsters but in AS&SH they've been given a Hyperborean coating. Should the DM work with them they can surprise & kill even seasoned veteran player's PC's easily. The page meet is solid meaning that the binding is quality.Notice where the meet points are & how the pages are balanced.

This means that AS&SH is wearing its Sword & Sorcery origins quite literally on its sleeves. So I have a tendency to run classic Dungeons & Dragons modules with a twist or two that the players who have played the classics before are not expecting. Because let's face it 'gamers' in general are a pop culture wary & jaded lot. AS&SH's Hyperborea isn't drawing from one cycle of  Clark Ashton Smith's cycles or H.P. Lovecraft's writings its drawing from many of them. Stealing from them in the night & then moving on. This makes campaign play not only doable but it demands it. This isn't to say that you as a player or DM can't run one shot adventures in fact I would suggest a television episode style of adventures to expand & flesh out their Hyperborea setting because Sword and sorcery commonly overlaps with heroic fantasy. 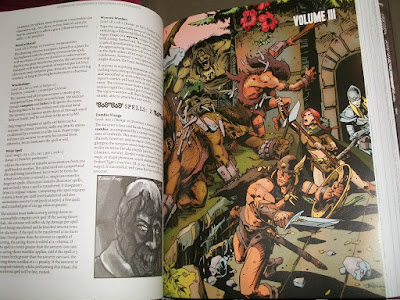 The color plates really do add to the spice of the setting and give the DM fodder. They lay the ground work with regards to the hows & why's of Hyperborea as a living breathing campaign adventure setting. They're gorgeous.

On the whole AS&SH is a classic OSR retro clone system & many of the fine OSR adventure products on the market can easily be adapted to the system. This also includes settings as well. Because in my mind AS&SH takes place in the far future its easy to adapt them to the AS&SH system. I reading some of this minor blog entry I make the whole thing sound plodding & as a stick in the mud serious retroclone. AS&SH can easily do classic Saturday morning cartoons such as 'The Herculoids' or 'Thundarr The Barbarian' as easily as Robert Howard's Conan. 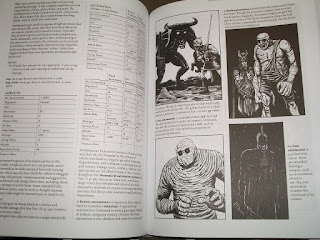 I haven't talked much about North Wind Adventures other official adventures like Beneath the Comet , Forgotten Fane of the Coiled Goddess, or Ghost Ship of the Desert Dunes
but especially The Mystery at Port Greely.
The Mystery at Port Greely is a recasting of  HP Lovecraft's The Shadow over Innsmouth onto Hyperborean shores. This adventure has given me the most campaign adventure hooks, player reactions, & TPK's of the AS&SH line. Why? Because its one of the defining Lovecraftian  adventures of Hyperborea. The adventure seems to fade from players minds for some reason but the events of the adventure point to a world baring threat with implications of Lovecraftian wars brewing on Hyperborea. This adventure has some very dire implications for my own 'Old Earth' campaign but we'll get to that soon enough. Mental note to self get a physical copy ASAP. Seriously I keep forgetting to order the physical copies of these adventures because last year I gave them to a friend as a Christmas present. 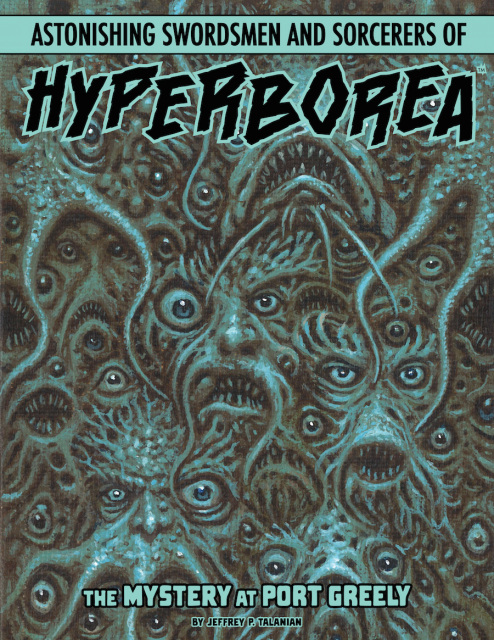 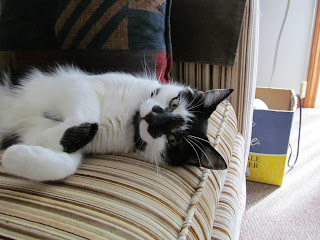