The stars echo with blood and thunder! The worlds of men tremble as a new chapter is writ among the stars once again!

Quick plot outline
It has been twenty years since the 'Extinction Wars' have made the skies over worlds boil with plague, death, and the darkness of insanity. Mankind in all his myriad forms is only starting to crawl from the the depths of depravity!
This is a time when adventurers are needed and only they hold the light of Promise for the worlds of man!
A party of adventurers and madmen known as the "Highway men" are only one of a hand full of legends that now shines their light again! But one of their number floats around a gas giant of hellish aspect lost to his fellows deep within Their territories!
A clan of Gene Sliced Space Vikings Raiders holds one of their number's ship within their borders! 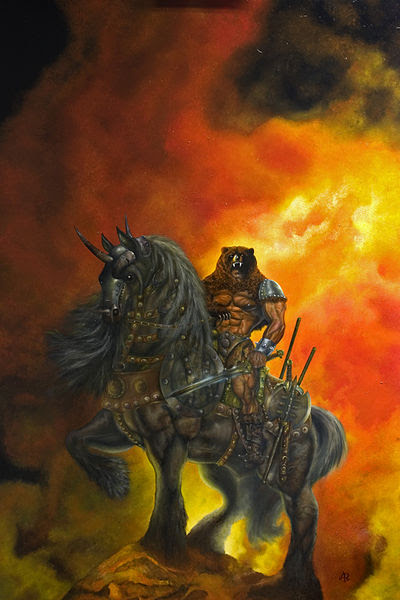 Gene Sliced Space Vikings Raiders
No Appearing 1d8
Armor Class: 2
Hit Dice: 3
Attack Bonus: +3
Damage: 2d8 Energy Spear
Skill Bonus:+1
Saving Throw 15+
Movement: 30'
Morale:11
Gene Spliced Warriors from beyond the stars who came in their 'long boat ships' from across the stars. Armed with energy spears, custom power armor, and vibro axes of incredible power these warriors divide themselves into clans and houses. They use merchants, traders, and who next works of spies to weave themselves through out the known universe picking out the richest worlds for plunder and more!

And so the saga continues! More later! 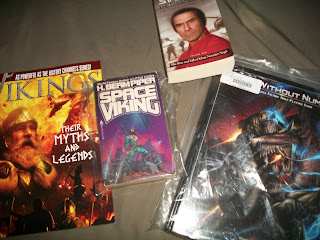 This sound track as well!