"How long have they been following us?!" Evin voice wavered in time to hot blasting swamp wind.
"Ten hours since we escaped that wretched temple" Ajax voice was weary after avoiding a lizard gator two hours back that took their hireling Mel down into the bracken waters. "We've got another mile or so to go before we get to our contact's boat Evin & I'm not going to end up in one of those lizard men bastard's stew pots."
"You've got a plan then?""Yes I do & it involves the last of the water proof alchemy explosive powder that we got from Hod The Limper that over priced alchemist of yours"
"You'd better let me in on more details of that plan of yours fast! "
The pair heard lizardmen foot falls now & the bastards weren't trying to hide their presence now. They were close now & the mud or muck wasn't slowing them down at all. They moved through it as if they were a monstrous part of the fetid landscape around the adventurers. They began to close the noose around the adventurers now ever so slowly. " 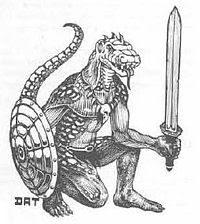 We got knocked off line for a 12 hours or so between last night & this morning. I've had some time to do a bit of thinking about swamps in my old school campaigns especially in B/X Dungeons & Dragons,  Advanced Dungeons & Dragons first edition, & Arduin. Bogs, swamps, & moors are the perfect place for trackless wilderness. They reek of the time long decay of things long past their prime & make challenging places for adventurers as well players. 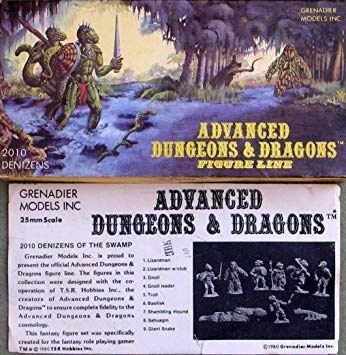 Blackmoor, Greyhawk, & Arduin all have one very interesting advantage for the dungeon master. All of these campaign setting locations have suffered incredible magical devastation & these places are the prime areas for toxic magical poisoning. Ecological destruction by these occult forces are perfect excuses for magical monster infestation & mutant horrors. Adventurers might encounters the survivors of various former ancient city or dungeon locations. Trolls, swamp giants, basilisk, & all kings of giant creatures could encounter adventurers. Swamps, marshes, etc. are the perfect breeding ground for magical plagues, disease, & more. 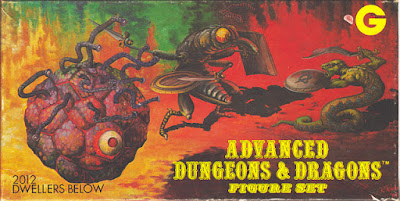 Blackmoor, Greyhawk, & Arduin have all suffered from massive magical disasters with rich dungeon pickings. Ruins are scattered across these campaign settings & relic hunting in these areas come with large sets of risks & investments by patrons for these types of expeditions. 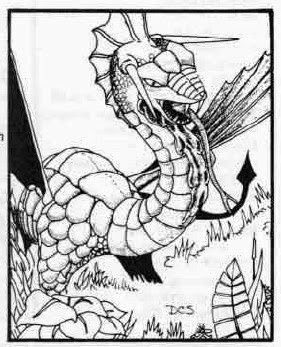 This is a perfect setting to bring out some of the all time swamp & marsh classic old school monsters:
Posted by Needles at 1:10 PM