So I've been thinking about the Advanced Labyrinth Lord  Kickstarter & playing around with using Swords & Wizardry adventures & settings with it. I read about Glynn Seal of Monkey Blood Design's bad news tonight; "Okay, so my pickup truck failed its MOT test.To get it through, the running total is now at £920 GBP. Holy shit! I've never had a failure that bad... and I need my truck.

It turns out this year was the wrong year to go freelance.
If anyone wants to empty their wallet buying MonkeyBlood Design stuff, or commission me (although I'm tied up for a few weeks at the moment), or just share this around, please feel free to do so and thank you in advance!" 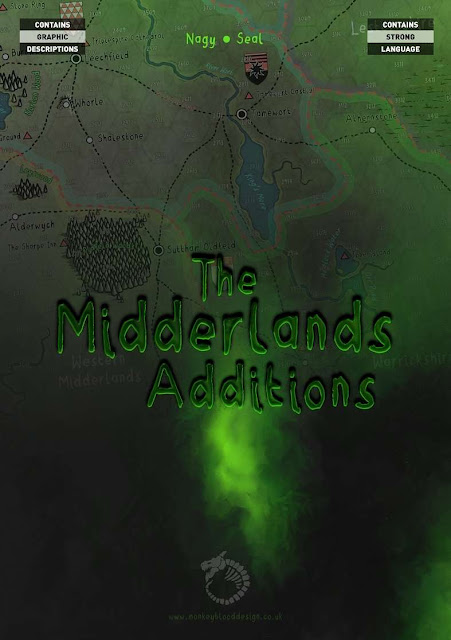 But this also got me thinking about Glynn's Midderlands mini sand box setting which is really weird because its for Swords & Wizardry. But it takes very little to convert on the fly from one OSR system to other.
Part of the idea of the Midderlands mini setting is that the deeper down you go the further you get into the green tinged Gloomium & primal chaos of the setting. This idea of primal chaos also got me thinking of Jason Sholtis's Operation Unfathomable. 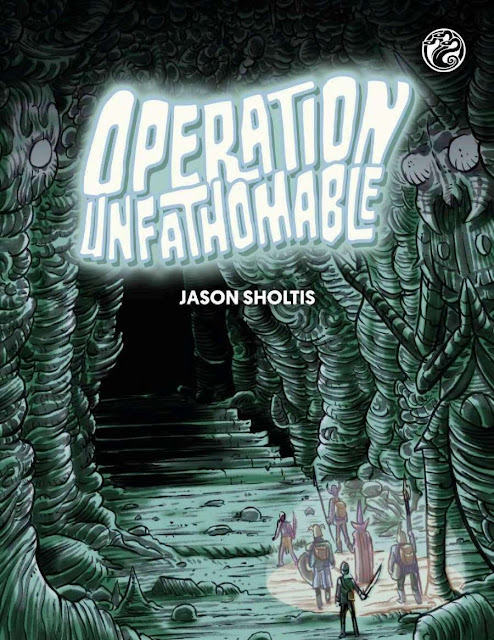 Seal's Midderlands has a completely different feel then Shotlis setting. The Midderlands is completely fantasy United Kingdom on acid with splashes of dark fantasy scattered throughout. While Sholtis's setting that has a mix of dark fantasy comic book meets high weirdness with touches of Lovecraft & they had  a dungeon setting love child. Operation Unfathomable is weird & bizarre OSR adventure.
There would seem to be very little in common between the two product's settings except for the fact that both have a miasma of chaos madness  tinged in the center of their respective underground worlds.
Its in the dungeon underworld where the two settings can be completely hooked up. The Middenlands could be an isolated & comparatively idyllically stationed backwater of a campaign world. The rest of the world however is a stinking mire of  dark fantasy typical an old school or OSR game Europe.
There are a few ways that marrying these two settings can easily & painlessly done in my mind:
Stefan Poag's artwork from the Operation Unfathomable book  quickly illustrates the exact sort of a situation that I'm speaking of.
" The above illustration shows an ‘Underworld ranger’ discharging his lightning pistol at a perfidious mind-bat while another ranger reels from the psychic attack they have already suffered — all creatures and situations from the dark corners of Sholtis’ fertile imagination." 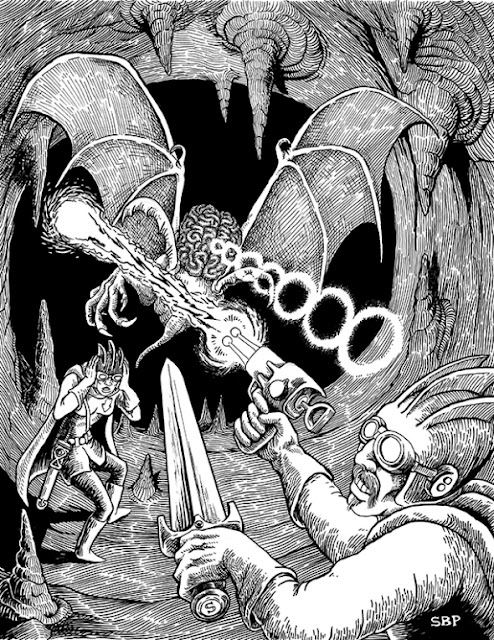 I really can stop thinking about marrying this up with the back story of Henchmen Abuse's the Anomalous Subsurface Environment  ASE1 & ASE2&3 world.  Everything is completely in place for a massive campaign world. The factions, the science fantasy high weirdness, the world churning events, etc.
The whole affair would be massive undertaking with three or more dungeon masters handling the gonzo & completely dangerously insane world affair. This is why I'd run the whole thing with Labyrinth Lord.
The question is are the adventurers of the Midderlands mini sand box setting ready for the high weirdness awaiting them in the greater world or underworld?! 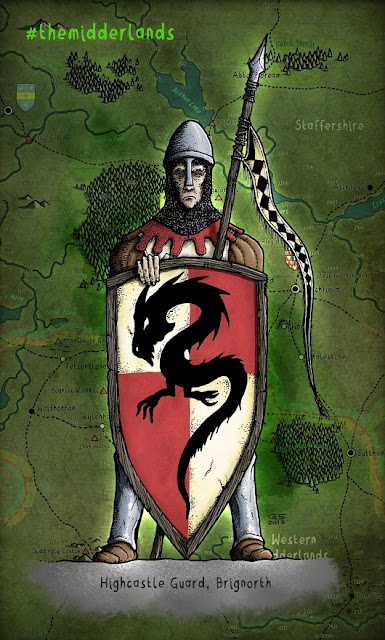 I think that both OSR settings have a lot of campaign milage to offer the players & the dungeon master. This is a sweet little chaos laden campaign affair that could have players coming back to the table for many years to come!
Next time back to Arduin on the blog tomorrow!