Labyrinth Lord Free Across The Planes! The One Man Crusade Continues!

So yeah, I've been on this one man crusade for Labyrinth Lord for the past three or four weeks now. Why?! Well because the game doesn't get enough attention damn it! So its been an interesting uphill battle to say the least.
So I've gone back to the source material in this case way back to the Saturday, April 21st, 2012 Black Gate article by Daniel Proctor as to why he created Labyrinth Lord. 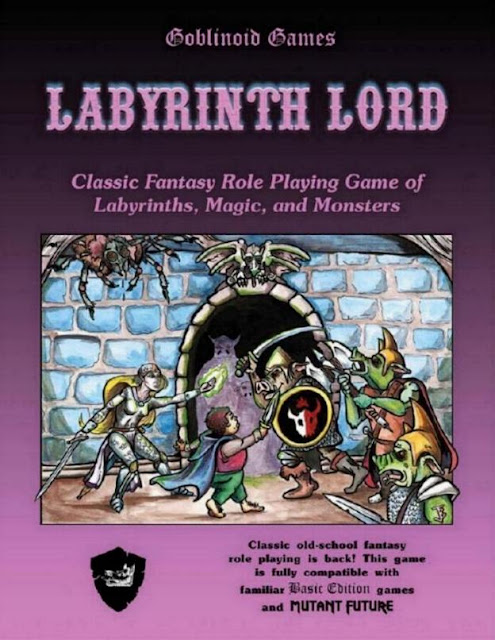 Edit and now it seems that Dan just launched the Kickstarter for the Labryth Lord Advanced Companion with a dozen kickstarter cover options available today!
Already the kickstarter is half way funded! Seems that LL's on the uptick again! But how does the game stack up against Swords & Wizardry?Well in my research on the game I came across,  How does Swords & Wizardry differ from Labyrinth Lord?

Yes I totally posted this the other day but then I contrasted it with this Dragon foot forum thread; " BECMI, B/X, Dark Dungeons or Labyrinth Lord?"

" LL is derived from Moldvay/Cook/Marsh Basic/Expert but instead of a level 14 cap it goes up to level 20. LL is nice as it may not take your character up to level 36, but you do get to level 20 (with some classes) instead of level 14."
This was posted by MageInBlack
But the interesting bit was using classic AD&D modules with Basic

"Oh yeah, I use AD&D modules all the time. I convert the module to suit the PC's, not the other way around. Except for the obvious basics such as Armor Class, Damage, Hit Dice, Monsters, Saving Throws and Spells, there's really not a whole lot of conversion to do. Honestly, most of it can be quickly taken care of "on the fly" while running the module. As long as you're familiar with whatever version of "Classic D&D" you've chosen, it's really a no brainer."
This is entirely unnecessary when it comes to Labyrinth Lord because of the Labyrinth Lord Advanced Companion. The no art versions of LL & The Advance Companion are  entirely free by the way here. 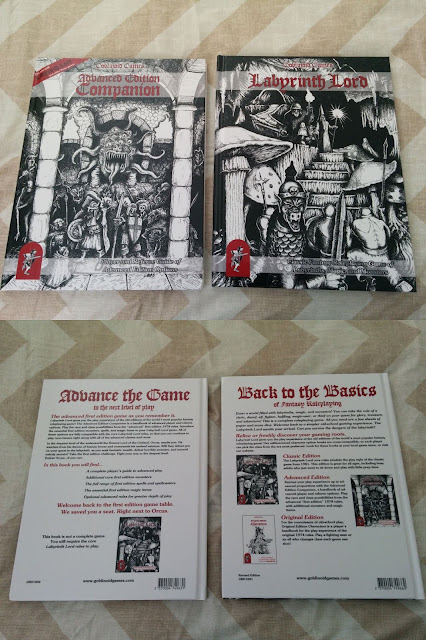 If you still don't believe me then check out this thread over here at the RPG Geek site from 2014 about the Advanced Companion.
Why would you want such a clone when B/X Dungeons & Dragons is readily available?! Not everyone has access to the B/X books folks. Seriously there are folks who still in 2018 don't have access to the internet & don't even know about the OSR. We have a tendency to think that the OSR is high profile. Recently I gave copies of both the Labyrinth Lord Rule book & the Advanced Labyrinth Lord Companion to a friend whose only now getting into the OSR.
One of this gentleman's players was a former Spelljammer dungeon master & was complaining that the OSR doesn't have any campaign settings like the classic second edition setting.
Now I've posted about this little matter before but another OSR clone that I love that I don't talk about is Dark Dungeons From Gurbintroll Games. 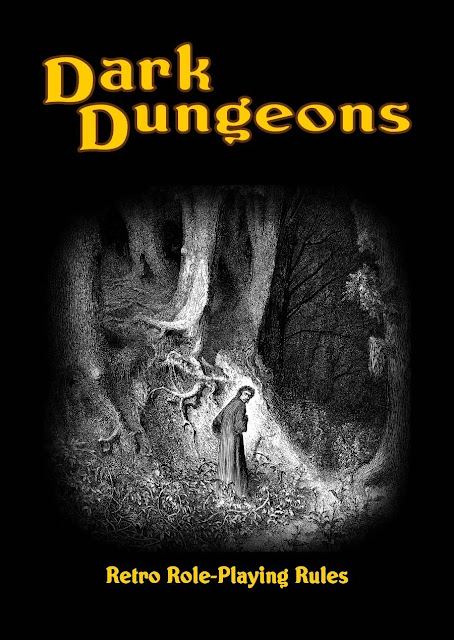 This wonderful little OSR retroclone has a number of  one very interesting wrinkles in it. One of those happens to be cross compatible rules for planejammers in it! They're not called that but that's exactly what they are so have at thee across the planes! Did I mention that Dark Dungeons is also a free PDF? Its one of my all time favorite clones & does an excellent job!
Dark Dungeons Is Available Free Here!
Posted by Needles at 11:07 AM