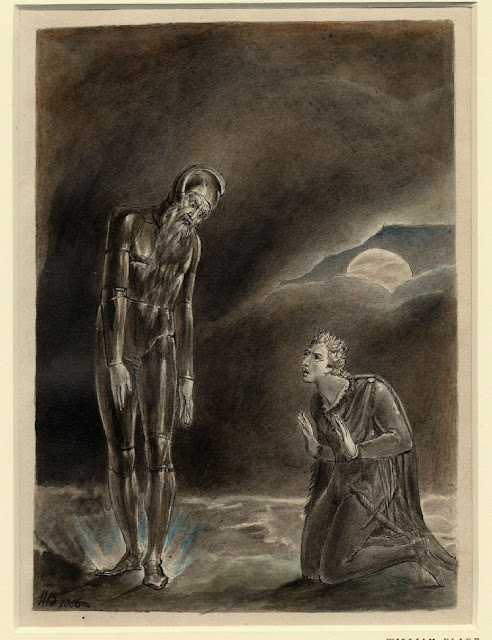 There are echoes of ancient lost souls & civilizations that exist on the fringes of the world, places that no man can or should visit but adventurers & outlaws frequently trespass. These are alien places left over from from things & beings who have passed beyond the turn of the wheel. These beings have lost themselves to the darkness of time. Those who dally with such sites risk the anger of ancient gods & alien soul guardians
"Now as the twilight's doubtful interval
Closes with night's accomplished certainty,
A wizard wind goes crying eerily,
And on the wold misshapen shadows crawl,
Miming the trees, whose voices climb and fall,
Imploring, in Sabbatic ecstacy,
The sky where vapor-mounted phantoms flee
From the scythed moon impendent over all.
Twin veils of covering cloud and silence, thrown
Across the movement and the sound of things,
Make blank the night, till in the broken west
The moon's ensanguined blade awhile is shown....
The night grows whole again....The shadows rest,
Gathered beneath a greater shadow's wings."


Those who dare to cross in to the bounds of such places risk not only life & limb but their very existence & souls. Things from across space & time feel on the foolish, the unwary, and the stupid. Those adventurers who die in places caught between life, death, & the Outer Darkness become worse monsters. Beings whose very existence is one of damnation & unending horror.
Anyone coming into contact with undead monsters such as these risk a curse of highly dangerous circumstance. Often this curse can take the form of an unending looping hell of repeating time in which the victim repeats their own actions that lead to their demise. The undead spirits and demonic entities that create such circumstances place their victims in these weird looping limbos to feed off of the very soul stuffs of their victims. Some victims can escape with a save vs death to realize the cold hell they find themselves in. 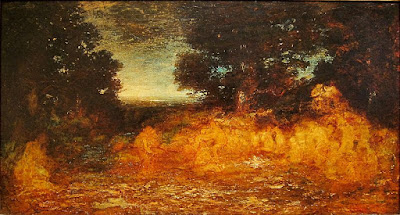 These cold dead Hells are near the Outer Darkness where thousands of souls are trapped within 'weird time', this strange time exists outside of the normal flow of time crossing into the boundries of the 'real' at certain key points. Undead and alien ghosts often make their homes here feeding off the strange occult energies that such places produce. There are often strange & wily treasures in such places worth from 30,000 to 60,000 gold pieces to the right collectors of such occult & esoteric wares. But beware for many of these items are cursed and very dangerous. 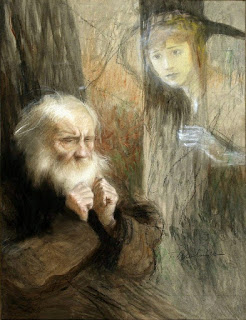 Where mandrakes, crying from the moonless fen,
Told how a witch, with eyes of owl or bat,
Found, and each root maleficently fat
Pulled for her waiting cauldron, on my ken
Upstole, escaping to the world of men,
A vapor as of some infernal vat;
Across the stars it clomb, and caught thereat
As if their bright regard to veil again.

Despite the web, methought they knew, appalled,
The stealthier weft in which all sound was still. . . .
Then sprang, as if the night found breath anew
A wind whereby the stars were disenthralled. . . .
Far off, I heard the cry of frustrate ill,
A witch that wailed above her curdled brew.
Averted Malefice  (1912)  by Clark Ashton Smith


Here then are seven damned souls of horrid and dangerously cursed aspect caught in the cold limbos and weird circumstances outside of the normal & the weird. These spirits are often level drainers who feed on the souls of those who blunder into such fringe areas.