"A sinister force, long thought destroyed, stirs from the black hole that spawned it. Like an ebony darkness it prowls the land and safety is but an illusion, for it watches from every shadow and ponders possibilities.
What began years ago, with the introduction of the players to the quiet village of Hommlet and the amazing lands of Greyhawk, at last is complete. Here is the long-awaited campaign adventure, featuring the ruins of the Temple of Elemental Evil, where a great evil broods and grows beneath its blasted stones. This is your chance to drive it back and scatter its force again. " "The Temple of Elemental Evil is an adventure module for the fantasy role-playing game Dungeons & Dragons, set in the game's World of Greyhawk campaign setting. The module was published by TSR, Inc. in 1985 for the first edition Advanced Dungeons & Dragons rules. It was written by Gary Gygax and Frank Mentzer, and is an expansion of an earlier Gygax module, The Village of Hommlet (TSR, 1979)."Its been a long while since I busted out my copy of T1-4 Temple of Elemental Evil but I've been really mainlining a ton of Clark Ashton Smith, Robert Howard, some Lovecraft, & some Fritz Leiber. When it comes to making PC's go through the gauntlet of levels nothing works like the classic 'Temple of Elemental Evil'. This brutal adventure takes player characters from levels one through nine. I've been rereading T1-4 with a wary eye to adapting it to my 'Old Solar System' and I might have figured out a way of doing it. At its heart Temple of Elemental Evil is a take on the rising of a cult of religious belief that echoes many of the themes found in Clark Ashton Smith. Among them are the strains of  theme of cosmicism which Lovecraft uses harshly as the central theme of the Cthlhu mythos. But Smith uses the literary philosophy  ironically and with sardonic wit while Howard & Leiber uses it with bloody violent effect.

'cosmicism (uncountable) The literary philosophy developed by the American writer H P Lovecraft, stating that there is no recognizable divine presence, such as God, in the universe, and that humans are particularly insignificant in the larger scheme of intergalactic existence.'
Echoes of it can be seen in the beginnings of the Elemental evil religion can be The Forgotten Temple of Tharizdun Campaign Module WG4. It begins to pick up speed in Temple of Elemental Evil when the evils of the temple itself have begun to return en mass. 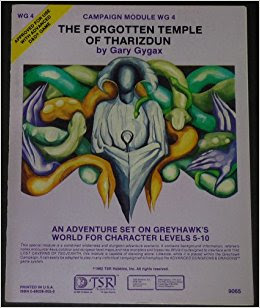 But how does this relate to the cult of elemental evil growing stronger in other settings? No action especially one in the occult world goes unnoticed. The temple's rise to power might be sparking the cult to boldness in other campaign settings. Perhaps the elemental cult is connected to the Ice Worm cult  of The Coming of the White Worm.
Perhaps as cycles are prone to repeat themselves in history and life that  the White Sybil &  the glacier of Polarion with its doom have returned. Could the Temple of Elemental Evil also mark the opening of doors and other ancient portals to Oerth? The lands surrounding the temple are going to need heroes & very badly. 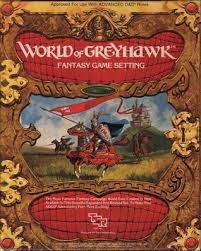 If the events of the T1-4 give rise to the White Sybil from Clark Ashton Smith's Coming of the Ice Demon.
That perhaps this entity might be related to Robert Howard's "Atali." of The Frost Giant's Daughter through a parentage with her father, Ymir. The idea here is that the coming of the elemental cult acts as a signal across many worlds. This denotes a rise as the clock for the stars to come right ticks a bit more. 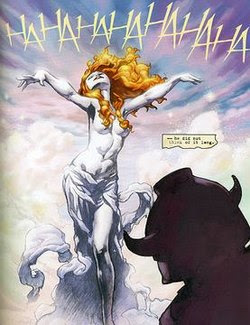 An interior panel of the Conan #2 (Collected in The Frost-Giant's Daughter And Other Stories) comic adaptation by Kurt Busiek featuring the art of Cary Nord and Thomas Yeates.

All of these events could be echoing throughout history and serve as a fulcrum for the coming of the Ice Kings from the  Black Amazon of Mars  by Leigh Brackett.
They might have been let loose by the strengthening of the forces of chaos causing the artifact that keeps them in check on Mars to be weakened. This might be just enough for them to begin causing havoc across world. The PC's might indeed have their hands full. All of these events can be sinked into a high level campaign involving the Descent into the Depths of the Earth & The Giant Series after handling the events if the PC's even survive the hell ride that is the Temple of Elemental Evil. Its very simple to change the Koa Tua to Deep Ones & the Drow into Myrkálfar of Norse legend to get a far more Sword & Sorcery feel. 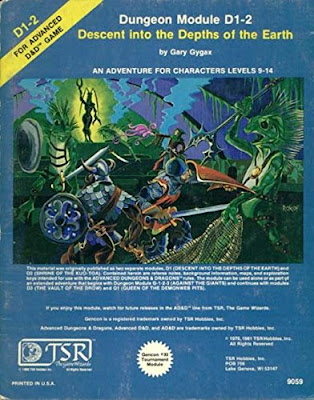 Will there be technology or black technology relics involved? Well kids it really doesn't matter because none of those toys are going to be of any use saving your PC's from the possible cold frozen Hell that awaits them?! Of prime importance is the use of the village of Hommlet as a base of operations and clearing out the dungeons surrounding the area. This is going to be of prime use to the PC's. I've run the Temple of Elemental Evil four or five times now as prime campaigns & each time there have record numbers of PC deaths. The last time T1-4 was tied into events as  the back bone of  Temple of Elemental Evil adventure & kicked off by some of the events of Beneath The Comet  But that was also the same time I used Beyond the Ice-Fall from  Raven God Games to adapt certain elements into a more unified campaign background on the fly. It worked out quite well.  The awaiting of the Temple of Elemental Evil is a huge event in a campaign world and it signals the coming of very dangerous apocalyptic forces upon the face of an adventure setting. It still remains one of the gold standards in my humble opinions for old school adventuring and playing. 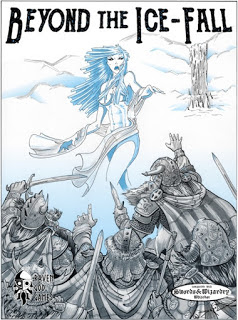