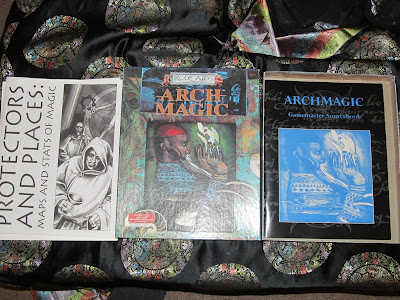 Its been a very long time since I cracked open my copy of Mayfair Games Archmagics which was released back in 1993 at the height of the Advanced Dungeons & Dragons second edition revamp.
Role Aids has had a very storied history with classic era TSR according to the Role Aids Wiki entry; "As a veteran role-playing gamer, Bill Fawcett decided to get Mayfair Games into the RPG field, and the company kicked off its Role Aids game line with Beastmaker Mountain (1982).[1]:166 Darwin Bromley was involved with the Chicago Wargaming Association's convention, CWAcon, where Mayfair's first fantasy adventures in their new Role Aids game line were run: Beastmaker Mountain, Nanorien Stones (1982) and Fez I (1982).[1]:166 With Bromley's legal expertise, he felt that Mayfair could legally use TSR's trademarks as long as they were careful, so beginning with their Dwarves (1982) supplement Mayfair made it clear that they were not the trademark holders by printing on the cover: "Advanced Dungeons & Dragons is a trademark of TSR Hobbies, Inc. Use of the trademark NOT sanctioned by the holder."[1]:166

Gary Gygax had advocated arranging a licensing agreement between TSR, Inc. and Mayfair Games for their Role Aids line of game supplements, but was outvoted in the board meeting considering the question.[2]
In the early 1990s, Ray Winninger resurrected the Role Aids line, determined to recreate it with AD&D material that was more sophisticated than what TSR was offering at the time.[1]:168
In 1993, Mayfair was sued by TSR, who argued that Role Aids—advertised as compatible with Advanced Dungeons & Dragons—violated their 1984 trademark agreement. While the court found that some of the line violated their trademark, the line as a whole did not violate the agreement,[3] and Mayfair continued publishing the line until the rights were bought by TSR."

Alright so that's the sorted history of Role Aids but Archmagics box set does something interesting it takes the standard Advanced Dungeons & Dragons system & adds another layer of magic too it. This is in keeping with the Role Aids manifesto which is summed up best in the Role Aids line as a whole in The Space Gamer #58 review articles by Kelly Grimes and Aaron Allston;  ""most of the titles are characterized by a great deal of thought, attention to detail, and usefulness, and can indeed provide relief to the harried gamemaster."[4] They noted that "all four are characterized by good printing quality and typesetting, adequate-to-good layout and formatting, average maps, and mediocre art; the folders for the adventures seem sturdy enough and are an innovative touch."[4] They concluded the review by saying: "For the most part, the RoleAids are worth the asking price. Most of the modules share some minor problems. It seems as though each designer decided at some point, 'This is where my contract says I ought to get silly.' Silliness is not inherently wrong for FRPGs – but here it occasionally serves to break a mood that the designers (and DM) might had worked too hard to set.""
This ethos is especially true of Archmagic box set, we get a whole other AD&D PC wizard branch off class, commentary, artifacts,etc. along with a high level adventure/dungeon setting. Surely this isn't even romotely related to my Godbound/Cha'alt game right?! 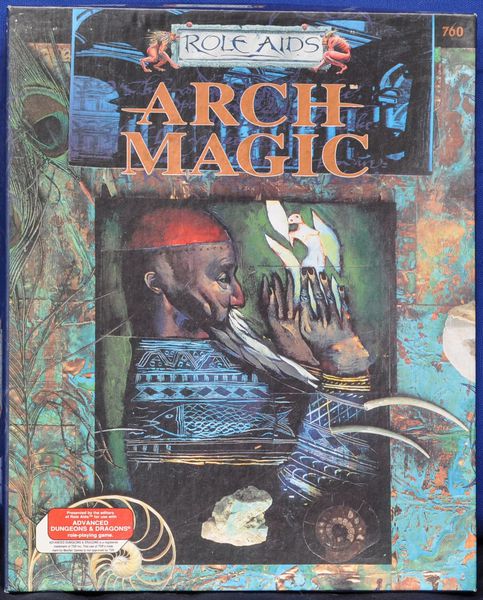 Wrong the Archmagic box set adds an entirely new system to the AD&D game but that's not all. Since I'm using Godbound as the base or back bound system this box set can easily be added in with an Original Dungeons & Dragons Archmagics conversion from the Pandius website.
The Archmagic box set can be used to simulate those high level wizards in Astonishing Swordsmen & Sorcerers of Hyperborea because of its Advanced Dungeons & Dragons pedigree. But come on Archmagics can't be used with a gonzo setting like Cha'alt right?! 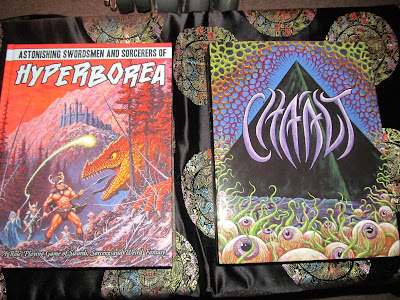 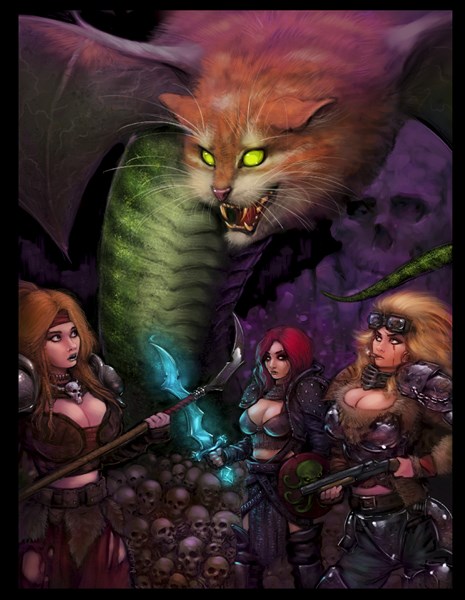 But let's take the Archmagic AD&D analogy even further with the Lion & Dragon rpg  by saying that many of the higher level rites, rituals, & artifacts in found in Lion & Dragon are right within the purview of the Archmagicians described. 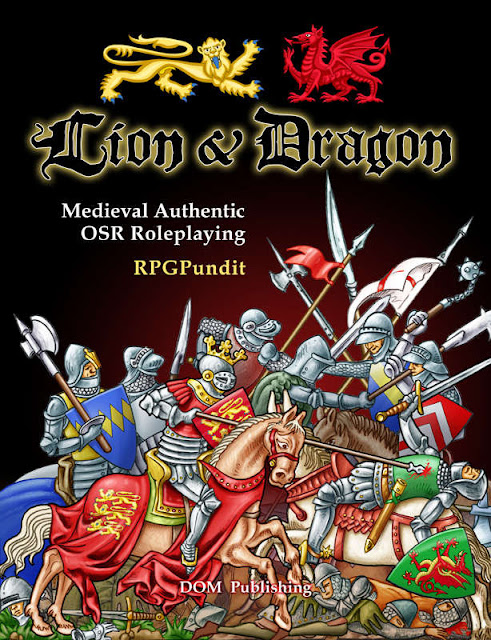 RPGPundit Presents: The Old School Companion 1 magics, artifacts, & expanded Lion & Dragon occult & suppernatural add ons especially the demonic & Chaotic weirdness fit right into the world setting for Archmagics. Some assembly may be required but it fits in quite nicely. 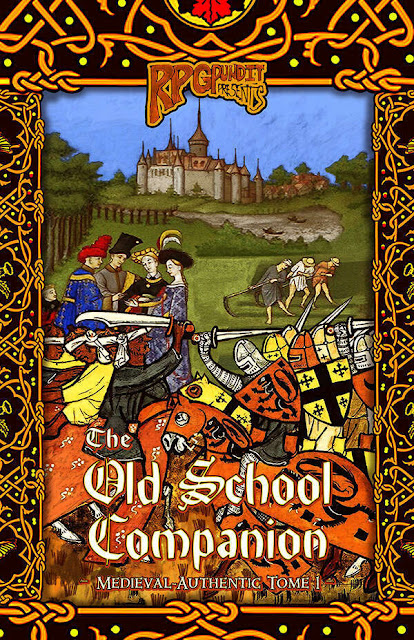 The Archmagicians of Role Aids are not the flashy casters of comic books but the occultists & wizards of legend. They have the spark of mythology, the flash of occult legend, & the conjuring power of straight up Swords & Sorcery style magic. Alas the Role Aids Archmagics box set by Mayfair Games has been long outta of print & these days many internet sellers want stupid money for it as a collector's item. But with a little digging this relic of the Advanced Dungeons Dragons Role Aids days can be made to work in your home campaigns once again.

The OD&D Archmagic conversion
from the Vaults of  Pandius Site
is Found Here.
Posted by Needles at 9:11 PM