Movies, mayhem, & a bit of that old Seventies & Eighties cosmicism to the tune of original Dungeons & Dragons. Yesterday I covered part I & today we're climbing into the urban jungle. 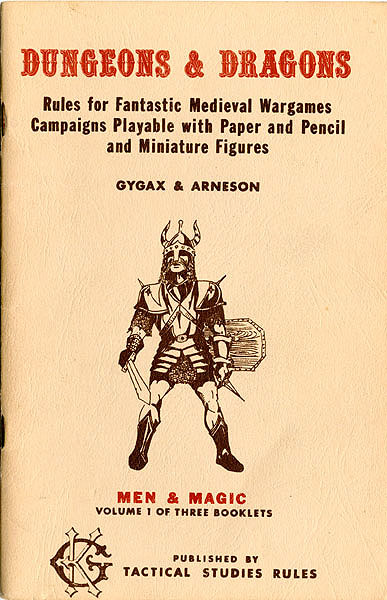 So last night once again I cracked my copies of original Dungeons & Dragons & began thumbing through volume one of Men & Magic. Playing in the background was I like to refer to John Carpenter's 'Death of the American Dream Saga'. The Saga consists the film of Escape From New York, They Live, & Escape From L.A.. So what does this have to do with cosmicism of H.P. Lovecraft & the Lovecraft circle of writers? Plenty. In Eighty One the future of Ninety Seven seemed really cool but Eighty One was the same year I discovered H.P. Lovecraft's The Horror At Red Hook.

I know all about the racists attitudes & connections of the story because my grandfathers were  Italian immigrants on both my mother & father's sides. This doesn't take away from the punch of the story nor its other gaming connections. These same urban elements in Escape From New York & taken to absurd levels in Escape From L.A. had their roots in the pulps of the Twenties & Thirties.
"Lovecraft referred to the area's immigrant population by referring to Red Hook as "a maze of hybrid squalor".[3] He spelled out his inspiration for "The Horror at Red Hook" in a letter written to fellow writer Clark Ashton Smith:

The idea that black magic exists in secret today, or that hellish antique rites still exist in obscurity, is one that I have used and shall use again. When you see my new tale "The Horror at Red Hook", you will see what use I make of the idea in connexion with the gangs of young loafers & herds of evil-looking foreigners that one sees everywhere in New York.[4]

Lovecraft had moved to New York to marry Sonia Greene a year earlier, in 1924; his initial infatuation with New York soon soured (an experience fictionalized in his short story "He"), in large part due to Lovecraft's xenophobic attitudes. "Whenever we found ourselves in the racially mixed crowds which characterize New York, Howard would become livid with rage," Greene later wrote. "He seemed almost to lose his mind."[5]
Much of the magical background to the story was lifted from the articles on "Magic" and "Demonology" in the 9th edition of the Encyclopædia Britannica, written by anthropologist E. B. Tylor.[6] Daniel Harms and John Wisdom Gonce note the spell Lovecraft quotes and describes as a "demon evocation", was actually an incantation used for treasure hunting.[6] The use of the Yezidi as devil-worshipping villains seems to have been inspired by E. Hoffmann Price's "The Stranger from Kurdistan""


So all of the occult & demological imagery used in the Lovecraft story would inspire E. Hoffmann Price but also inspire Clark Ashton Smith & Robert Howard as well. It would also inspire the modern Sword & Sorcery tales of Fritz Leiber. There has always been an element of urban horror in the background of Sword & Sorcery especially the tales of Robert Howard's Conan. To take it a step further the misanthrope,outsider, & throw backs to another age adventurers  against the truly alien. What if the foreigners really are foreign to our reality. The urban becomes the breeding ground for the truly alien because we are completely blinded by our own preconceptions & prejudices of civilization.
The alien humanoids of Dungeons & Dragons are perfect examples of the urban
cosmicism echoing through the game.  The Advanced Dungeons & Dragons Goblin races are a perfect example of this. Forgot the Orc and its brood. The Goblins have no origin point except in mythology & legend of Europe.
The goblin races originally have an infernal origin point;
"English goblin is first recorded in the 14th century and is probably from unattested Anglo-Norman *gobelin,[1] similar to Old French gobelin, already attested around 1195 in Ambroise of Normandy's Guerre sainte, and to Medieval Latin gobelinus in Orderic Vitalis before 1141,[2][3] which was the name of a devil or daemon haunting the country around Évreux, Normandy.
It may be related both to German kobold and to Medieval Latin cabalus, or *gobalus, itself from Greek κόβαλος (kobalos), "rogue", "knave", "imp", "goblin".[2][4] Alternatively, it may be a diminutive or other derivative of the French proper name Gobel, more often Gobeau," 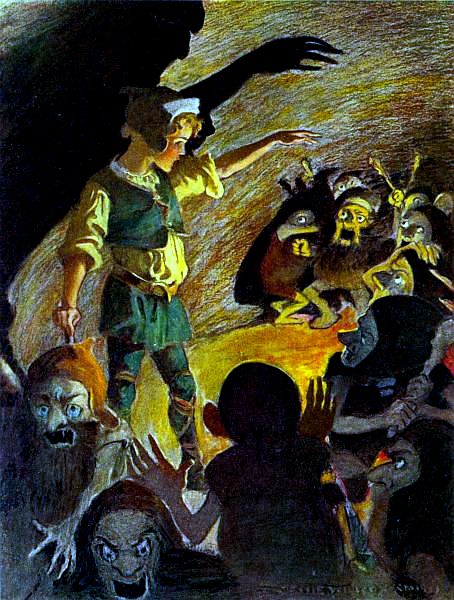 Every other humanoid race springs from the origin point of the Goblin race in Advanced Dungeons & Dragons first edition especially the numerous humanoids of The Fiend Folio. And this is no accident because no matter how you slice it these humanoid races are bringers of chaos & servants of evil. T.E.D. Klein's Children of the Kingdom goes into the matter quite nicely. 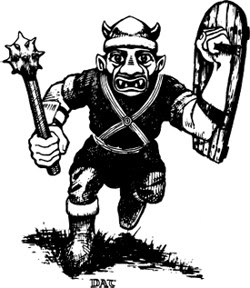 For the origin of the chaos that creates & grows these things I turn back to American author Fritz Leiber's Our Lady of Darkness (1977)' fictional occult science  "Megapolisomancy". Here the black magick of the cities is literally the power engine of the dungeon.Monsters spawning these things from the universal  generator of  mankind.. That is with a bit of help from The Outer Darkness. This might also help explain some of the weirder & more dangerous artifacts & treasures found in various dungeons.
Cities are unto themselves the dungeons that create these horrors but the black abyss awaits within. John Carpenter's 'They Live' shows some of the owners of the urban ruins & dungeons.  Fritz Leiber 's Fafhrd and the Gray Mouser stories also get into various alien outsiders who try to invade his world. Many of these stories carry the same message as 'They Live'.


The urban environment is always on the edge of becoming the dungeon or ruin adventure location and this was something that doled out nicely in the three original Dungeons & Dragons books. 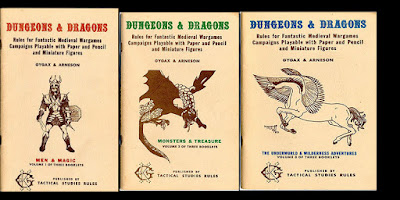 The force of suns had waned beyond recall.
Chaos was re-established over all,
Where lifeless atoms through forgetful deeps
Fled unrelated, cold, immusical.

Above the tumult heaven alone endured;
Long since the bursting walls of hell had poured
Demon and damned to peace erstwhile denied,
Within the Abyss God's might had not immured.

(He could but thwart it with creative mace. . . .)
And now it rose about the heavenly Base,
Mordant at pillars rotten through and through
Of Matter's last, most firm abiding-place.

Bastion and minaret began to nod,
Till all the pile, unmindful of His rod,
Dissolved in thunder, and the void Abyss
Caught like a quicksand at the feet of God !