Evil with a capital 'e' is seen as hokey & corny, but a recent four A.M. marathon viewing of the 1979 Tobie Hooper's Salem Lot has made my thoughts turn back to Arthurian literature. What does the concept of 'the Wasteland' of mythology have to do with a 1979 adaptation of Stephen King's classic vampire book?!


Well everything when it comes to Renegade Heroes, Tyrannical Conquerors, & Wasteland Kings! What the Hell is that title? Its my  turn of the of the century alternative Earth setting & system,an old school OSR hybrid of Adventurer, Conqueror, King's Barbarians of Barbarian Conquerors of Kanahu mixed in with Troll Lord Games Amazing Adventures firearms rules, modern equipment & more.

Salem's Lot concern's itself with the theme of evil attracting more evil leading to the death of Salem's Lot. The Marsten house is pit of boiling corruption that attracts the vampire lord Kurt Barlow (Reggie Nalder) & his servant Richard Straker (James Mason). Its the small town complacency of the town's residents that opens the door for the vampire's corruption that literally invited into Salem's Lot.
But the town of Salem's Lot's fate is sealed in the opening credits. The wind blows dust & dirt around some of the abandoned store fronts & buildings as the main character drives into town. The impotence of the town's residents  in the face of the murders that occurred at the Marsten house act the catalyst for wasteland to gain a foot hold in Salem's Lot. This same theme runs through the Arthurian literature's Grail cycle.
"In the Arthurian Grail material, the Wasteland's condition is usually tied to the impotence of its leader. Often the infirmity is preceded by some form of the Dolorous Stroke, in which the king is injured tragically for his sins but kept alive by the Grail. In Chrétien de Troyes' Perceval, the Story of the Grail, the Fisher King has been wounded in a misfortune that is not revealed in the incomplete text, and his land suffers with him. He can be healed only if the hero Perceval asks the appropriate question about whom the Grail serves, but warned against talking too much, Perceval remains silent. In the First Continuation of Chrétien's work, the anonymous author recounts how Gawain partially heals the land, but is not destined to complete the restoration. Over the course of time romances place less emphasis on the Wasteland and more on the king's wound. In the Lancelot-Grail Cycle the link between the devastated land and the wounded king is not absolute, and in the Post-Vulgate Cycle much more emphasis is placed on King Pellehan's injury by Sir Balin than on the devastation this causes to his kingdom.
Scholars of the earlier 20th century devoted much study to the Wasteland motif. In one of the more popular works on the subject, From Ritual to Romance, author Jessie Weston suggested that the origin of the motif lies with an otherwise unattested pagan fertility cult. The book is mostly disregarded today, though T. S. Eliot credited it as the source of the title and the largest single influence on his famous poem The Waste Land." 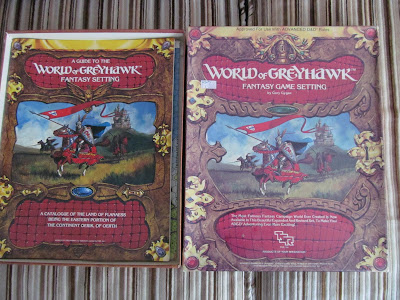 In classic original Dungeons & Dragon's campaign settings  such as Blackmoor &  Greyhawk the dungeon attracts even greater evil to it. The wounded king allows the evil in & the corruption takes hold this is especially true of Gary Gygax's classic Greyhawk setting.
In OSR terms Adventurer, Conqueror, King's main rule book has the sink of evil optional rules & it certainly fits the pulpy background of Renegade Heroes, Tyrannical Conquerors, & Wasteland Kings Pan America setting. The corruption of the dungeon literally attracts more evil men, cultists,  monsters & demons to it! Blocks of houses & buildings might have literally ruins & horror filled dungeons crawling under them. 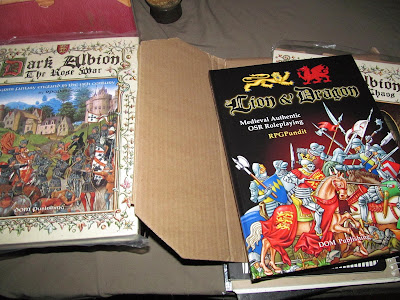 The Lion & Dragon retroclone rpg has some great rules & suggestions for incorporating in the ideals & guidelines for a slower corrupting form of Chaos. Given some of the Arthurian origins of my heroes in Pan America I'm going to be taking full advantage of those. These same apocalyptic cycles of ending are exactly the sort of thing that Clark Ashton Smith wrote about in his Hyperborea cycle.
The monsters are carrying out a cosmic directive as the world moves on. And there's  a Cosmicism  indifference & ironic humor  in the in the monsters visage in Clark Ashton Smith's tales.


This is the same strain of wild weirdness that we get in Astonishing Swordsmen & Sorcerers of Hyperborea second edition's latest adventures The Anthropophagi of Xambaala & The Anthropophagi of Xambaala. Why? Because the PC's in AS&SH are literally adventuring within a wasteland where time has passed the world by. The wasteland has engulfed the world & torn it from its moorings on Earth. AS&SH takes its 'P's & 'Q's from the Lovecraft circle. Its no accident that Underborea is so dangerous but by design of gods whose time has passed on. 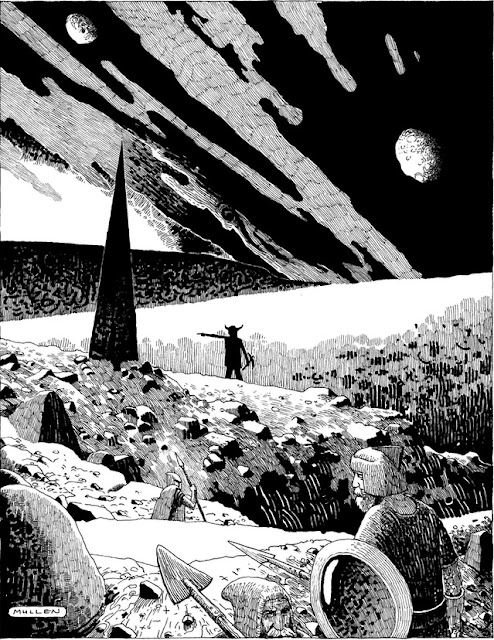 I've avoided Stephen King's Dark Tower series on purpose because it's just too damn expansive for my blog today. The idea that he adventure location is brought with  the 'sins' of evil of locals &  monsters are drawn to dungeon and vice versa isn't new but it does present some very dangerous opportunities for PC's. More to come
Posted by Needles at 10:11 AM