After running through X3 Curse of Xanathon By Douglas Niles over the weekend the smell of beer, Diet Mountain Dew and sword & sorcery hi jinks hadn't left me for Monday. So I started thinking about past OD&D higher level flights of fancy that might be of use with the Astonishing Swordsmen and Sorcerers of Hyperborea rpg engine. My mind raced back to CM1 Test of the Warlords also by Doug Niles.  Test of The Warlords is where your PC's step up to higher level ruler ship and concerns with dominions and kingdoms of their own? Or go back to being murder hobos?
GRAB IT RIGHT HERE
CM1 Test of the Warlords answers those questions with solid play, challenging and dangerous encounters and the ability for your PC's to carve out an entire kingdom while trying to avoid getting killed and it all does this while providing the bare skeleton for a campaign that could in theory take two years to play! 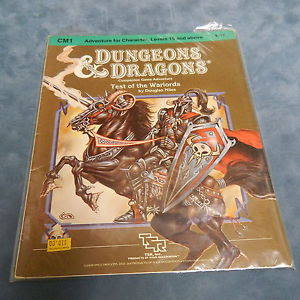 "Test of the Warlords is a campaign setting and scenario concerning the establishment of dominions in the land of Norwold. The module includes a description of Norwold, including its land and rulers, dungeon and wilderness encounters, and guidelines on how to handle large battles. The fame of the players' heroes have earned them the right and title to run a realm of their own, under the supervision of the king of Norworld, a newly colonized region to the north of Mystara. But even from the start, with all the troubles of establishing your own pockets of civilization in as yet untamed wilderness, Norworld has become the center of attention in the struggle between two old enemies: The sorcerous empire of Alphatia and the war-mongering realm of Thyatis." This high level adventure contains everything that's needed to have the PC's  establish baronies of their own, build castles, rule a populace, and explore the wilderness. All of this is because the king of Norwold wants to expand the boundaries of his empire and charges the PC's to step into the role of rule ship and manage their own lands. The king requests your presence in the honorable kingdom of Norwold. If you're worthy, you may be appointed lord of a dominion filled with friendly villages, sturdy fortresses, and raging band of monsters. 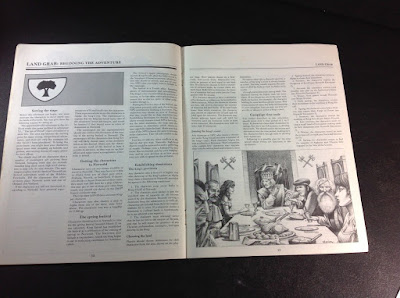 And like the Russian revolution there's a military coup back home and the PC's have to step into the big shoes to handle things back home. According to D&D classics dot com, ""Test of the Warlords" is intended to act as the skeleton for an entire campaign that will last roughly two years of game time" and that's exactly what this module is supposed to do bridge the gap between wargames and D&D with the introduction of the War machine system "It introduced two major new game systems: a "Dominion system" that allowed players to run their own kingdoms and the "War Machine" mass combat system that let them fight great battles with armies. " Ever wonder where Adventurer, Conquerer, King got its roots and its start? This is it and it shows the evolution of that game in its standards and system  in spades. ""Test of the Warlords" supports both of these new rules systems and thus shows a new direction for Basic D&D adventures. It lets players claim their own dominions - to be the focus of many future "CM" adventures - and it uses the War Machine mass-combat rules both for super-high-level encounters and for an oncoming war."
For the Astonishing Swordsmen and Sorcerers of Hyperborea dungeon master there is a far different reason to grab this module. "Mark Bertenshaw notes that some of these primordial details of Alphatia and Thyatis that are found in this adventure are later contradicted by Dawn of the Emperors, including the age of the two countries. "Test of the Warlords" also claims that Alphatia is secretly the empire of Atlantis, something that's repeated nowhere else in the literature on the Known World." Yes that's right you have a prime back door to connect the old world of the Known World with the Old Earth of AS&SH and to work i it into some of the details of Forgotten Fane of the Coiled Goddess.   and Beneath the Comet or the Ghost Ship of the Desert Dunes 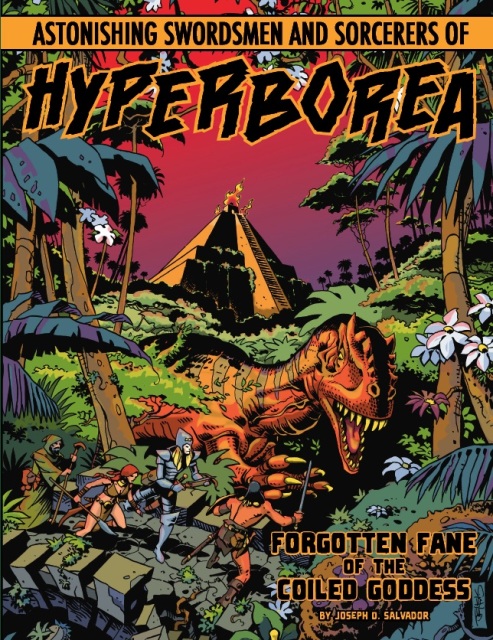 Many of the details and level adjustments are going to have to be made for Test of the Warlords and much of this will be simple fifth grade mathematics in three places, the levels, the combat, and the domination systems. The DM should actually fall back to AS&SH or their favorite retroclone systems as needed. Many of the over arching themes of CM1 can easily take place or be moved into the real world Russian or a dark fantasy Europe of myth and legend. This system could be used to simulate many of the minor princes and nobles of Romania or Lithuanian kingdoms of the Dark Ages bringing a Lamentations of the Flame Princess game into a new era of blood splatted history and violence. Murder and court intrigues bring brand new horrors all of their own. This is a simple and easy to run set of common sense and hard background foundation rules for running a domain and actually playing in high level games. 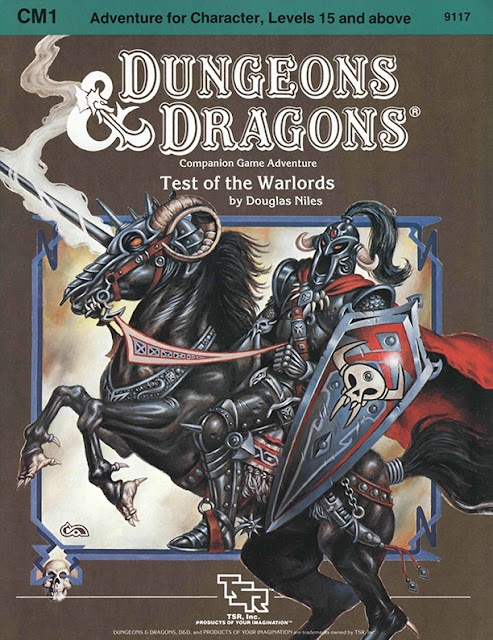 Just like playing in a game of King Conan's era, the PC's here are going to be doing it all, from wilderness exploration to two wars and dealing with the machinations of several high level enemies across the board. The sword and sorcery vibe is strong along with the war gaming aspect of CM1. Your going to be dealing with a cast of characters straight out of a Shakespeare play all of exceptional level. Here's your cast of characters and their wonderful positions on the chess board of Test of the Warlords:
Oh don't worry only a few of them want to slit your PC's throat or get you into a bind or two or perhaps make sure you owe them a favor or two. All of the politics and intrigue give CM1 a bit of a back room good old boys aspect to the war that comes your way folks. The PCs must fight an epic war and go on several adventures to assure the survival of their newfound lands ambitious scope, which will take months to play out in its entirety. Highly recommended! 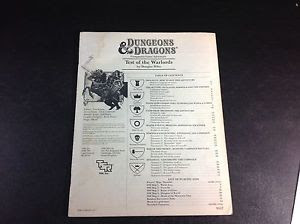 The fact is that CM1 is a companion level game that allows a DM to take the outline of the Test of the Warlords and outline their own campaign's kingdoms, lands, and adventure resources into workable frame work for an extended war gaming style of campaign. This makes the adventure part OSR D&D resource and part challenging adventure all in one.