Here's a quick rundown of the pre Christmas game that the players are referring to as Christmas Plane Hoping And Nazi A Go Go! 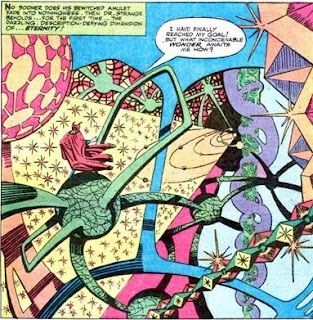 The PC's were going through some of the objects that they had found in Asylum Q
and one of them happened to be a Crystal Egg and as the wizard began to play with it weird colored lights played marry havoc with their perceptions and they found themselves on the infinite time trails.  That wasn't a good thing as the party began the task of trying to navigate across the vast kaleidoscopic landscape of infinite dimensions. Here are some of the random pulpy encounters they ran into whist traveling  through the infinite dimensions. 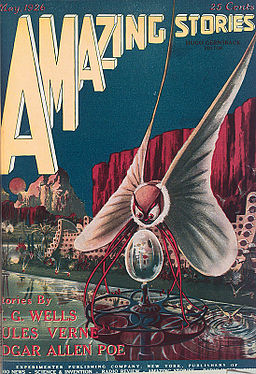 It wasn't long before they ran into some old friends of theirs, a Nazi lich and his pack of undead cohorts were looking for other dimensions to plunder and the resulting combat took up a good portion of the evening as they battled from world to world. The party stuck with swords and magic to make up the difference between changing conditions where magick was infinitely dangerous but still usable. The lich escaped after prolonged fight but left them lost in the other dimensions face down his horde of zombie like horrors 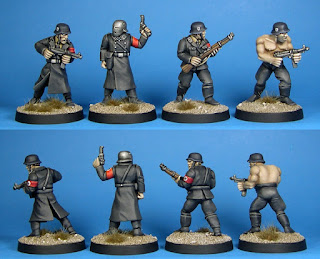 Now the PC's are hopelessly lost among the planes and they're dealing with the fact that these bastards know that they're alive and will be actively hunting for them.