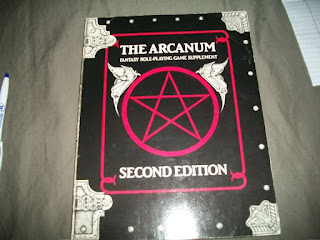 After an apartment fire I once traveled one hundred and twenty miles for a copy of this book and that's no lie. To this day I still haven't recovered everything but then I've changed motivations for gaming. You see there are two types of table gamers really. There are collectors and then there are gamers, those people who fiddle with systems and play as if its second nature. These folks usually surround themselves with others of their kind. I'm a gamer and this was my go to gaming system as a part of my OD&D/AD&D 1st edition customized gaming system along with Arduin and Delos. By the way nothing has really changed. What makes this book such a well regarded treasure? Its one complete old school gaming system under one title. 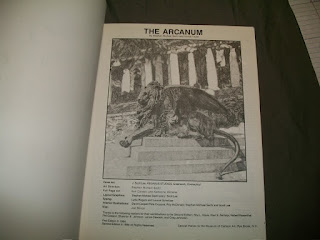 Its very well organized and lays everything right at the players and the dungeon master's feet; there are a ton of traditional and no traditional fantasy races in the world of Atlantis during the;"  Second Age campaign may begin anytime between the years 150-200 (by Atlantean Second Age reckoning); in modern day terms, this would equate to approximately 15,000 B.C." But this book isn't the world book for Atlantis, instead this is the rpg system that was the first part of the Atlantis rpg system. For a sword and sorcery game player this book had a lot of awesome to offer. Micheal Sechi, famous creator of Talislantis and  co-founder of Bard games did a great job with this book. 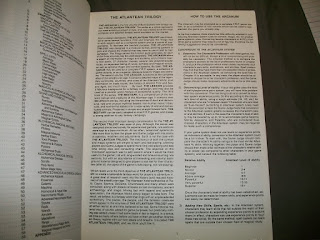 The mechanics are quite simple: a d20 roll for most results, armor subtracts from damage and there are systems in place to create everything you need from the ground up. Everything is well laid out and the type face is easy on the eyes unlike Arduin and the Compleat Spell Caster. This book has it all under one roof. The concept of a level-driven system and that of a skill-based system are all there to use and only Rolemaster would have a similar rpg system later on. 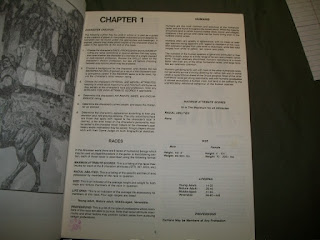 There are a ton of options for races from the tradition to really interesting hybrid races that we might later see in Talislanta except here there are Elves, Dwarves, and many, many more. This is a world of classic mythology and sword & sorcery legend on steroids. There are  thirty two  classes and over a half-dozen races. Everything is sort of close to the "classic D&D" standard, but  there are twists on the usual suspects to make things very interesting. 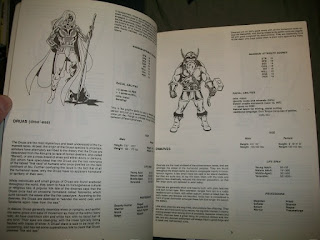 This is a world setting pushed to the brink and still going strong and its book that has everything you need to run it out of the gate including conversion tables for OD&D, AD&D, Runequest and Tunnels & Trolls. 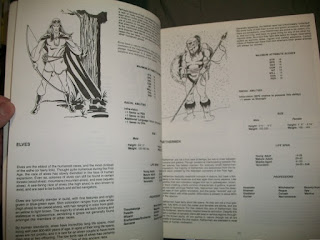 Races here are close enough to D&D but with some interesting twists to keep things interesting during character creation. There are several small tweaks that enable a PC to be customized as per the Compleat Spell Caster. 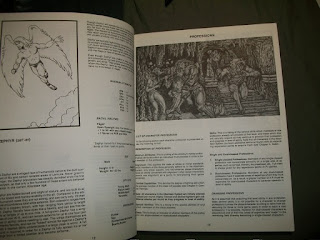 There's a bit of a variation with the magic system in this book for wizards and spell casters according to one of the Amazon reviews I've read; "One standout feature is that spellcasters (otherwise quite strong despite their lack of armor, given their ability to select spells at casting time--no "memorizing") have a unique handicap in combat situations. In direct, face-to-face confrontations, they can't fire anything more than 1st-level spells. This encourages them to stay out of the line of fire and let the warriors and physical combatants step forward. Teamwork is the key to a successful combat scene." 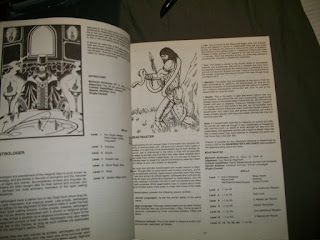 The PC magical classes have about nine different lists between them;" There are some really nice B/W art pieces between the sections enabling a DM to find what they need quickly during play. 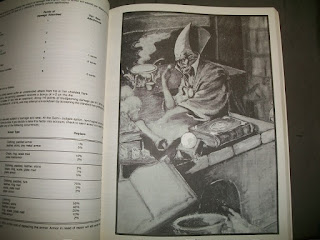 The spell lists are brief, but cover most of the common effects you've seen in other games (magic bolt, darkness, charms, etc.). And with so many classes, there are NINE TYPES of magic to choose from--including some dual-classes that combine aspects of two different schools. (Where else can you find a Monk class separate from the Martial Artist and the Mystic?) 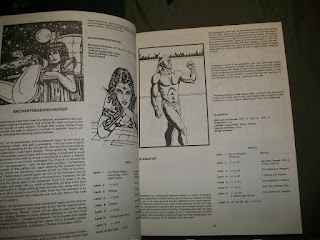 There is a solid selection of combat oriented classes including the witch hunter which would fit right into a sword and sorcery setting where wizards are an issue. The classes here have the feel of a Ray Harryhausen movie such as Sinbad and The Eye of the Tiger or the original Clash of the Titans. 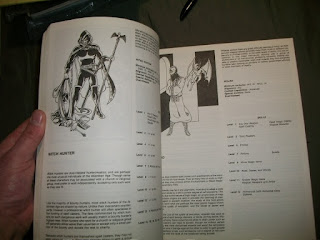 You get break downs of backgrounds, skill systems, PC motivations, complications and history options for play and hooks for PC's for adventures. 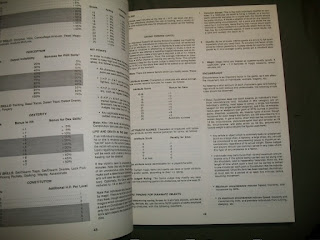 There's a wealth of background details including a mini version of the system from the The Compleat Alchemist all of which can be applied across the board and dovetails in with some of the other classes. The system isn't perfect but lends its self to customization far more readily then Rolemaster by an order of magnitude. 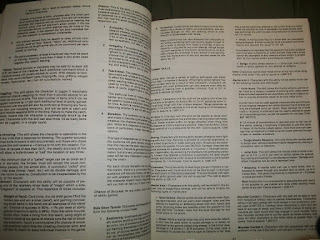 Systems here are easy to grasp and oriented towards OSR style gaming and well rounding out of the PC with a variety of smaller subsystems and a multiple skill sets. 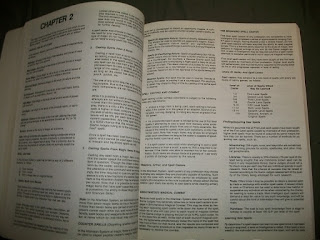 There are a myriad of spells keyed into the backgrounds of the PC classes and the setting material ie Black magic spells fit into the Necromancer and other black magick PC classes. There are a wide selection of touches and subsystems to add even more color to your PC. 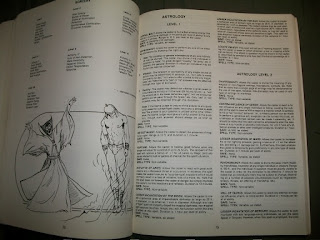 Many of the most common and interesting systems that were in the Compleat series have been tucked into the  Arcanum into the back lot of the rpg book itself enabling a clever DM to pull these into his or her own game worlds. 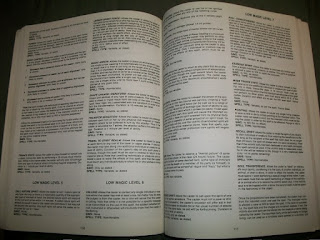 One of the strengths of the  Arcanum  is the fact that while it is oriented towards Bard Games Atlantis world in spades there is plenty of room for customization into a whole pack of Retroclone games. In point of fact this is the case with a few DM's I've talked with who are using this book with games as diverse as Astonishing Swordsmen and Sorcerers of Hyperborea & to Labryth Lord with the Advanced Companion. The Arcanum adds a bit more flesh to the bones of these games and other systems such as Lamentations of the Flame Princess. 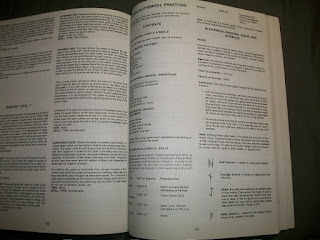 Dungeons and Dragons might have been the star of the Satanic Panic but it was the Arcanum which actually had the systems to flesh out the dark rituals and rites during adventures. In point of fact the Arcanum  can and does do a classic pulpy sword & sorcery horror adventure quite nicely in spades. 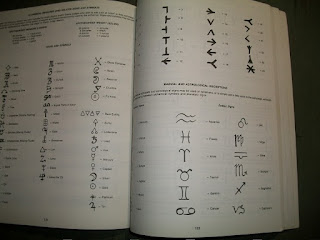 There are occult symbols and signs that can be used for minor magicks in the dungeon and astrological signs for summoning as well as minor magicks for PC's. All of this stuff adds flavor into an adventure. 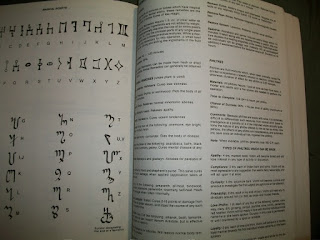 Much of this material can easily be poured into the backdrop of more adult oriented D&D games such as Lamentations of the Flame Princess or Dark Albion. 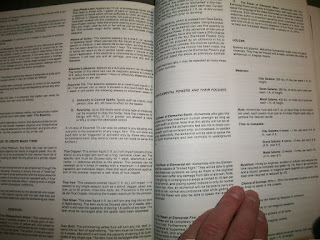 Yeah, this game is from another less commercialized and more home  campaign oriented style of play, this comes through in the handling of class and skill sets. PC's were very well set up and its really no wonder that this book sells for forty two to forty five dollars on Amazon and E bay. 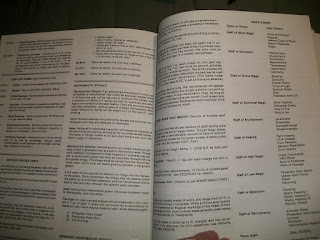 The appendixes with the expanded weapons lists and the whole pack reeks of quality of the small press that you just see in some of the better quality OSR publishers. There are a ton of expanded weapons, rules for poison, alcohol, disease, motives and reasons for PC's mentors, rules on demon summoning and rites etc. 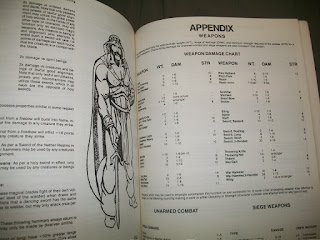 On the whole looking through my copy of the Arcanum I'm reminded what a brilliant little product this was and is now that pendulum has swung toward the OSR and the DYI D&D community. There are still lessons between its pages and a whole different route that Bard Games might have gone. If you can find a copy of this game book snatch it and grab some friends, some dice and get playing. Five out of five stars for utility and fun. Still one of my all time favorite books to thumb through. 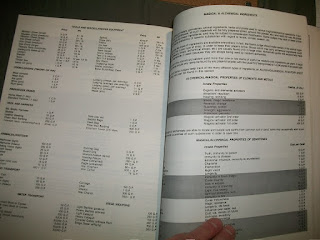