So the United States Post Office finally came through on Friday & decided to deliver my order to me from The Collector's Store. Note that this wasn't Covid 19 related but the second time that we're gonna lose your package. I put in a case & everything with the United States Post Office this was after the The Collector's Store screwed up my order with details on my address. The first order is someplace down in Hartford & I can kiss that good bye. Too bad there was a copy of James Ward's Elemental Spells in that package. I did the research & this was solid book to have for the C&C system.  The package for the moment has vanished! I don't think its coming back. Alright back to my weekend & the fact that Friday my package shows up! Yahh!  The Collector's Store did make it right. The order comes in & everything's there! The order is the lesser of two evils filled with lots of Castles & Crusades goodness plus some 3.5 books to help fill out my collection. 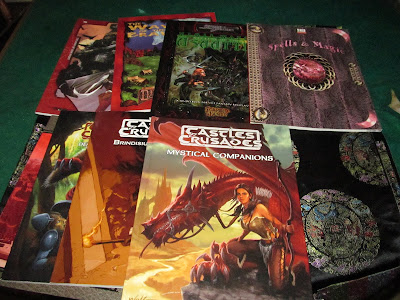 The order helps fill in some of the gaps for my on going  Tegel Manor campaign. The C&C material is on point for what I've got in mind for this campaign run. The manor has appeared in the middle of an alternative Earth right at the on set of the Franco Prussian war. 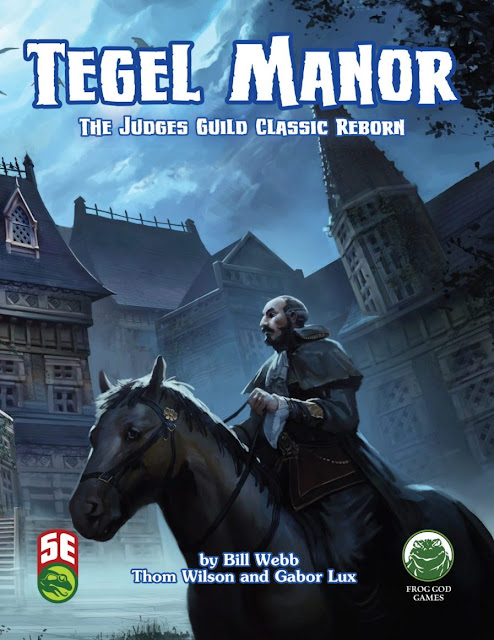 But this is a world with a Steampunk twist with Mike Stewart's Victorious rpg  but there are deep ties into classic Advanced Dungeons & Dragons modules especially the U series of modules & U1 Sinister Secret of Salt Marsh. But the real old school resource is the Slaver series A0-A4: Against The Slave Lords. 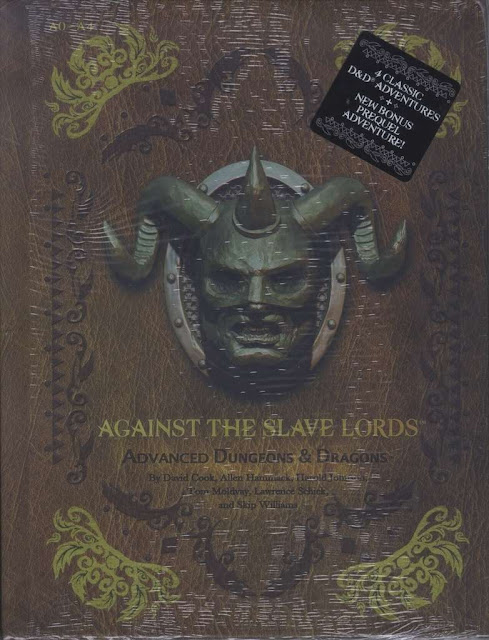 Here's the where the Gonzo campaign connection in works where the Slavers have deals with many of the powers of Venger Satanis's Cha'alt. Weapons, advisors, etc. have been filtered through the Slavers into this Prime Plane. This has been a major pain in the arse for my player's PC's! Now according to Venger on Cha'alt: Fuchsia Malaise kickstarter project this isn't just a small book but a major campaign expansion. There will be an upcoming interview with Venger about this coming up on the blog. But I'm holding back from my players about this for the campaign & keeping this element boiling in the campaign's background. 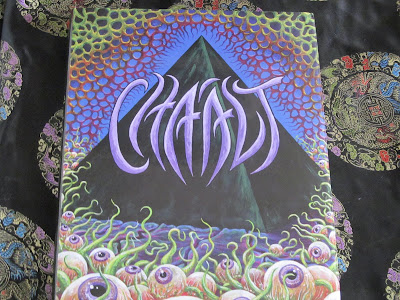 But what happens from here?! The events here are following the blood lines of the PC's in the game & their not even aware of it. There is a heavy Gothic/Gonzo element in this campaign with deep ties into Greyhawk. We'll have to see where the party takes this game. Will they survive?! Only time & play will tell! 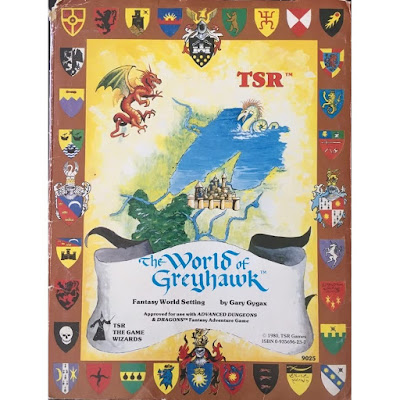 Note that using Castles & Crusades has helped to solve a ton of problems as far as the OSR overview on many of the individual issues of the campaign. 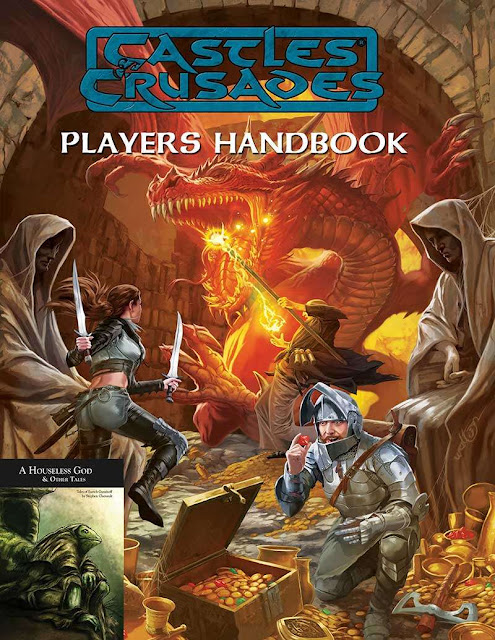