It was great pity, so it was,
That villanous saltpetre should be digg'd
Out of the bowels of the harmless earth,
Which many a good tall fellow had destroy'd
So cowardly; and but for these vile guns
He would himself have been a soldier.
Act I, scene 3, line 59.
William Shakespeare,
Henry IV, Part I (c. 1597)

Do not pick up that lonely & forgotten weapon from that vault for you don't know where it has been or who hath wielded it. 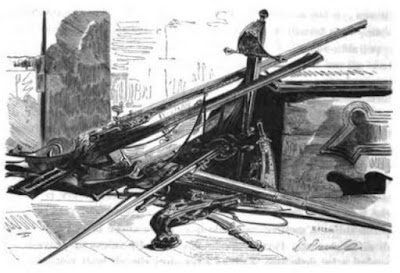 In long forgotten hallways & time haunted places that have been forgotten by man. There are weapons of warriors & outlaws long passed. These weapons await new masters but have the touch of long forgotten conflicts etched on them. They yearn for the action & blood of new owners. They have passed from shadow to shadow of Earth's past, present, & perhaps the darkest of  futures. 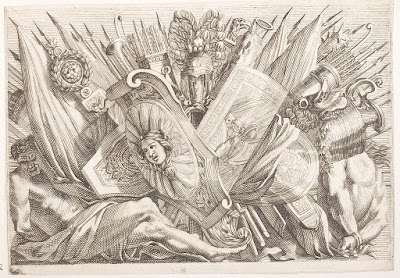 These weapon's minor names & enchantments have long since passed into the lowest of ethers returning to their dead demonic & god like masters. But these weapons have hungers that can not be satisfied by mere storage in some dusty & remote corner of the other dimensional realms.
Each of these weapons will bond with its user on a successful Wisdom roll. The wielder & owner's mind will be flooded with visions of shadows of what was, echoes of distant events swathed in blood, thunder, & perhaps some grain of wisdom that might save their party. These weapons gain a +1 on their damage because of their eagerness in violence. 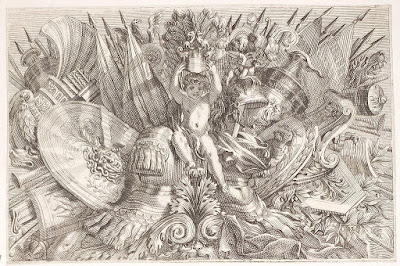 Because they've been partially in the other dimensional shadows they are often subject to all kinds of weird energies.  These weapons often have a random weird trait grafted onto them taking the place of their ancient names.

1d8 Random Weird Weapons Trait Table
Theses weapons have warped & strange personalities that they pick up over the centuries from the countless hands of owners. The weapons are not sentient per say but fickle & strange in their own traits of the shadows from which they come. They may give the owner a problem or hint of something vital with shove or push in a certain direction if they will it.