I've been doing a lot of research over the weekend between work, calls, etc. on B/X Dungeons & Dragons monster & lair placement. The fact is that many of the traditional monsters certainly fit into the junket of being opportunists of the highest orders. That is that if a ruin or other adventure location is available they'll take it. This is something that Holmes B/X D&D monsters  take full advantage of. Running with this I began to dig a bit deeper. 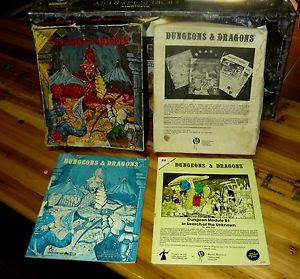 But then I started looking a bit further of field, into the deep recesses of the Fiend Folio for first edition Advanced Dungeons & Dragons & began to notice this same style of opportunism. Since I'm running an Astonishing Swordsmen & Sorcerers of Hyperborea second edition/Adventurer,Conqueror, King hybrid campaign I began to delve a bit deeper into the Fiend Folio because of the science fantasy nature of my own home campaign. 'Old Earth' has its roots deeply into H.P. Lovecraft & Clark Ashton Smith along with numerous classic science fiction era authors. 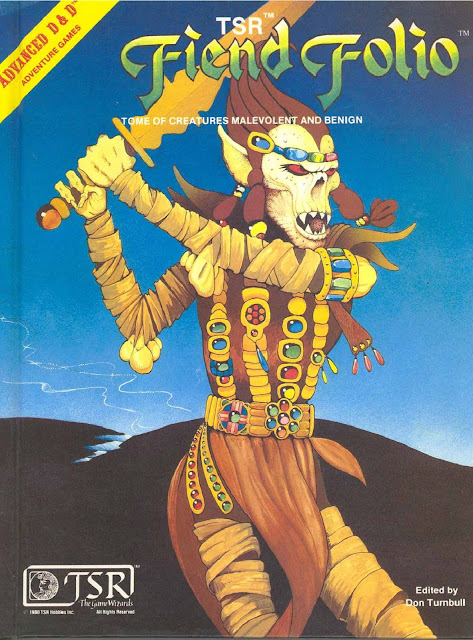 This means that the wastelands have monsters from the Fiend Folio moving into ruins, dungeons & other adventure locations. The Folio's encounter charts provide the perfect opportunities for where & when adventurers are likely to run into the horrors of the weirder edges of the map. But I'm dealing with very jaded & experienced players of Dungeons & Dragons so how do I spice things up for a science fantasy campaign? The answer of course was right in front of me the whole time! I've got a copy of 'The Teratic Tome' by Rafael Chandler right in front of me & the monsters nicely dove tail in with several of the ideas already present in the campaign. But there's something about the monsters in the Tome that hearken back to the Fiend Folio & Holmes Dungeons & Dragons. The ecology of these monsters is both pulpy & dire, they all take full advantage of their ecological circumstances even in a science fantasy setting. 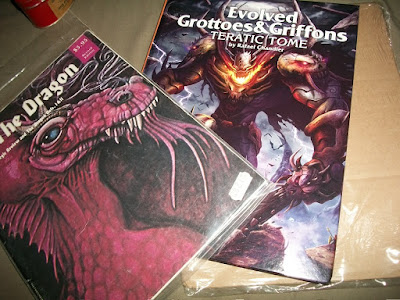 I'm talking about the fact that these monsters suit the setting in a weirdly twisted way, the gnomes of Mecha Zel from 'The Teractic Tome' are going to be a faction in my 'Old Earth' setting causing all kinds of havoc. They are a hive mind of psychotic steampunk style mutant survivors of Atlantis who have recently come to the surface world. 'Old Earth' already has atomic rockets, whist black powder weapons are very common. The military & certain adventurers have lasers or blasters if their very lucky. But there are far more sinister forces stalking the wastelands as 'Magistrates' stalk the wastelands for any usable & recyclable artifacts they find to take back to the hives. 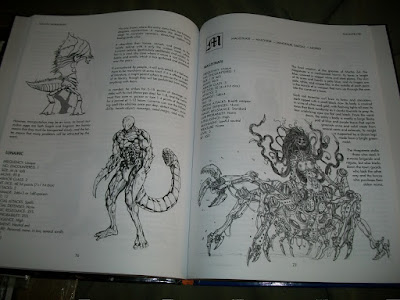 So as a dungeon master I'm taking full advantage of the fact that these old school & OSR resources work with Adventurer, Conqueror, King. I've been talking with my 'systems' guy over the weekend to take full advantage of the fact that many of these sources are geared for the war gaming aspect of Adventurer,Conqueror, King's Domains at War. I'm planning on a fully realized science fantasy war game campaign down the road. 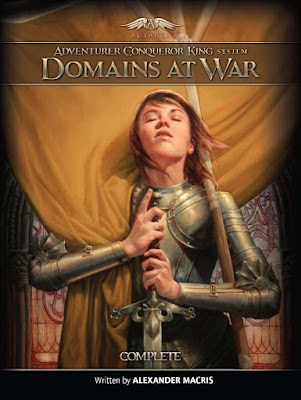 The priests & monks of Tsathoggua preach about the evils of the raider's alterations as the Hyperborean  own forces field monsters & worse out on the battle fields of Lomar. The campaign setting continues to grow, change, and be dynamic as the monsters & playing pieces come together with Old Earth. 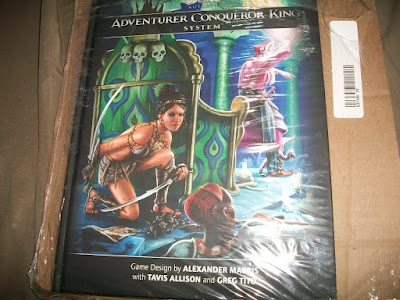 There are still pieces in play from the last time I ran AS&SH's Beneath the Comet, several artifact resources from the adventure have made it to 'Old Earth' causing the goblin races to make a bold move on the Eastern borders of Lomar. The goblins have a very different origin point in 'Old Earth' being an abandoned Lemuria weapon system that has continued to generate & function sans their masters. 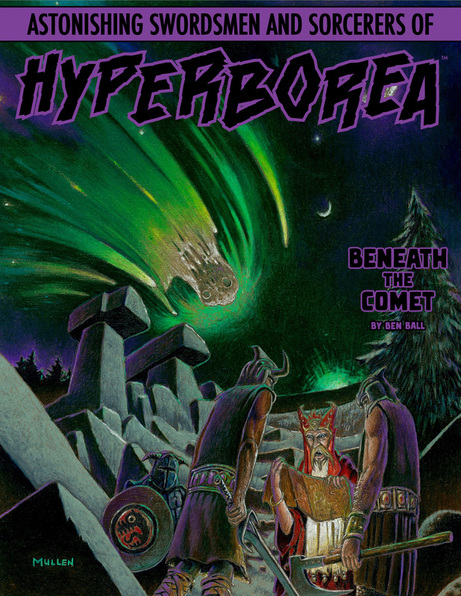 Much of the origin point for old Earth comes back to the fact that Ubbo-Sathla ("The Unbegotten Source", "The Demiurge") is stirring & churning the dreams of the various factions of Old Earth causing wars & worse. This means that many of the monsters are acting out the dreams of a mad god with little regard for their own actions. It also means that war is coming! A type of war that the Earth has seen in millions of years!

"The Midnight heaven's burning
Through the ethereal deeps afar
Once I watch'd with restless yearning
An alluring aureate star;
Ev'ry eve aloft returning
Gleaming nigh the Arctic Car.
Mystic waves of beauty blended
With the gorgeous golden rays
Phantasies of bliss descended
In a myrrh'd Elysian haze.
In the lyre-born chords extended
Harmonies of Lydian lays.
And (thought I) lies scenes of pleasure,
Where the free and blessed dwell,
And each moment bears a treasure,
Freighted with the lotos-spell,
And there floats a liquid measure
From the lute of Israfel.
There (I told myself) were shining
Worlds of happiness unknown,
Peace and Innocence entwining
By the Crowned Virtue's throne;
Men of light, their thoughts refining
Purer, fairer, than my own.
Thus I mus'd when o'er the vision
Crept a red delirious change;
Hope dissolving to derision,
Beauty to distortion strange;
Hymnic chords in weird collision,
Spectral sights in endless range....
Crimson burn'd the star of madness
As behind the beams I peer'd;
All was woe that seem'd but gladness
Ere my gaze with Truth was sear'd;
Cacodaemons, mir'd with madness,
Through the fever'd flick'ring leer'd....
Now I know the fiendish fable
Then the golden glitter bore;
Now I shun the spangled sable
That I watch'd and lov'd before;
But the horror, set and stable,
Haunts my soul forevermore!"