The motley crew of adventurers & warriors were on an errant for their master the wizard Cothlur The Bloodless. They had survived the ritual of the legendary Maze of Pain & Undeath & were now on their way back to Ice River Run village. They would have stories to tell their children. Hathal The Strong had not survived his encounter with mechanisms of the maze but he was also known as Hathal the Brainless in some quarters of the region of the Ever Flowing Ice. His songs would be sung around the fires of the village tonight and his widow would find comfort come the spring.
The band of five warriors, their bard priest Dreven, & the witch Havga The Eyeless came across a curious sight. A priest of forty winters dressing down a deer's rotten carcass swearing in the tongue of the Ancients & then swearing in the common tongue to the sky. He pointed a rotten and bloody finger at them, 'Here they are the brave heroes who have survived the mechanisms of death but you have brought shame & pain to your village. Now death comes for you!'
The knife he held in his hand made one swift movement towards the sky & then the ground. The words of power made even the bard's hair stand on end when the ground around them turned into weird powdery grey mud of the Underworld. Nine dead ones corpses were birthed back into the world at that moment, their cries of unbirth & pain rattled reality with its swift horror! Swords were drawn, spells readied, when the hungry things came for them.
Some place distantly a set of dice of the wyrd were rolled! 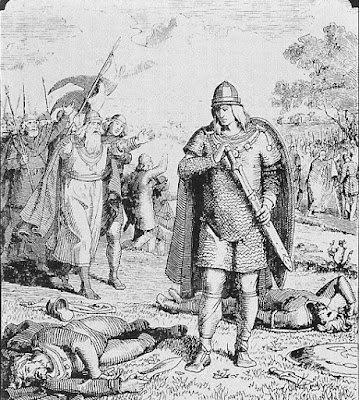 Sometimes as a dungeon master you need a bit of a random stop gap encounter to sweeten the pie a bit for the old school Sword & Sorcery adventure campaign that you've planned. The adventurers are on the path to glory but the players are playing with their cell phones or eating when you grab a hand full of dice & deal out a random encounter from the depths of your DM patented bag of tricks. But these need not be the most dangerous or horrid to get your player's attention and keep it. 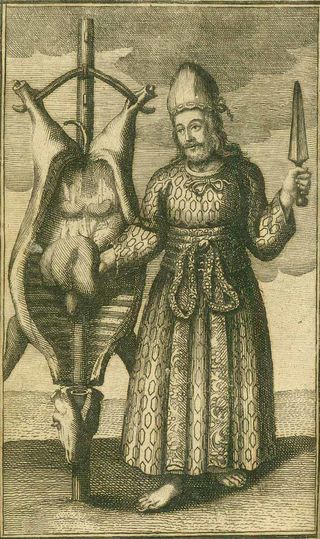 For old school campaigns based on a Sword & Sorcery style game campaign, the encounters thrive on the weird, bloody, & strangely atmospheric. These encounters need not end in a TPK but rather should come at the beginning of a published adventure or between sessions where the party has some wilderness time on their way from or too the dungeon.
These encounters are designed for a party of 1st through 5th level of player characters and will lean heavily on the pulpy side of encounters especially with an eye towards the Lovecraftian. 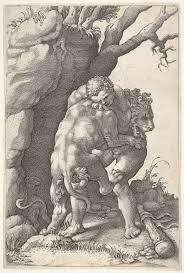