Today I want to step back from all of the 'alternative Earth publishing' of Advanced Dungeons & Dragons source books. I want to talk briefly about the Cthulhu Mythos in Deities & Demigods. At about four A.M. I sat down with the Zenopus Archives articles on the Cthulhu Mythos, Robert Kuntz  & Dr. Holmes here. 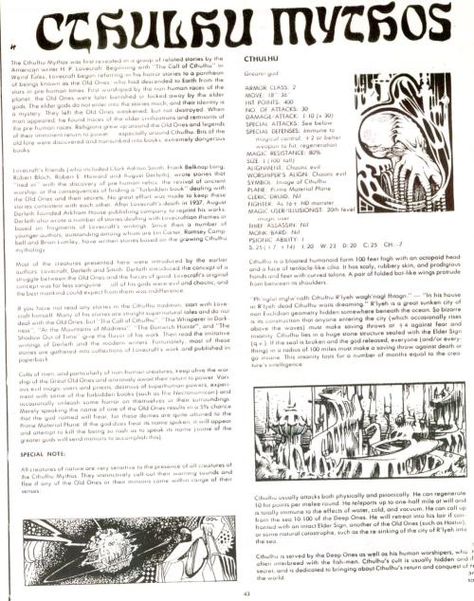 When it comes to the sanity blasting goodness of the Cthulhu Mythos in Advanced Dungeons & Dragons first edition. I can't stress the dangerous aspect of one of the most glossed over & yet dangerous Lovecraftian races like the Elder Things & the Mi Go. 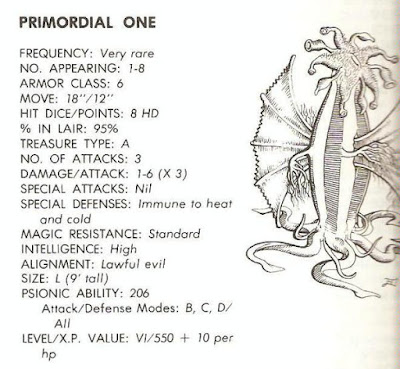 All of this goes back to Dr.Holmes contributions or more like partial invention along with Robert Kuntz in the second part, "Dr. Holmes and the Cthulhu Mythos, part II"
Recently I came across an article that Robert Kuntz had written for AFS magazine issue#2 on Facebook for his 'Three Lines Studio' facebook group;
""Advent of the Elder Ones: Mythos vs. Man in the Lake Geneva Original Campaign, 1973-1976"

Please note in no way shape or form I'm I trying to violate the copyright nor trademark of Robert Kuntz. This post is for educational & entertainment purposes only to show that the Lovecraft Mythos has always had its history in D&D stretching back to OD&D.

Robert Kuntz brings the hammer down in this article by laying bare many of the behind the scenes secrets of his own campaigns & adventures. This ties back into the  Zenopus archives

Dr. Holmes and the Cthulhu Mythos, part III.
What it means is that many of the deadly secrets that I speculated in 'Call of Cthulhu' - A 'What If' Overview & Review Of A Greyhawk Source book & Lovecraftian Campaign Setting Set Up For Advanced Dungeons & Dragons First Edition Or OSRIC. 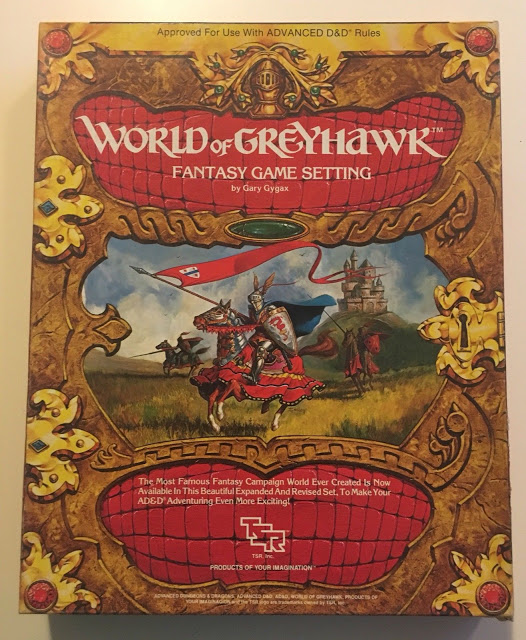 The 'minor races' of Lovecraft are some of the most dangerous foes that a dungeon master can trot out in an Original Dungeons & Dragons or Advanced Dungeons campaign. But one thing thing bothers me still and that's Dalt. According to the Greyhawk Grognard blog entry Lovecraft & Greyhawk; " obscure god Dalt, “The forgotten lesser god of portals and enclosures” who gave the archmage Mordenkainen the Silver Key of Portals, as Mordenkainen’s Fantastic Adventure tells us. However, RJK gives us a bit of additional flavor that puts the lost god in a Lovecraftian perspective (from Dragonsfoot)"
My feeling is that Dalt is another aspect of the Elder God Hastur & this puts a whole other spin on his role in Greyhawk. There are many things to consider for my upcoming games 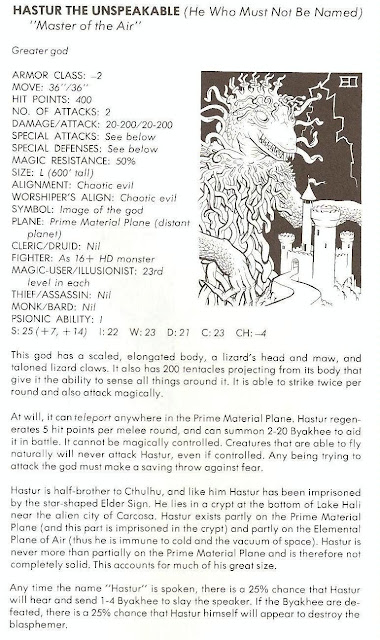 Deities & Demigods Cthulhu entry on Hastur copyright & trademarked to Wizards of The Coast. This blog entry is for entertainment & educational purposes. All material is copyrighted & trademarked to their original writers.