"In the far reaches of the world, under a lost and lonely hill, lies the sinister Tomb of Horrors. This labyrinthine crypt is filled with terrible traps, strange and ferocious monsters, rich and magical treasures, and somewhere within rests the evil Demi-Lich. "

While the Gilded & Brass age explodes across America & the dark eyes of corruption rear its head in the far fringes of the world. Another ancient tomb in deepest & most remote parts of the world takes on all challengers for the amusement of its 'immortal' owner. He's lay in the deepest parts of the world & time has passed him by as blood & amusement have been his only companion. You know the official history of S1 Tomb of Horrors; "S1: "Tomb of Horrors" (1978), by Gary Gygax, is the first "Special" adventure for AD&D. It was likely published in fall 1978." But what if S1 was real & has been attracting adventurers since before the sinking of Atlantis. 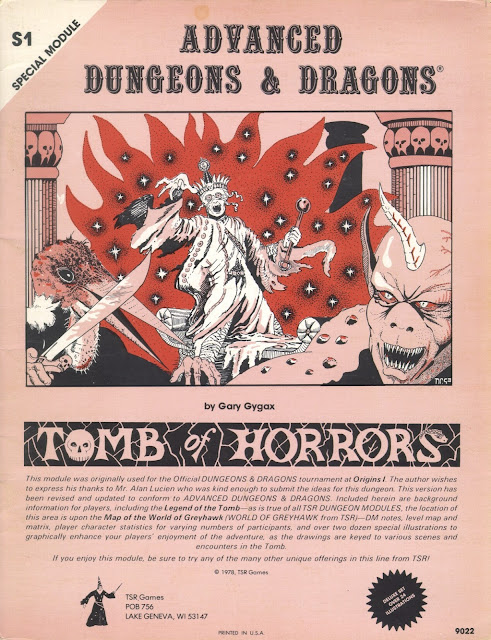 During the  "Great Game" period of Kazakhstan the clock began to tick for the Great demi lich in his dungeon; The Tsars were getting very tired of upstart adventurers & outlaws coming into their terrority to challenge their mettle against the ancient tomb. 'The "Great Game" period is generally regarded as running from approximately 1813 to the Anglo-Russian Convention of 1907. The tsars effectively ruled over most of the territory belonging to what is now the Republic of Kazakhstan.' The tomb was officially purged in 1920 as a part of a program of the Soviet Union; "Soviet repression of the traditional elite, along with forced collectivisation in the late 1920s and 1930s, brought famine and high fatalities, leading to unrest (see also: Famine in Kazakhstan of 1932–33).[37][38] During the 1930s, some members of the Kazakh cultured society were executed — as part of the policies of political reprisals pursued by the Soviet government in Moscow." But even that might not have been the end of the tomb & its legendary ruler. There was evidence that while the 'program' may have seemed successful  the evil wizard Acererak continued to be a major world influence right till the end of WW1! Agents of his continued to recruit & challenge adventurers, capes, magus, cult heads, heads of state, & countless others. His was a reign that saw cruelty & horror taken to new levels as his 'murder maze' claimed thousands of lives. Many came to challenge their mettle against the tomb & many more died without claiming the glory & the riches that they so thought they deserved.

Miniatures from Renegade who appear to have gone..


S1 Tomb of Horrors is the lynch pin nega dungeon adventure for Pulp adventuring. This is the adventure that has challenged generations of players & its perfectly made to challenge capes, outlaws, & every type of adventurer who comes along. This is the secret that everyone knows among certain circles of tomb raiders & relic hunters. the evil wizard Acererak agents continue to roam the Earth in search of  those who wish to test their mettle against the tomb. the Tsars & officials of Kazakhstan are given treasure to look the other way.
Three books from Castles & Crusades come to mind besides Amazing Adventures!rpg & the AA! companion. Monsters & Treasure for Castles & Crusades, The Haunted Highlands, & Castles & Crusades Codex Slavorum  for doing a much deeper adventure & gaming background to the placement of S1 Tomb of Horrors. 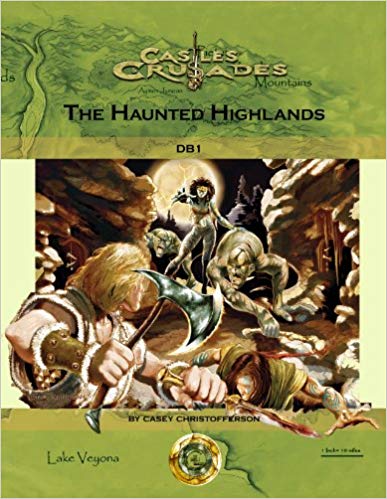 The wild untamed & horrors of the wilderness is perfectly suited to do the naked frontier town feel of the area of the early Gilded Age & Pre WW1 Kazakhstan. Right now there's giant sale on over at Troll Lords .

There are couple of reasons for putting s1 Tomb of Horrors into a Pulp campaign:
Posted by Needles at 12:09 PM