"Traveling through the Other World the lost valley sea coast the  of accursed manor makes it way to unknown destinations. Our heroes have made their own way into Tegel village settled into a local flop house. The sky around the valley burns with demon stars as the PC's plot their next move! Death will take the first man or woman who hesitates! The demon haunted manor beckons them back to its halls of mist haunted horror! " 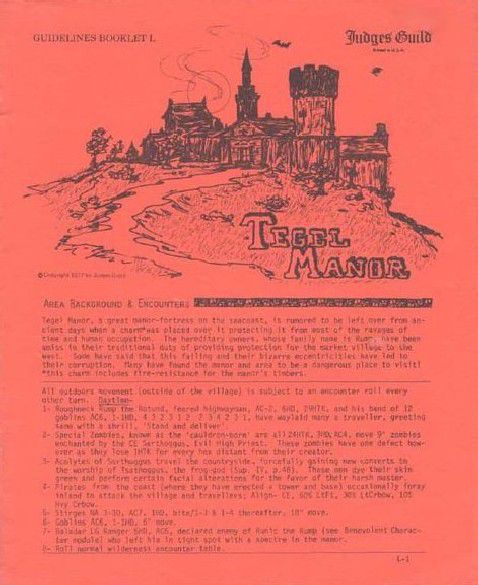 During the last game the PC's had made their way to Tegel village just before the whole valley & sea coast line shifted out of phase with the rest of the world. The players had raided a small island tomb & barely managed to make it out alive with some minor noble's armor.What they don't know right at the moment is that group of Viking raiders is hot on their heels having just crossed in to the coast from the plane of Water on an enchanted boat!
These guys are bounty hunters sent by prince Wegel III an old enemy of the party whose father was 'accidentally' killed by the party's bard when they were uncovering the tomb. 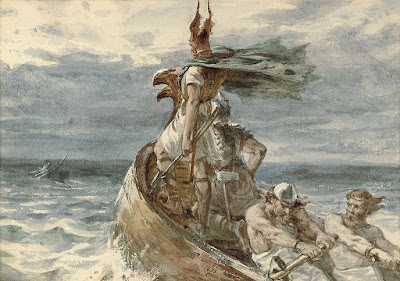 Meanwhile I stumbled upon another reference article on Tegel Manor itself over at the Fomalhaut blog. Some very interesting background & review material on the classic adventure. Anyhow I'm celebrating Gary Gygax day by getting my player's PC's into the thick of this classic. There are several factions in the village already with events in motion for them to stumble into! 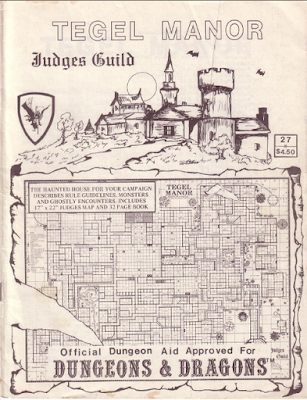 I've spiced up the village with lots of interesting things for the player's PC's to buy & die from erm, get themselves into more adventure! Then there's the little matter of Emile Rump the ghost whose developed an attachment to one of the PC's. She's eternally waiting for her vic erm one true love! Even now she waits.. 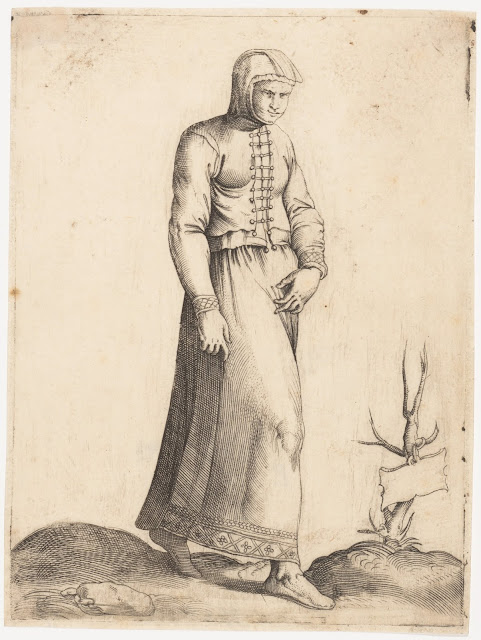 Ah, woe is me, for Love hath lain asleep,
Hath lain too long in some Circean close—
Till on his dreaming wings the ruined rose
Fell lightly, and the rose-red leaves were deep.

Ah, wellaway, for love is overlate:
Far-wandering, alone, we know not where,
He found the white and purple poppies fair,
Nor heard the summer pass importunate.

Sweet Love, can we forgive thy loitering ?
The golden summer, like a dream at dawn,
Changes, and from our kindled eyes is gone,

And leaves grey autumn. . . . We have heard thy wing
But with a sound of sighing; heart on heart,
In our own sighs we hear thy wing depart.
Belated Love  (1918)
by Clark Ashton Smith


Meanwhile the strange unworldly mists of the Otherworld weave their way across time & space, the PC's don't realize that a strangely familiar castle in the French countryside awaits them if they venture too fare from Tegel Manor's valley & coast line. 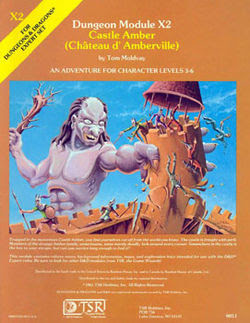 But that my friends is another blog entry for another day. Happy Gary Gygax day!