The Assassination of  President Lincoln shocked the country and some of the proposals for monuments were down right bizarre. According to this wonderful article over HERE  at Paleofuture on Gizmodo by KELSEY CAMPBELL-DOLLAGHAN
According to the article: "John Russell Pope is the author of a handful of Washington's most well-known structures, like the National Archives and the Jefferson Memorial. Lesser known? His zany pyramid proposal for the Lincoln Memorial. According to Moeller and NatGeo, the craziness of this scheme is explained by the fact that Pope wanted the powers that be to change the site for the memorial—making this a well-executed architectural ploy."

Where The Real World Ends The Mega-dungeon Begins

"Now it seems so bizarre. But if you think about it, how much more bizarre is it than using an ancient Egyptian obelisk as a symbol for the nation's first president?"
Not as strange as one might think. Could John Russell Pope been a part of the illuminati or some bizarre occult Washington insider architect?
There are many possibilities for extreme mega-dungeons. Everything from post apocalytic bunkers, occult temples to weird Egyptian gods, to entire underground mutant cities just waiting for your explorers and adventurers.

Miles of weird alternative world tunnels that lead from the Lincoln Pyramid complex to say The West Building of the National Gallery of Art. What possiblities could the engineers and construction workers have created in this labyrinth of horror that awaits your players!

Could there be weird occult or strange psychic connections between the National Archives, Washington D.C., created by James Earle Fraser, sculptor; opened 1935 and other alternative Earth creations of John Russell Hope? You bet there could be. Are strange weird mutant cults still carrying out forbidden rites to gods who no longer exist or Lovecraftian horrors that do?
Sure there could be!

What other possibilities are echoes from this man's past. A strange occult network of leylines that run through the United States Capital that might be part of a network of magic that wizards fight over in the years after the Fall of Man? Could there be a cult of Egyptian god worshiping mutants with Lincoln as some sort of demi god in the center of their pantheon?

Could the pyramid be the headquarters of a group of resistance fighters who even now are at the center of a battle against a powerful force of epic proporations. Could these fighters of the down trodden even now use the relics of a bygone era to rally their forces?
Relics such as these?

Given that the specter of Lincoln still to this day stretches across history. There is a an option to use the Lincoln Memorial as a part of the greater Pyramid Complex. A temple of incredible importance whose clerical order uses many of Lincoln's famous quotes as scripture.
IN THIS TEMPLEAS IN THE HEARTS OF THE PEOPLEFOR WHOM HE SAVED THE UNIONTHE MEMORY OF ABRAHAM LINCOLNIS ENSHRINED FOREVER

There might also be a divine order of paladins whose weapon is an ax and who crusade against the power of the undead. Whose sacred temple is even now lost to them among the ruins of Washiongton DC. The place where even now these brave souls need adventurers and madmen to journey into the heart of those ruins. A place where the mutants roam and zombie politicians still roam the streets looking for any meat that they can get a hold of. 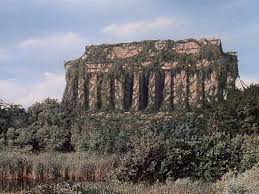 But will your band of brave souls brave the ruins of DC and search out the lost Pyramid of Lincoln? Brave the horrors of the Memorial? Who knows what treasures and relics you might find in the underground bunkers of Washington?

Of course this post is for entertainment purposes only and in no way a reflection upon Paleo-future, Logan's Run, or the images. We are only engaged in idle whimsy and not trying to violate the copyrights or trademarks of anyone we're citing  here.