The mysterious village of Needleham has a deadly and dangerously forbidden secret living and breeding inside a cave that was uncovered by local miners. The cave of insanity is polluting the locals with its horrid influence & strange legacy of depravity. Only the PC's can get to the bottom of the strange crimes, circumstances of insanity, legacy of violence gripping the village but will they survive the affair?! 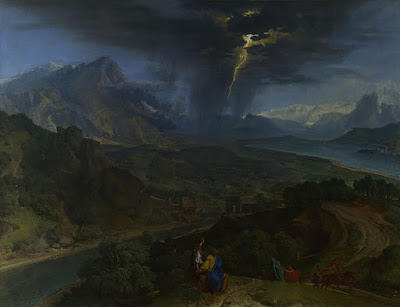 So tonight I had my PC's in the middle of the volcano lands & wanted to drop them into the middle of a weird dungeon crawl in my Old Earth setting. But its been a hell of a week via work so the PC's have been entering the fertile & deadly rolling hills of the farms of the Volcano Lands. The PC's bard performed to a packed house trade house agents sat in the audience while a packed house had an excellent time. But below the theater priests of Rell met to discuss the loss of contact with their theaters in Needleham & Gingum. The PC's also learned of the death of one of the local priests after miners in Gingum had uncovered something very dangerous in a mysterious cave just outside of Needleham. Did I mention the oak tree that was hit by lightning when the PC's arrived in the village. 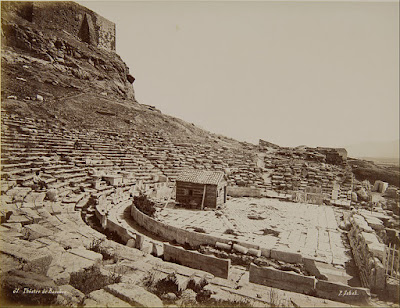 During intermission the bard met with the priests to discuss the situation and offered his services as an agent. So the party disembarked from the trade caravan & made their way without incident to the village of Needleham. They place had a horrifying atmosphere after PC's witnessed the funeral of the priest who wanted to be buried outside of the graveyard. Various residents & villagers of the 300 person strong farming village had a certain Lovecraftian 'look' about them. Then there was the apparent suicide right outside the village in one of the cornfields. The PC's were able to save the poor bastard but they also recovered a strange Damascus steel dagger with a weird bronze dragon fly themed hilt. The poor bastard mumbled something about illusions, horrid compulsions, & a mysterious oracle.
There were several other weird things about the field as they found out the corn field had been the sight of a battle with a black wizard's sky ship. Now a local insect cult was using the place for the sacrifice of goats & pigs perhaps even humans if the rumors were to be believed.
Back at the Wanton Wench tavern one of the PC's was the witness to one of the villagers vowing to enter the mysterious cave. The PC's were able to stop him but another villager took his place as some weird alien glop ate his arm & almost his entire face! There was a quick dispatch with fire on the slime & amputation of the villager's arm. The weird coloured slime quickly tried to crawl back into the cave's direction. Not one PC wanted to investigate the cave yet! They want backup before venturing into the cave! 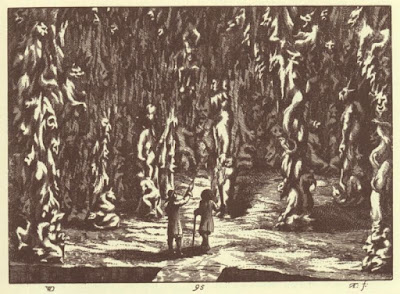 Far above the village of Needleham a lone hyena man scout watches with baited breath to see if the PC's fall prey to the things that live in the cave! So in tonight's session of Old Earth I've dropped in a modified version of  Venger Satanis's Slaves of Tsathoggua adventure from his Trinity of Awesome +1 adventure anthology. This book contains a number of drag and drop adventures that can be modified to fit any old school retroclone system. The book contains the following adventures: Slaves of Tsathoggua, A Green Jewel They Must Possess, Slippery When Wet, and Death Race: Fury Road. The cave may contain the secrets to both the  Silver & Green Deaths as well as an insect cult that's been hunting one of the PC's from the very beginning of the Old Earth sessions. 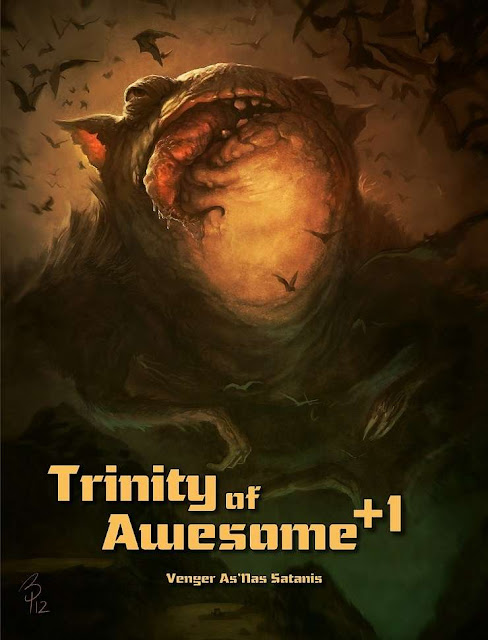 This isn't the first time that I've DMed  Slaves of Tsathoggua  & the last time I ran this adventure I modified it for OD&D's Blackmoor. Because of the way the adventure's written its flexible enough to lend itself to a great deal of old school or retroclone systems without taking away its deadliness and weirdness.
Trinity of Awesome +1
Adventure Anthology Is Able Here