"Shiela: We're trapped in another world.
Eric: What else is new." 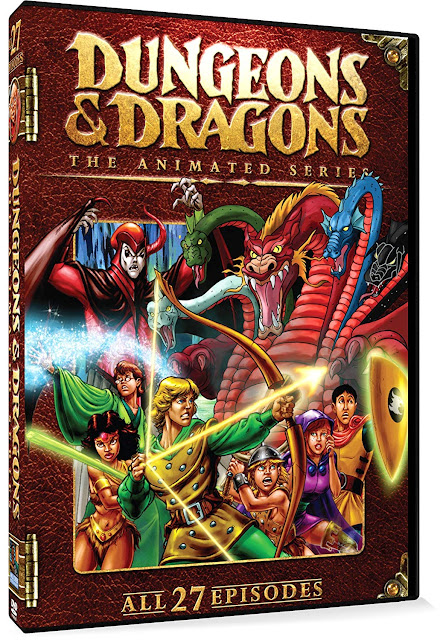 Now this post started right after last night's game session when I started thinking about This set of mini's from Antediluvian miniatures called the dungeon explorers. A homage by the mini company to the Dungeons & Dragons cartoon. But its got me thinking about the 'Realms' the location setting for the cartoon. The figure set shows a grown up set of the kids now as adult adventurers. I've been thinking of using them as NPC's in my Godbound/Cha'alt game.
The Dungeon Explorers are available here

But what the Hell happened to make the kids stay in the 'Realm' of the cartoon? I think I've got some answers & it ties directly back into last night's game. I think everything about the 'Realms' ties directly back into Dungeon Master & Venger two demi god figures in the cartoon. The Dungeon Master is one of the last caretakers of a 'Fairyland' that the 'Realms' are a part of. The Elven gods originally built this universe as a sort of bolt hole off of Greyhawk but it occasionally intersects with the Forgotten Realms. I'd say its more Greyhawk though but the 'Forgotten Realms' afficinados are gonnna argue with me.
Fairyland may be referred to simply as "Fairy" or "Faerie," though that usage is an archaism. It is often the land ruled by the "Queen of Fairy," and thus anything from fairyland is also sometimes described as being from the "Court of the Queen of Elfame" or from Seelie court in Scottish folklore. The Scots word elfame or elphyne "fairyland"[3] has other variant forms, attested in Scottish witch trials, but Elf-hame or Elphame with the -hame stem (meaning "home" in Scots) were conjectural readings by Pitcairn."  But there's a lot more here to it then simply just this in the same entry we get;"Records of the Scottish witch trials reveal that many initiates claimed to have had congress with the "Queen of Elfame" and her retinue. On 8 November 1576 midwife Bessie Dunlop, a resident of Dalry, Scotland, was accused of sorcery and witchcraft. She answered her accusers that she had received tuition from Thomas Reid, a former barony officer who had died at the Battle of Pinkie 30 years earlier, and from the Queen of "Court of Elfame" that lay nearby.[4] It resulted in a conviction and she was burned at the stake[5] in 1576.
None the less this is complete generic D&D setting built to the specifications of a madman several life times ago. But my thoughts are that there's a lot more to the 'Realms' than it seems. The wiki entry on Fairylands reveals some interesting details;"

Allison Peirson was burned as a witch in 1588 for conversing with the Queen of Elfame, and for prescribing magic charms and potions (Byre Hills, Fife, Scotland).[6] This same woman (styled "Alison Pearson") is also featured in Robert Sempill's ballad (1583) where she is said to have been in a fairy-ride.[7][8][9] Sempill's piece mentions "Elphyne" glossed as "Elfland"[10] or "Fairyland".[3]
In the medieval verse romance and the Scottish ballad of Thomas the Rhymer the title character is spirited away by a female supernatural being. Although identified by commentators as the Queen of Fairies, the texts refrain from specifically naming her or her domain except in ballad version A, in which she is referred to as the Queen of Elfland. Poet and novelist Robert Graves published his own alteration of the ballad, replacing her name with "Queen of Elphame":

I'm not the Queen of Heaven, Thomas,
That name does not belong to me;
I am but the Queen of fair Elphame
Come out to hunt in my follie.

Elfhame or Elfland, is portrayed in a variety of ways in these ballads and stories, most commonly as mystical and benevolent, but also at times as sinister and wicked. The mysteriousness of the land, and its otherworldly powers are a source of scepticism and distrust in many tales. Additional journeys to the realm include the fairy tale "Childe Rowland", which presents a particularly negative view of the land."

We know that there's far more going on below the surface of the 'Realms' then meets the eye. The 'Realms' have lots of time lost visitors from Earth, Venger often snatches anyone who catches his fancy, & there's dozens of alien species in the 'Realms' from across the planes & the Advanced Dungeons & Dragons first edition  Monster Manual I & II. 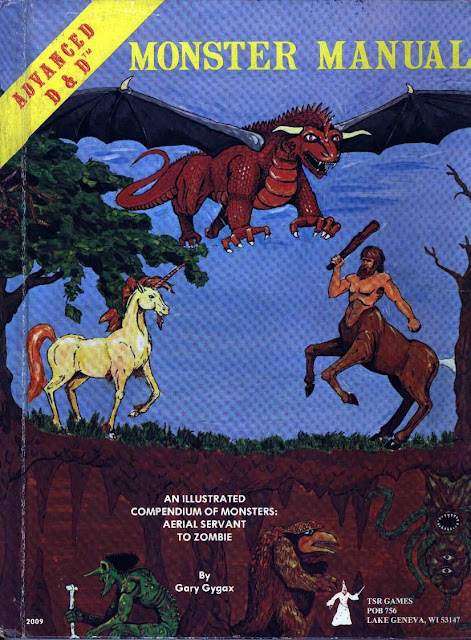 So the kids have been trapped there since the Eighties & have been battling various menaces to the 'Realms'. Or have they? I think that more likely they've stayed because of some menace to the 'Realms' compelled them too. Tiamat comes to mind. She's always been far more involved then it seems in the cartoon. Because of the Hellish ties of the 'Realms' it seems this private cosmos might have her intimately tied in this mini plane's creation & background.
As for the kids?
They've settled down, had families,sired princes & princesses  & found kingdoms for themselves. They still maintain close ties with each other. Venger is no longer the threat he was but he's still causing trouble but there may be other demonic wizards causing issues. But what does any of this have to do with Godbound?! Well if there were never any Elves we'd create them? And in Ancalia: The Broken Towers this is exactly what happens. We eventually took the power of the gods & created ourselves in the image of Fairies. Things did not go well.
These fairy courts began to use the powers of the gods to create their own private cosmos to play with & that's how 'The Realms' came about. Time is a funny thing & when one starts looking at it in Quantum Physics one can't time travel but we can possibly create alternative Earths & worlds theoretically.
The poor bastard they left behind to take care of the whole mess is this guy. The last of em. 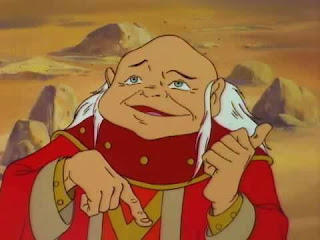 The kids & those who find themselves in the 'Realm' are the maintence crew who take care of the 'ride' & the threats to the setting.  This isn't the first time that we've seen kids being used this way. Take a look sometime at Scottish novelist and playwright J. M. Barrie's creation Peter Pan. There's some strange parrells between the original Peter Pan & 'Neverland' & the 'Realm'. 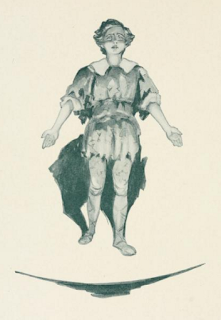 
With the coming of the Cha'alt dimensional tear the Realm may have bled into certain areas of California grabbing the attention of the Dungeon Master & the not so young adventurers. Venger's got quite a bit to say about running such things in his new free PDF 'Old School Renessiance Like Fucking Boss' title. Some common sense guidelines for dealing with adventures & campaigns. 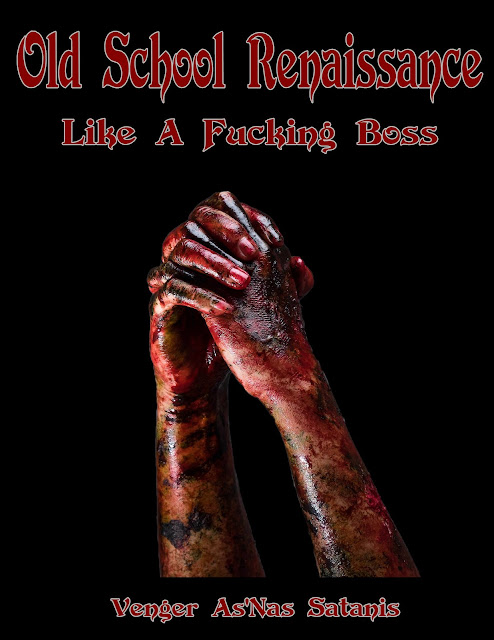