Let me first take a moment to appoligize for the lateness of this blog post & give a very nice shout out to the Tales of the Whispering Thief blog. Thanks for the back shout & all of the amazing Godbound rpg content over the years. I gotta say that blog & its posts continues to impress. Especially the Corpse of the Machine-God series of posts part 1. Part of the Corpse of the Machine God part II The City & Part III The Tower.  There's some deeply influencial & highly creative deep OSR adventure backgrounds at work on that blog. I want to take a moment to take a step back from my Cha'alt/Godbound Las Vegas campaign that I've been planning over the last couple of weeks.
Once again when ever I'm thumbing my way through Godbound somehow Advanced Dungeons & Dragons first edition's Dieties & Demigods finds its way into my hands. Sometimes I think of it as a sickness really, the GrecoRoman gods section opened up & I started to read a bit about Zeus. There's far more going on below the surface within the leader of the gods of Olympus. 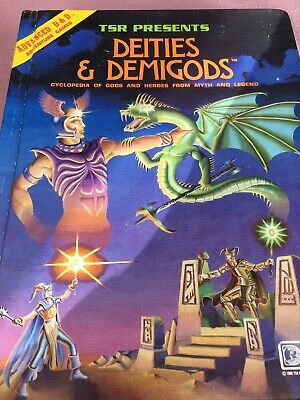 I began to think about the battle field of the Shadowfell. Wait what battle field are you speaking of!? When Zeus was born there was one titan last titan that was created Typhon; "Typhon (/ˈtaɪfɒn, -fən/; Greek: Τυφῶν, [typʰɔ̂ːn]), also Typhoeus (/taɪˈfiːəs/; Τυφωεύς), Typhaon (Τυφάων) or Typhos (Τυφώς), was a monstrous serpentine giant and one of the deadliest creatures in Greek mythology. According to Hesiod, Typhon was the son of Gaia and Tartarus. However one source has Typhon as the son of Hera alone, while another makes Typhon the offspring of Cronus. Typhon and his mate Echidna were the progenitors of many famous monsters.

Typhon attempted to overthrow Zeus for the supremacy of the cosmos. The two fought a cataclysmic battle, which Zeus finally won with the aid of his thunderbolts. Defeated, Typhon was cast into Tartarus, or buried underneath Mount Etna, or the island of Ischia.
Typhon mythology is part of the Greek succession myth, which explained how Zeus came to rule the gods. Typhon's story is also connected with that of Python (the serpent killed by Apollo), and both stories probably derived from several Near Eastern antecedents. Typhon was (from c. 500 BC) also identified with the Egyptian god of destruction Set. In later accounts Typhon was often confused with the Giants." 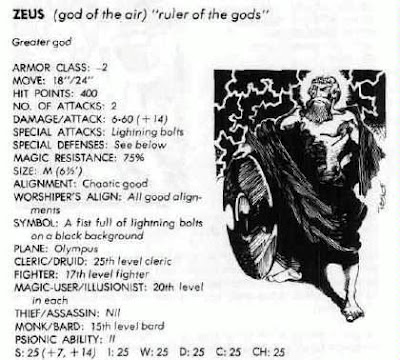 The battle field of the war of Typhon was so incredible that it carved a shadow of the plane Prime & the acts of violence & emotion so incredible that its impressions made way for the Feywild. Typhon is now locked away in Tartarus & nothing could possibly happen to release this plane destroying entity?! 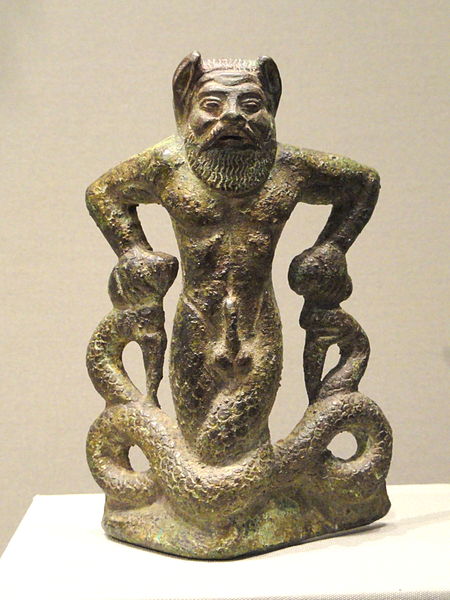 What if I told you that the titan was the father of some of the fiercest & most dangerous monsters of GrecoRoman mythology? "According to Hesiod's Theogony, Typhon "was joined in love" to Echidna, a monstrous half-woman and half-snake, who bore Typhon "fierce offspring""  Now imagine that if the Shadowfell is the dark reflection to the planes Prime then perhaps the Shadowfell also touches the prison plane  of Tartarus. The shadow plane is the home of some of the most dangerous undead & there is a good reason for this because it overlaps the prison plane of Tartarus;
"As for the place, Hesiod asserts that a bronze anvil falling from heaven would fall nine days before it reached the earth. The anvil would take nine more days to fall from earth to Tartarus.[5] In the Iliad (c. 700 BC), Zeus asserts that Tartarus is "as far beneath Hades as heaven is above earth."[6] Similarly the mythographer Apollodorus, describes Tartarus as "a gloomy place in Hades as far distant from earth as earth is distant from the sky."[7]
While according to Greek mythology the realm of Hades is the place of the dead, Tartarus also has a number of inhabitants. When Cronus came to power as the King of the Titans, he imprisoned the one-eyed Cyclopes and the hundred-armed Hecatonchires in Tartarus and set the monster Campe as its guard. Zeus killed Campe and released these imprisoned giants to aid in his conflict with the Titans. The gods of Olympus eventually triumphed. Cronus and many of the other Titans were banished to Tartarus, though Prometheus, Epimetheus, and female Titans such as Metis were spared (according to Pindar, Cronus somehow later earned Zeus' forgiveness and was released from Tartarus to become ruler of Elysium). Another Titan, Atlas, was sentenced to hold the sky on his shoulders to prevent it from resuming its primordial embrace with the Earth. Other gods could be sentenced to Tartarus as well. Apollo is a prime example, although Zeus freed him. The Hecatonchires became guards of Tartarus' prisoners. Later, when Zeus overcame the monster Typhon, he threw him into "wide Tartarus"."
Over the centuries there have been many entities working towards freeing Typhon & his mate Echidna. These two entities are still spawning some of the most dangerous monsters that make their way onto the various planes Prime & into many of the dungeons. 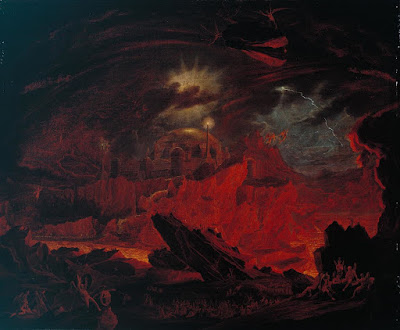 Tartarus isn't simply the prison plane of the gods but also the domain the Advanced Dungeons & Dragons hags. Tartarus is also the home of the Graeae the mother of the hags, they are not the biological mothers but the occult ritual mothers of the creation rites of hags. The wiki entry on the Graeae goes into their history;


"The Graeae were daughters of the sea-deities Phorcys and Ceto (from which their name the Phorcydes derived), and sisters to the Gorgons.[3] The Graeae took the form of old, grey-haired women. Their age was so great that a human childhood for them was hardly conceivable. In Theogony, however, Hesiod describes the Graeae as being "fair-cheeked". In Prometheus Bound, the Graeae are described as being half-swan.
Hesiod names only two Graeae, the "well-clad" Pemphredo (Πεμφρηδώ "alarm") and the "saffron-robed" Enyo (Ἐνυώ "horror" the "waster of cities" who also had an identity separate from this sisterhood).[4] Pseudo-Apollodorus lists Deino (Δεινώ "dread", the dreadful anticipation of horror) as a third.[5] Calling them "Phorcides", Hyginus, in addition to Pemphredo and Enyo, adds Persis noting that "for this last others say Dino".[6]
They shared one eye and one tooth, which they took turns using. By stealing their eye while they were passing it among themselves, the hero Perseus forced them to tell the whereabouts of the three objects needed to kill Medusa (in other versions the whereabouts of Medusa) by ransoming their shared eye for the information.[3]
The Graeae are similar to the Greek Moirai, the northern European Norns, the Roman Parcae, the Slavic Sudice, the Celtic Morrigan, and the Baltic goddess Laima and her two sisters. The Three Witches from the play Macbeth by William Shakespeare also are similar to the three Graeae."

So the cults & covens of the Graeae persist well into the tulmus chaos of history of Western Civilization. 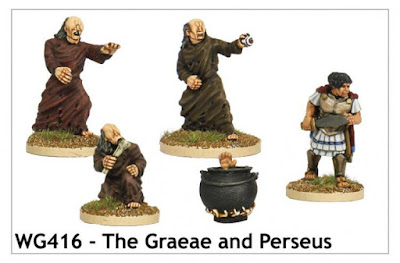 The Graeae and Perseus (WG416) miniatures from the Foundry

But the iron walls of Tartarus isn't simply the home to Typhon but some of the most dangerous cosmic entities that have ever graced creation. According to the wiki entry on Tartarus; "Tartarus occurs
in the Septuagint of Job, and in Hellenistic Jewish literature from the Greek text of 1 Enoch, dated to 400–200 BC. This states that God placed the archangel Uriel "in charge of the world and of Tartarus" (20:2). Tartarus is generally understood to be the place where 200 fallen Watchers (angels) are imprisoned.[18]

In Hypostasis of the Archons (also translated 'Reality of the Rulers'), an apocryphal gnostic treatise dated before 350 AD, Tartarus makes a brief appearance when Zōē (life), the daughter of Sophia (wisdom) casts Ialdabaōth (demiurge) down to the bottom of the abyss of Tartarus." 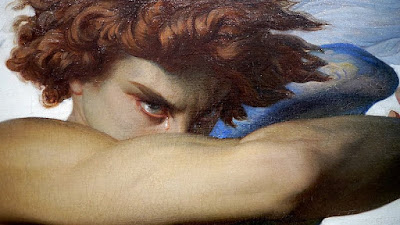 Well, surely Tartarus has nothing what so ever to do with the Las Vegas campaign setting & Venger Satanis? Well actually it does! You see not directly but you see there are alien priests of shadow moving among the population here & there in Vegas. These priests of Shadow are from an ancient & highly alien world known as Torth! These dangerous & devilish masked priests come from a technological post apocalytic wasteland world from the fevered imagination of Venger Satanis. That's right I've brought Revelry in Torth to the table top. 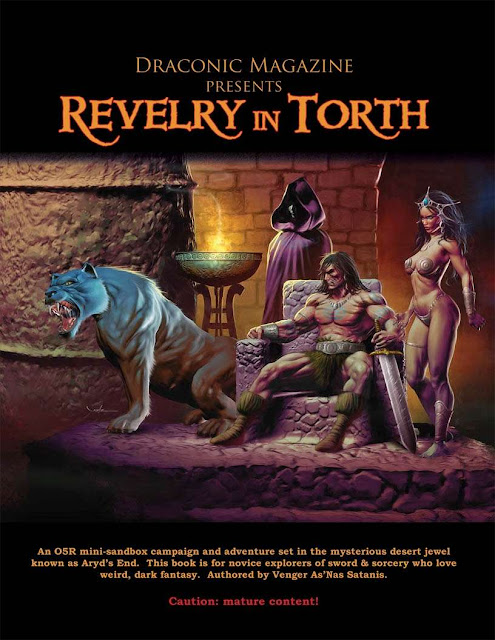 The planar crack of  Cha'alt has allowed the alien world of Torth to rise in the Las Vegas sky & things are about to get much more dangerous & weirder in the Vegas desert sands! Stay tuned!
Posted by Needles at 8:10 PM