"The Earth is striking a blow back against the Martian invaders who have ravaged the Earth for years now. There are ghost cities of ancient Martian technologies but now there have been strange radio transmissions & after the Atomic War of 1960. The Earth has united to strike a blow against the invaders before another inter system war becomes a reality! " The year is the far future of Nineteen Sixty Four & a crack team of commandos is landing on the far side of Mars to scout out on of the last staging areas of the so called '54 Invasion'. Mars is now in its closest orbit since the last invasion of 1897. Three 'abandoned cities' have been targeted by the strike team of adventurers!
We've got seven players in The Amazing Adventures! Rpg  from last night's Mars game! The rocket plane was constructed in deep orbit & our mentalist began the task of keeping watch on the psi scanners. 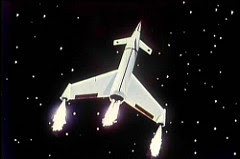 Out of no place we were attacked by Greys saucers! We responded back with a quick series of blasts from the particle beam cannon banks but we took it hard & began our orbit to come into a controlled descent instead of a full on crash! 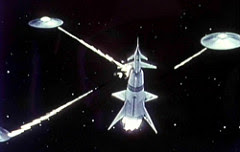 We were able to set down near some of the canals but tried to keep to the mossy lowlands where there were tribal allies. But we didn't know anything about the Greys!!? They had taken over the facilities of the invaders for some unknown reason. We broke out laser rifles & side arms & began the trek to the abandon city. We sent out a quick radio burst to our Red martian allies & rolled well. 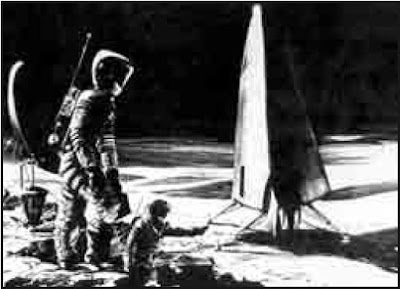 We saw two Grey scout craft & began to zig zag across the landscape hoping to avoid them at all costs. Dodging anything & everything to hide from them.  We rolled well but ended up camping  under the watchful eye of Deimos. 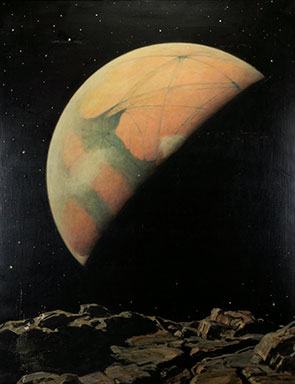 The first of our raiders found a city underground entrance & were attacked by the Grey's
Chupacabra guard dogs! There were eight of em & they came at us with a vengeance & attacked with psi blasts & claws! We lost two of our number to the face eating bastards!


We had to end early because I had work in the morning & so did two of our players. The source for this Christmas Eve, Eve, game came from The Best of Dragon Magazine Volume 1 Deserted Cities of Barsoom By James M Ward. The system we used was Amazing Adventures! rpg & the Amazing Adventures Manual of Monsters 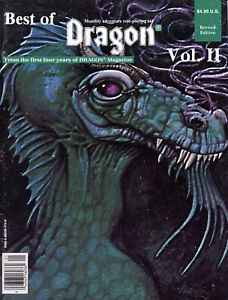 Recently I've reread Edgar Rice Burroughs A Princess of Mars & fell in love all over again with Barsoom. So many of the science fiction elements of Barsoom.
But what does the old Martian Invaders city from HG Wells War of the Worlds hold?
Posted by Needles at 3:22 PM