I shut down my computer last night & rewatched the Dragonslayer movie(1981) & it was great. Wonderful cast, excellent special effects from 1981, fantastic locations, tons  of atmosphere, and none of what I was looking for. Everything  in the film is far too developed to make an effective science fantasy campaign; this film's world is a gritty low fantasy affair.
I started going back through 'Holmes D&D', reading through ''Labyrinth Lord', the 'AD&D 1st Edition Monster Manual', the 'D&D Rules Encyclopedia', 'Adventurer, Conqueror, & King', & finally 'Astonishing Swordsmen & Sorcerers of Hyperborea.' What struck me was the fact I wasn't looking for simply a monster but a symbol. A symbol for an older order of chaos and depravity. Because of the very pulpy nature of the inner Earth campaign that I was running I needed something rather nasty & unexpectedly dangerous. Dragons may appear but their going to more of the dinosaur or saurian worm variety.

What I was looking for was something that I already had and had used in the past. The Hydra was a perfect murder weapon & symbol of chaos in my past games. So why not use it now?! There is also the fact that older players in my games have never experienced the terror & horror of one of these monsters of the older editions. There is also a clear link between hydras & giants in OD&D as well as Edgar Rice Burroughs who used giants a number of times in his pulp novels.  Time & again I've used the hydra to be the left overs of HP Lovecraft & Howard's serpent men. Living toxic waste monsters & weapons left behind in a bygone age. Something for PC's to stumble upon & see them for what they are a product of a bygone age. 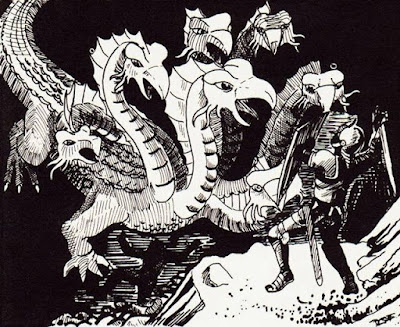 There have been various run ins over the years with troglodytes in red lit Yoth beneath K'n-yan. The troglodytes were once the cannon fodder for their more advanced serpent men masters who could be directed & used in the whole sale slaughters of their enemies. Now only the degenerate colonies of their servants remain on some swamp like fetid worlds & the various red lit caverns where they once tread. 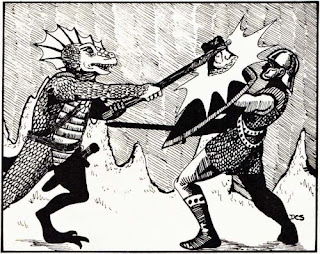 Giants are often the telepathic pawns in the small scale wars that break out between the human hybrid serpent people & the Elder Things who still have alien colonies down below. Medusa continue to act as independent agents for Yig in the darkness spreading the ancient faith along with his dark goddess's corruption among the various peoples down blow in Pellucidar. Even while the Mahars continue their horrid practices in the lost corners of the world paying lip service to their ancient masters. The knowledge they wrought from Ubbo-Sathla they still use to this day. Necromancers from K'n-yan continue their horrors under the gaze of the unceasing sun. 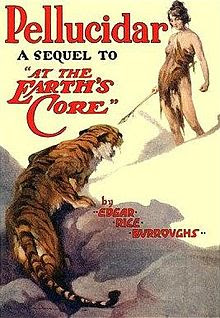 The prehistoric fauna & flora of the campaign are going to demand a far more gonzo pulpy aesthetic for this campaign. I'm going to continue to draw on all of the popular inner Earth material from popular culture including UFO lore, The Lovecraft circle of writers, public domain material, and lots of rubber suited weirdness that at the moment is simmering in my imagination.So I'm going more for the gonzo strangeness of the 1976 At the Earth's Core feel here.