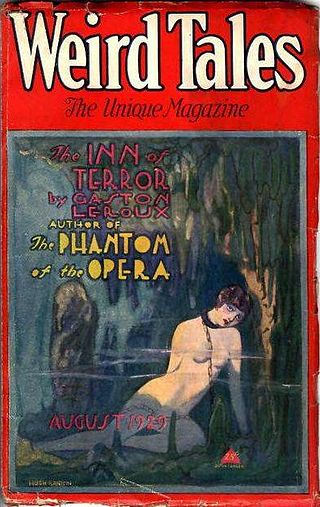 
"Featuring Kull, a barbarian precursor to later Howard heroes such as Conan, the tale hit Weird Tales in August 1929 and received fanfare from readers. Weird Tales editor Farnsworth Wright bought the story for $100, the most Howard had earned for a story at this time, and several more Kull stories followed. However, all but two were rejected, convincing Howard not to continue the series."

The Kull Timeline and the coming of the Barbarians To Atlantis

While we see many of the echoes of Kull  in Howard's Conan's tales. Kull is a very different creature from the barbarian thief. There are many elements that would later be incorporated in other creations of Howard. Here Howard is at his Atlantian cycle's high and it shows. The evil that Kull face is real, in his face, and absolutely determined.
"Kull was born in pre-cataclysmic Atlantis c. 100,000 BC. At the time Atlantis was ruled by barbarian tribes. East of Atlantis lay the ancient continent of Thuria, divided among several civilized kingdoms, including Commoria, Grondar, Kamelia, Thule, and Verulia. Most powerful among these was Valusia. East of Thuria were located the islands of Lemuria, which were the mountaintops of the sunken continent of Mu.
Kull was born into a tribe settled in the Tiger Valley of Atlantis. Both the valley and tribe were destroyed by a flood while Kull was still a toddler, leaving the young Kull to live as aferal child for many years. Kull was captured by the Sea-Mountain tribe and eventually adopted by them. In "Exile of Atlantis", an adolescent Kull grants a woman a quick death so that she would not be burned to death by a mob; for this he is exiled from Atlantis.

Kull did not leave Valusia or return to the life of an outlaw. Instead, he joined the Royal army as a mercenary, pursuing elevation through the ranks. In The Curse of the Golden SkullKull, approaching his thirties, is recruited by King Borna of Valusia in a mission against the ambitious sorcerer Rotath of Lemuria. Kull proves to be an effective assassin.
Borna promoted Kull into the general command of the mercenary forces. Borna himself, however, had gained a reputation for cruelty and despotism. There was discontent with Borna's rule among the nobility leading eventually to civil war. The mercenaries proved more loyal to Kull than any other leader, allowing him to become first the leadership of the revolt and then King. Kull killed Borna and took his throne while he was still in his early thirties. In The Shadow Kingdom, Kull has spent six months upon the Valusian throne and faces the first conspiracy against him.
The series continued with Kull finding that gaining the crown was easier than securing it. He faces several internal and external challenges throughout the series. The conspiring of his courtiers leaves Kull almost constantly threatened with loss of life and throne. The aging King is ever more aware of the Sword of Damocles that he inherited along with the crown.
The Mirrors of Tuzun Thune finds Kull reaching his middle-forties and becoming progressively more introspective. The former barbarian is left lost in contemplation of philosophy. At this point the series ends. His fate is left uncertain."
Why Use Kull's Cycle For Your Old School Campaigns

"Thulsa Doom first appeared in the short story "Delcardes' Cat" by Robert E. Howard, which featured the character Kull as the protagonist. Howard submitted the story to Weird Tales in 1928 under the title The Cat and the Skull[1] but it was not accepted. The story did not see print until 1967 in the paperback King Kull published by Lancer Books.[2] Thulsa Doom is described by Howard in "The Cat and the Skull" as being a large and muscular man (As he and Kull are said to be "alike in general height and shape."), but with a face "like a bare white skull, in whose eye sockets flamed livid fire." He is seemingly invulnerable, boasting after being run through by one of Kull's comrades that he feels "only a slight coldness" when being injured and will only "pass to some other sphere when [his] time comes.
In the end Kull is one of the best of Howard's creations and much under used by DM's and gamers in my humble opinion. These are simply some fast thoughts, humble opinions, and ideas use them as you will.
Happy Gaming

This blog entry is for entertainment and educational purposes only.  This blog post is not intended as a challenge to copyright or trade mark.
The name Kull and the names of Robert E. Howard's other principal characters are trademarked by Paradox Entertainment of Stockholm, Sweden, through its US subsidiary Paradox Entertainment Inc. Paradox also holds copyrights on the stories written by other authors under license from Kull Productions Inc.
The Australian site of Project Gutenberg has many Robert E. Howard stories, including several Kull stories.[2] This indicates that, in their opinion, the stories are free from copyright and may be used by anyone, at least under Australian law.
Subsequent stories written by other authors are subject to the copyright laws of the relevant time.
Posted by Needles at 11:03 AM