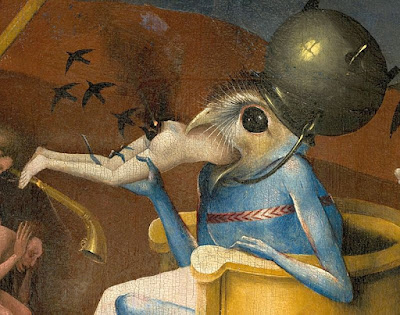 I saw a shape with human form and face,
If such should in apotheosis stand:
Deep in the shadows of a desolate land
His burning feet obtained colossal base,
And spheral on the lonely arc of space,
His head, a menace unto heavens unspanned,
Arose with towered eyes that might command
The sunless, blank horizon of that place.

And straight I knew him for the mystic one
That is the brother, born of human dream,
Of man rebellious at an unknown rod;
The mind's ideal, and the spirit's sun;
A column of clear tame, in lands extreme,
Set opposite the darkness that is God.


There are times when the gates of Hell swing wide open & the royalties of Hell walk the Earth. These dark  times are limited but the stain that the cloven hooves of the demons & devils of Hell leave a taint behind that no Earth cleaning can ever get rid of. There are other objects that get left behind after pacts & deals go wrong. Treasures of the infernal realms are numerous & very dangerous. These treasures imperil not only mind, & body but the very soul of their owners. After 1d8 months there is a chance of one of the major princes of Hell taking a notice of the owner. The infernal gaze of a prince of Hell will cause the owner to lose 1 point of wisdom every new moon. Should the owner succumb to the tempting vision that these treasures create in the owner then the owner must save vs death. A failed roll will mean that a door to Hell opens next to the PC & it is said that Lucifer himself will come for the owner. 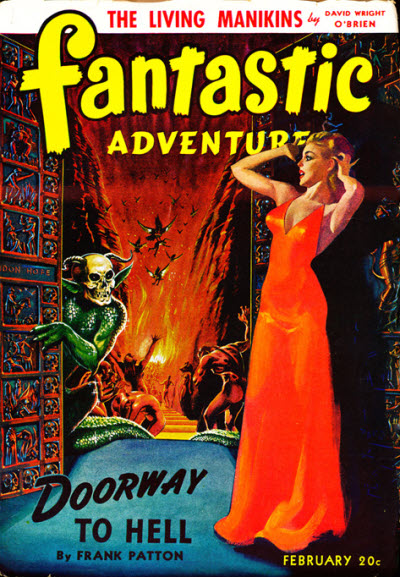 The princes of Hell will sometimes place one or more of these minor items on Earth to snare particularly juicy & evil souls. There is a tempting glamour about these objects & anyone attempting to bypass an item must make a save vs wands or a wisdom check to avoid the infernal aura that seems to surround such items. Obviously these items carry a minor curse & under no circumstances will the owners want to get rid of such 'beauties' or 'precious' objects.