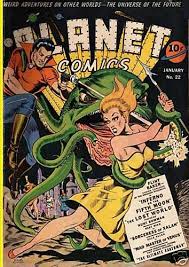 LargeNo. Enc.: 1d4Alignment:InimicalMove: 120'(40’)Armor Class: 5Hit Dice: 6Attacks: 3 Damage: 1d8 (plus special)Morale: 9
Hiquggot- The Botttomless Gullet is believed to be a guardian for a gill man culture that was cloned by the bio weapons division of the Human Empire. The bio weapon has evolved, mated, & spread across the cosmos.
The dwells anyplace there is water & prey. Humanoid prey is preferred. The monster has an high rotating internal chemistry that adapts to prey.
The creature attacks with any one of its eight bone crushing tentacles doing the usual 1b8 points of damage due to the barbs & tearing hooks of the tentacles.
The  end of each tentacle is a hollow tube that actually shoots a calcium dart at its prey. Each dart is loaded with a vile cock tail  & combination of many different proteins, peptides and enzymes lethal to any animal life it hits. It begins to break down flesh, bone, etc. doing 1d6 points of damage per round.
The creature also has an internal expanding gullet which can draw prey whole & dissolve it within days. The internal workings of the creature are filled with row after row of tiny needle sharp hooks to hold prey within. These hooks do 1d3 points of damage per round & there are hundreds of them. The prey must save versus poison or a naturally occurring saliva will lull the prey into a trance like state to be swallowed.
Eggs of these creatures are self fertilizing & very hardy. They hatch within 72 of  laying & the beasts fully develop within a three day cycle. They can eat practicably anything & live for extended periods on fat reserves until prey can be found. They hunt in both day light & night. These creatures can survive in raw sewage with little problem & thrive in toxic waste like conditions!
Posted by Needles at 9:19 PM