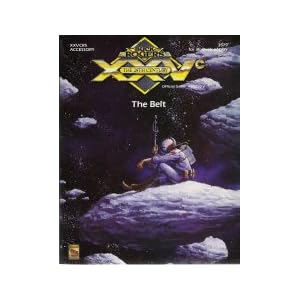 Are game didn't go like the above picture instead it was a hybrid of  Dune & Star Wars on acid. The party  wrapped up dealing with a planet full of nanite style machines that swarmed through the atmosphere of a planet. There was a mad scientist priest type who basically was running an interrocitor with a strange set up. The planet was drained of all resources & the party thought they had won a world filled with resources only to to learn the planet was drained completely of every vital resource.
Three things really bugged them:


Meanwhile the planet that had been striped of resources began to break apart as the cloud departed the system. Their factory ship was throw into a decaying orbit as the planet began to decay. Quickly, steadily, & without mercy. The players were able to get back to both of the systems that they had previously "liberated" almost destroyed. Get their space cows back along with the ranchers & their families.  Along the way tonight the party discovered a fusion plant that had been actived by the compressed materials from a dozen star systems. The place was crawling with  Mi Go armed with X ray lasers doing 1d10 damage each. The group tonight was joined by a friend from the other group that I game with. They were able to liberated the fusion plant but at great cost to themselves!
One of the PCs bought it tonight when he learned that X-ray lasers can easily pass through armor even space craft armor. The clone banks will be churning him out next week! What About Buck?
Since the Buck Rogers rpg is based on D&D 2nd edition there are definite advantages. The system makes converting whatever I want to a snap. The space rules are wonky to say the least & the gennies make an excellent excuse to plug & play what's needed.
The character classes are all there. It needs a decent psionic system but with everything being super science powers I bolted those on right away. The game is far more science fantasy then hard science fiction which fits the hard rolling tone of  my campaign anyway.
If I  didn't own the game would I get it? Not at the current price on Amazon of 48.00 for a box set. The books are worth it if you've played AD&D & you want something that runs like a top with little issue. But you'd better used to AD&D 2nd edition! Seriously this is what a character sheet looks like Here
There are definitely some things I'm going to be changing with this system:
Here's a quick overview of the Buck Rogers world Here Ahem so there will be illicit substances brought in as soon as possible.

2. Genesplicing & aliens will be kept as the norm. This game is going more towards The bench mark for me is this bit
His stories often involve ancient alien beings who have been worshipped as gods. This theme is similar to the tales of H. P. Lovecraft though, unlike Lovecraft's tales, Moore provides a hero who always manages to win out over hopeless odds. The classic Northwest Smith story is "Shambleau" in which Moore plays with themes of sexuality and addiction in Smith's encounter with a strange female alien.
More about this Here
Buck's depiction of gennies, the space crafts depicted  enables me to get into Leigh Brackett more then Mr. Dille's creation! Especially the Eric_John_Stark stories with lots of background from the Leigh_Brackett_Solar_System which works very well with the system.
The Buck Rogers world works better this way then with Anthony Rogers at all. The system is a fine science fantasy system as long as Buck is left out
3. Computers & Cybernetics will be there but will be closer to classic space opera then cyberpunk. Unless the party encounters a high tech world
Posted by Needles at 10:41 PM