In 1972 Silent Running broke new ground both special effects wise and as a science fiction ecological thriller.  Its basically about an Earth where all the plant life has been made extinct.  It can also be used as the basis for a kick ass science fiction campaign.


The plot according to Wiki with major spoilers ahead :
The film depicts a future in which all plant life on Earth has been made extinct. Only a few specimens have been preserved in enormous, greenhouse-like geodesic domes attached to a fleet of American Airlines space freighters, currently just outside the orbit of Saturn. Freeman Lowell (Bruce Dern), one of four crewmen aboard the Valley Forge, is the resident botanist and ecologist who carefully preserves a variety of plants for their eventual return to Earth and the reforestation of the planet. Lowell spends most of his time in the domes, both cultivating the crops and attending to the animal life.[1] 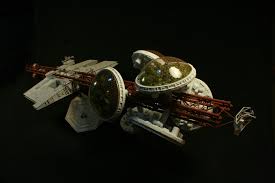 Orders come from Earth to jettison and destroy the domes (with nuclear charges) and return the freighters to commercial service. After four of the six domes are jettisoned and blown up Lowell rebels and opts instead to save the plants and animals on his ship. Lowell kills one of his crew-mates who arrives to plant explosives in his favorite dome, with his right knee seriously injured in the process. He traps the remaining two crewmen in the other dome, just as it is jettisoned and destroyed. 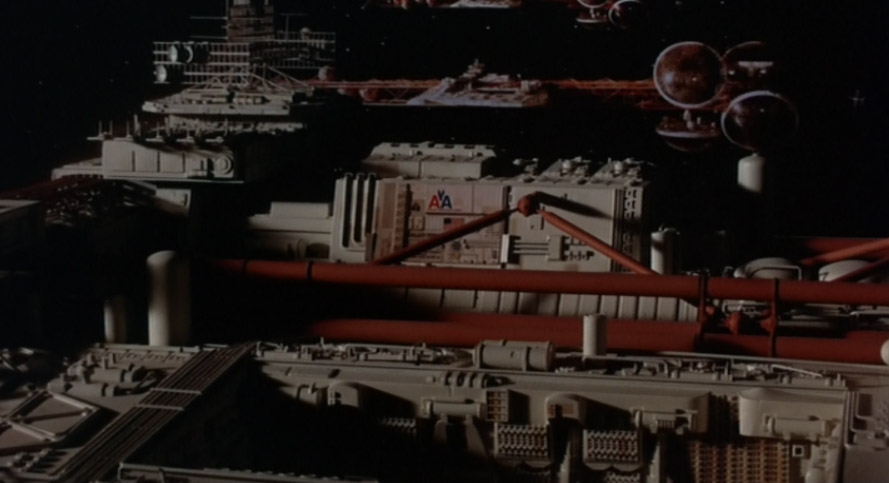 Enlisting the aid of the ship's three service robots, Lowell stages a fake premature explosion as a ruse and sends the Valley Forge careening towards Saturn in an attempt to hijack the ship and flee with the last forest dome. He then reprograms the drones to perform surgery on his leg and sets the Valley Forge on a risky course through Saturn's rings. Later, as the ship endures the rough passage, Drone 3 (later nicknamed Louie) is lost, but the ship and its remaining dome emerge relatively undamaged on the other side of the rings. 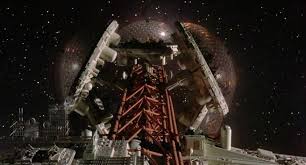 Lowell and the surviving drones (which he nicknames Huey (Drone 2) and Dewey (Drone 1) after the cartoon characters), set out into deep space to maintain the forest. Lowell also reprograms Huey and Dewey to plant trees and play poker. Huey is damaged when Lowell accidentally collides with him while driving a buggy recklessly, and Dewey sentimentally refuses to leave Huey's side during the repairs. As time passes Lowell is horrified when he discovers that his bio-dome is dying, but is unable to come up with a solution to the problem. When the Berkshire eventually re-establishes contact, he knows that his crimes will soon be discovered. It is then that he realizes a lack of light has restricted plant growth, and he races to install lamps to correct this situation. In an effort to save the last forest before the Berkshire arrives, Lowell jettisons the dome to safety. He then detonates nuclear charges, destroying the Valley Forge. The final scene is of the now well-lit forest greenhouse drifting into deep space, with Dewey tenderly caring for it, holding a battered old watering can. 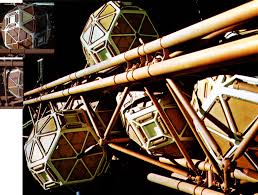 Using 'Silent Running' As The Basis For A Mega Dungeon The Valley Forge and its caravan of frieghters provides  exactly what we need to use 'Silent Running as an adventure hook and Wiki provides the other:

In an interview with Starlog magazine in the late 1970s, Douglas Trumbull revealed that the plot of the movie in the original version of the script was quite a bit different from what was actually filmed. In the original version the space freighters were on permanent duty, carrying biological domes. When they are finally told to blow the domes and return to Earth, it is because the freighters are going to be scrapped 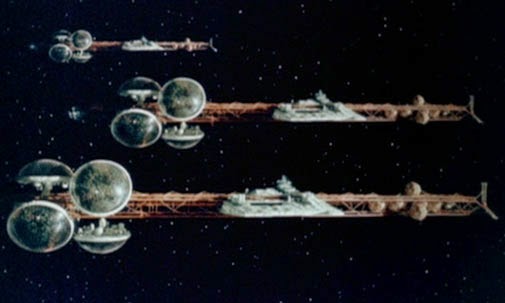 Each of the Freighters is about 2000 ft long  and comprised of a metal lattice that runs through out the structure of the ship. The greenhouses are clustered around one end of the ships right near the ion drive system.
The living quarters are located in the flat stubby wings of the ship.

The  fleet of American Airlines space freighters was part of a corporate sponsored effort to preserve the fauna and flora of Earth. This was both a promotional event and actual gesture by the the corporations on Earth. These were actually "Heirloom Genetics" - Plants and animals that could be cloned over and over again. A cargo beyond compare. They're still out there. 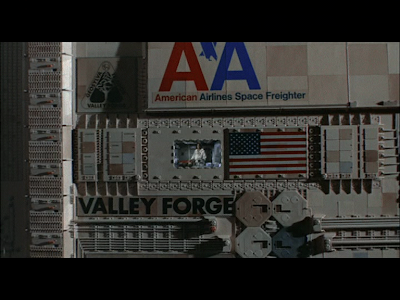 I've used the Valley Forge, The Geosylva, and Keenan as adventure locations in both OD&D Star Trek and the Talon sector. The idea of the corporations launching such fleets right after WWIII to save the planetary genome presents a unique opportunity. These ships have also appeared in Gamma World 1st edition, recently in a  Mutant Future Metamorphosis Alpha mash up, and in a recent Carcosa game.
These ships represent a very valuable resource to PC's in games and often the best, brightest, and shining treasure. The fact that such untouched resource with the ecological message attached is floating presents too much of an emotional lure to players.
Part II coming up tomorrow!
Posted by Needles at 7:53 AM