The Eugenics Wars And Beyond For Your Old School Space Opera

Part III of this series is right over
HERE


This is not our world
Rise of the Eugenics Wars

Between 1992 and 1996 the world was plunged into controlled chaos as the Eugenics Wars saw the rise of the genetically created supermen.
According to wiki :
Khan had been both the most successful conqueror and the most benign ruler of the group, ruling more than a quarter of the Earth's area across Asia to the Middle East from 1992 to 1996

The world was plunged into limited nuclear war and the scars it created ran deep. The genetically superior  were competitive not only  among themselves and others but their ambitions knew no bounds. The magnetic pulses created during this time threw mankind back into a short technological Dark Age. The supermen were there to help. And within two years a superior analog technological world emerged.
While they were in power space exploration became one of their agendas. For he who controlled the stars was indeed the 'Superior Intellect'.
Kahn and his ilk revitalized American Airlines, Pan Am, and many other older companies as a way of pushing the intelligence of mankind into suitable controlled  corporate technological development. A way of showing his fellow man that they too could be gods on Earth themselves. While a seemly noble cause. This  was actually a protracted hidden form of warfare among the 'genetically superior'.
The limited war killed millions estimates range between 37 million to 330 million. It was during this time that the world saw another of the faces of its monsters.


According to Wiki: " Green killed hundreds of thousands of victims of radiation poisoning in order to prevent their future mutant offspring from contaminating the human genome. Despite Green's claims that the operation was "humanitarian," this eugenicist action was labeled as genocidal by future historians.Green's forces were incredibly dangerous and loyal because of  'designer pharmaceuticals' which allowed commanders complete control over the minds and hearts of their forces.

Green's 'Optimum Movement ' was a direct reaction to the rise of the genetically superior and through brutal almost Nazi like tactics as well as philosophy Green sold a form of  'Superior Philological Ideals'.as an excuse for his force's actions.  These ideals were a simple 'Manifest Destiny' and 'conquest of the weak to optimism the strong.' Green controlled and held control of many of the areas that were the most devastated during the war.
Green is a despised figure even today. Historians  continue to make comparisons with other petty dictators. His personal ideals about warfare can be summed up in the following:
The rules of warfare  do not apply and he was reluctant to negotiate with anyone, except where it might  have personally benefited him.   Many have pointed out that Green was fond of turning against his own allies whenever it suited him, and that he tended to strike at his enemies in the midst of conducting treaty negotiations.

His ultimate fate remains unknown even to this day.

Pushing the Boundaries of Technology
The fires of the Gods

While most of the supermen were killed or sentenced to death, Khan and 72 others escaped Earth by way of the sleeper ship SS Botany Bay. 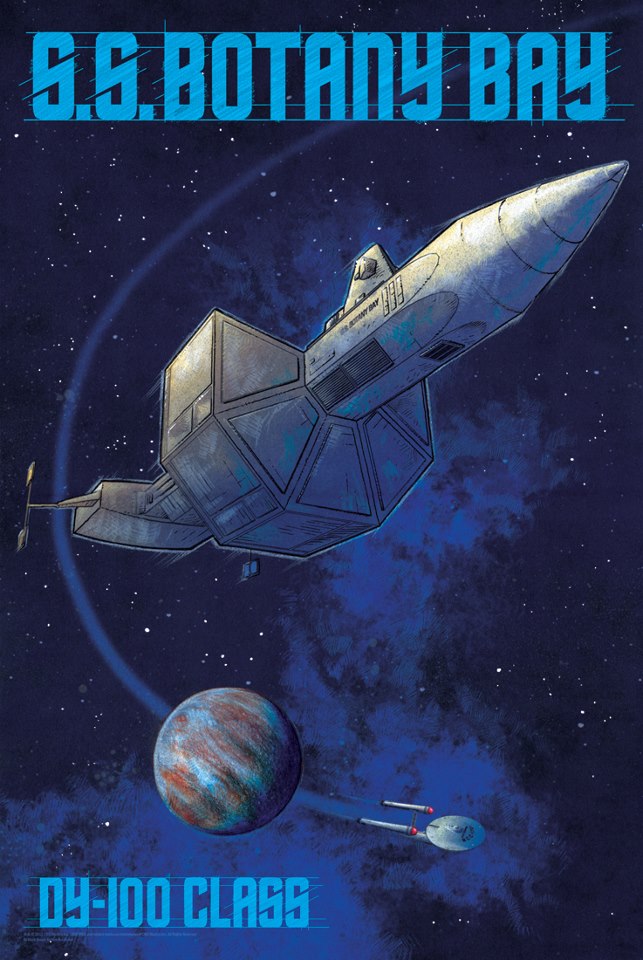 The genetically superior showed humanity that we were unto Gods and the fire of  the 'Ion Drive' freed humanity from the bounds of the Earth.
We were given the fire by the titan Prometheus and the fire allowed humanity to show the light into the darkness of space. Earth's Space Research Centre established Moon Base Alpha.
The Sleeper ship came into its own  between 1996 thru 1999. The ships allowed the establishment of permanent colonies throughout the galaxy. The multi layered mission cargo packages allowed an incredible range of mission objectives.

The creation of viable cryosleep chambers freed mankind from the yoke of death or so it seemed. Cyro tech was followed by some incredible advances in Duetronics technology. 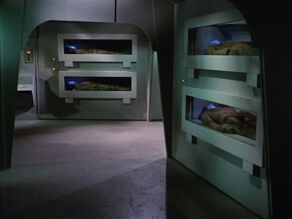 1999 saw the most incredible advances as mankind reached for the stars. Pan Am returned as one of the leading space providers.  The first practical ion engine allowed the company to bridge the world together.

The Pan Am Orion became the multi function  vehicle that was needed to take us beyond our solar system. Colonies across the galaxy imported this design and its still in use. Easy to manufacture, great lines, easy upkeep, and more make this a true classic.

Commercial applications, interstellar, and beyond. This incredible classic defined a generation.

Space Flight became routine and the Earth seemed to relax. Between 1997 through 1998  there wasn't a day that would go by when the news pads contained another important discovery.
That was about to change. 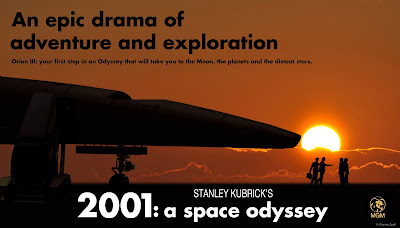 The events of 1994 took the focus off of the World War and put our attention squarely on space.

The establishment of  Moonbase Alpha was a very important stepping stone of mankind into the galaxy.
Then in 1999 the moon disappeared! The world raced to fill the void left by the Moon. Giant Van Holand artificial gravity generators,
massive orbital compensation stations were built. Then within one year the Moon and all of Alpha's crew returned to their old orbit with no memory of the year's journey.
Earth was stunned. The Moon suddenly became the focus of the Earth once again. Every single square inch of our closest neighbor was looked  at by top men.

In the year 2001 they found their proof again with the disappearance of Dave Bowman and the shutdown of Discovery .
Those in the know were shocked by the revelations.
The Red Book was made available, the archives of both Project Tik Tok, and U.F.O.  as well as The Metaluna database, and the Altar I.V. Revelations.
The pillars of faith were shook as the true nature of Earth's history was revealed to the various leaders of the Moon and Earth as well as certain members of her colonies.

In 1990 the break through of  A.I occurred in  Urbana, Illinois, at the HAL Plant. Within a few short years the HAL (Heuristically programmed ALgorithmic computer)  a sentient computer (or artificial intelligence) that controls many commercial and private systems is being deployed across the world. 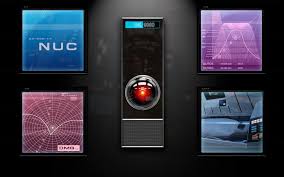 The PAL,SAL, HAL, and many other series were revolutionary and led to the development of many of the duotronic devices used after WWIII.
Names such as Chandra, Sighn, Daystrom, Delos, Tyrell, Weyland, and many others passed through the corridors of the HAL plant. One of the most influential teachers was Professor Miles Dyson whose work with Cyberdyne Industries is still sited today. His work would be used as part of the basis for android technology.