There's been few nights that I've had an opportunity to take a look through some of the more obscure The Dragon magazine articles for my Cha'alt/Godbound campaign that I've been working on. I'd love a deeper Dungeons & Dragons hold on the adventure setting. So out came two early Dragon magazine issues, specifically issue #37 & issue #47 respectively.
Why?! Because of the contents on other planes & gates! 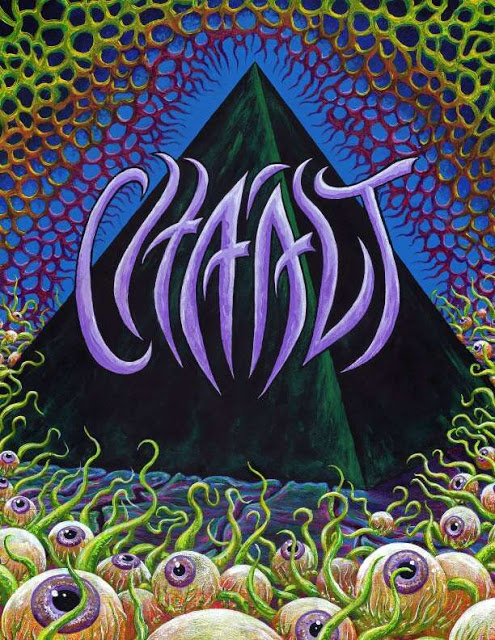 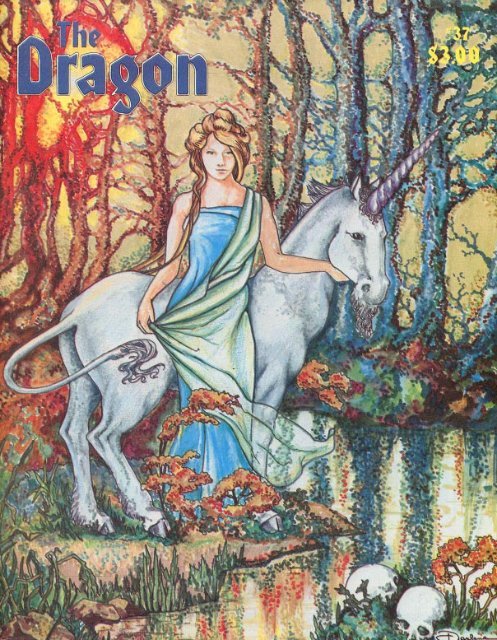 'From The City of Brass to Dead Orc Pass' by Ed Greenwood is one of my seminal introductions to the planes & gates specifically the fact that this article contains one of the best break downs of Philip Jose Farmer's World of Tiers gate systems. The other article in it on the 'The History of Elf Land' by G.Arthur Rahman but we'll get back to the Rahman article in a moment.  Basically in the Farmer novels  a bunch of technological demi gods got together & created their own private play ground universes. This whole cloth concept would be lifted for the rpg Lords of Creations you can read about that here at the 'A Paladin In The Cidadel' blog. 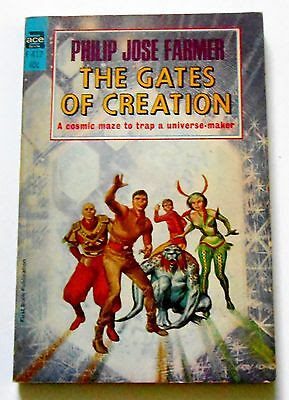 I've used PJF's work hundreds of times before & mostly he seems forgotten except by certain older corners of sci fi fandom. Too bad his stuff was entertaining, fun, & with some solid concepts way ahead of his time.   'The History of Elf Land' by G.Arthur Rahman gives me a solid footing for an alterative home of the Elves for this campaign & helps to explain some of the weirder inhabitants of Cha'alt.
The second thing I'm working on is the deeper background of some of the aliens refugees of some other planes. For that I've grabbed The Dragon isssue #47 & the articles Astral & ethereal searches; Creatures from elsewhere — Seven out-of-this-world monsters; Bazaar of the Bizarre — Magic involving other planes. All of these are perfect for adding a strange twist on the already kitch & bazzar setting of Los Vegas. 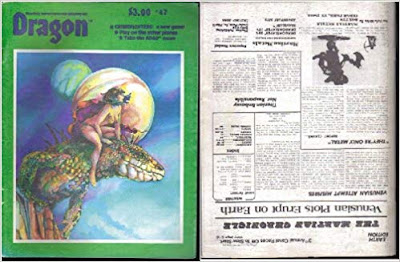 Coming straight out of the 'Creatures from Elsewhere' by Patrick Amory are the Mapmakers; "A Mapmaker looks like an overgrown weasel at distances of 20 feet or more; however, up close it is obviously quite different. It has scaled skin like a lizard; it has a long tail, a humpback and it stands on two legs. It has an Elizabethan-type ruff about its neck, multi-faceted flashing eyes, a strange protruding “sucker mouth,” rubbery arms and a webbed hollow in its back. Mapmakers come from the plane of Pandemonium, and are quite common there. They have a passion for maps, and are never encountered without one. The maps are not necessarily accurate, and often they are totally false, describing non-existent places. They are very detailed and beautiful, however, Mapmakers value their maps more than they do gold." A local cult has been using a map maker's abilities to chart some of the dimensional instabilities & cause all kinds of problems. The inhabitants of Los Vegas have hardly noticed but the gods of Earth are getting ready for war! 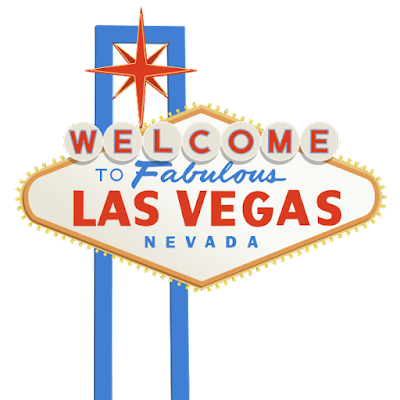