"Enter this world and discover excitement far beyond your wildest dreams. Greyhawk is the place where adventure begins and ends?."

James Ward usually gets the attention for Gamma World but actually he contributed to the second phase of Greyhawk back in Nineteen Eighty Eight. Greyhawk Adventures is a solid & very useful book to this day for both the old school dungeon master & the OSR dungeon master. Because let's face it sometimes the two are not mutually exclusive. This book always gets talked about how it was released in between first & second edition Advanced Dungeons & Dragons. The fact that it was one of the last hardbacks & its a classic for lots of reasons. But does anyone talk about the Sword & Sorcery Greyhawk going on between the covers?! 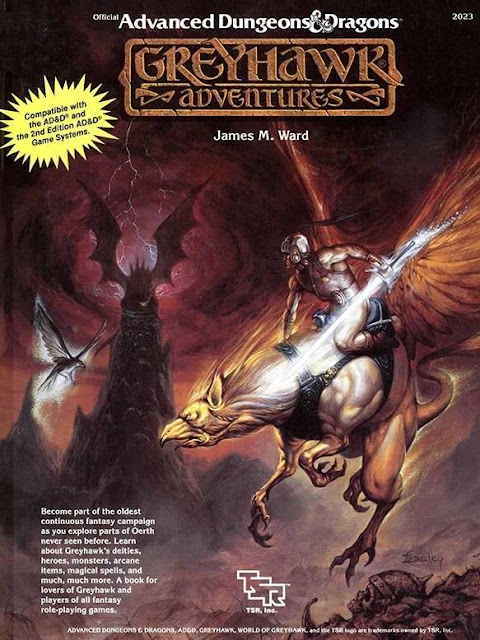 I keep getting from the old school gamers in my area, you can't add a Greyhawk setting  to a retroclone like Astonishing Swordsmen & Sorcerers of Hyperborea 2nd edition. Can we just take a moment to talk about the dark black & white artwork lavished through out this book? 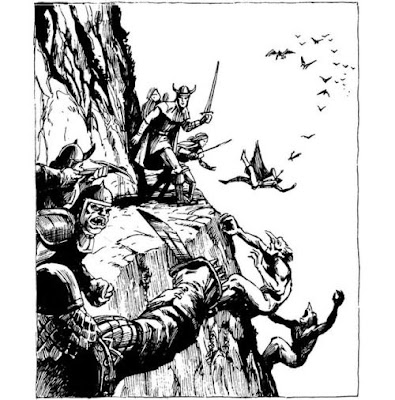 Lavished with this sort of black & white artwork by Jeff Easley, Jeff Dee, Diesel, Larry Elmore, Jim Holloway, Erol Otus, Dave A. Sutherland III, Dave A. Trampier & , Gary Williams. This book's artwork credit reads through like a who's who of old school Advanced Dungeons & Dragons graphics & classic artwork. The book's layout is top notch classic era TSR. Besides this book & the classic Greyhawk Folio or the box set that's all you as the dungeon master need to run through Greyhawk. 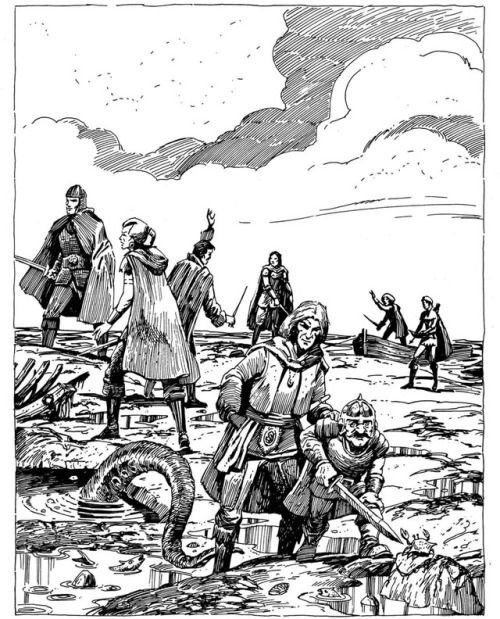 The Sinking Isle randomly rises from the sea then disappears below the waves again, probably inspired by the Sinking Land of Fritz Leiber’s Nehwon (Jeff Easley, AD&D Greyhawk Adventures, TSR, 1988) Taken from the Old School Tumbler Greyhawk Adventures introduces all of the classic Sword & Sorcery elements of the setting including deities, monsters, NPCs, spells, magic items, geography, adventures, and 0-level character rules. Now none of this may seem important but its sometimes the little things that players will remember. Name drops, setting details, bits of rumors, local history.

Being able to have PC's who are able to transition between Hyperborea & Greyhawk is very important for a number of reasons for me over the years. One it allows the dungeon master to have normal AD&D style adventures within the confines of a regular recognizable AD&D  setting. Then there's the fact of being able to bring the worlds together allowing dastardly Hyperborean deeds in the Greyhawk setting. The two worlds are not permanantly planarly bonded in my experiences as both player & DM. They come into phase about once or twice every year depending on the cycling of the calenders of both settings. Transitioning between the two setting  is not easy at all. There is adjustment for the Hyperborean wizards & the Greyhawk wizards to Hyperborea but mutual trade is solid between the settings. 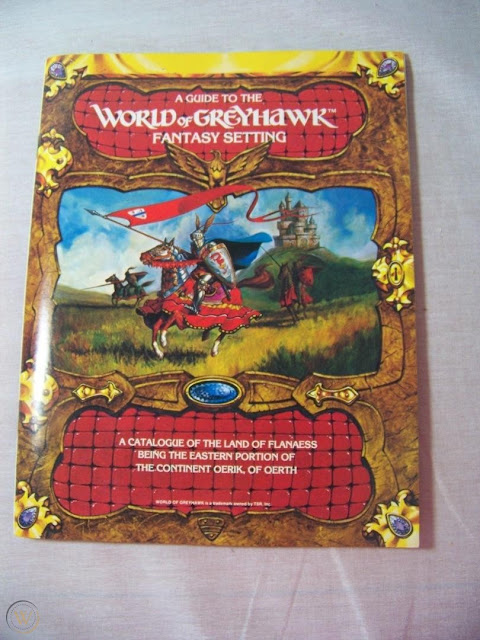 All of this is due to conversations with DM Steve over the weeekend about his AS&SH game plus bits & bobs with others over the years.
Posted by Needles at 9:25 AM