"A1: Slave Pits of the Undercity: It is time to put a stop to the marauders! For years the coastal towns have been burned and looted by the forces of evil. You and your fellow adventurers have been recruited to root out and destroy the source of these raids—as hundreds of good men and women have been taken by the slavers and have never been seen or heard from again!" 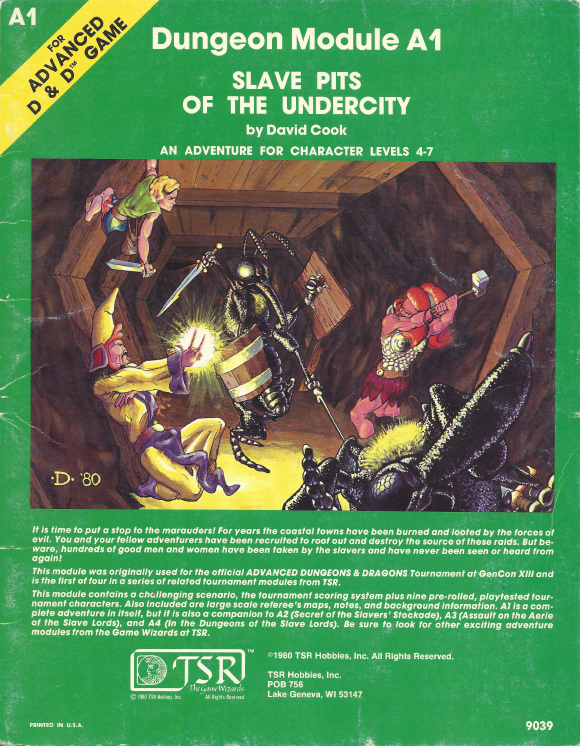 So tonight let's talk about the classic A1: Slave Pits of the Undercity by David 'Zeb' Cook from 1980. "A1: "Slave Pits of the Under City" (1980), by David "Zeb" Cook is the first of the "A" Slave Lords adventures. It was published in October 1980."  Look if your gonna go for this classic module then go for the 'Against the Slave Lords'  2013 collection of this classic series of modules. This collection has AO Danger At Dark Shelf Quarry; "A0: Danger at Darkshelf Quarry -- that you can use to kick off an AD&D campaign that pits a group of adventurers against the evil Slave Lords! Module A0, designed for levels 1-3, sets the stage for events that unfold throughout the remainder of the "A" series." 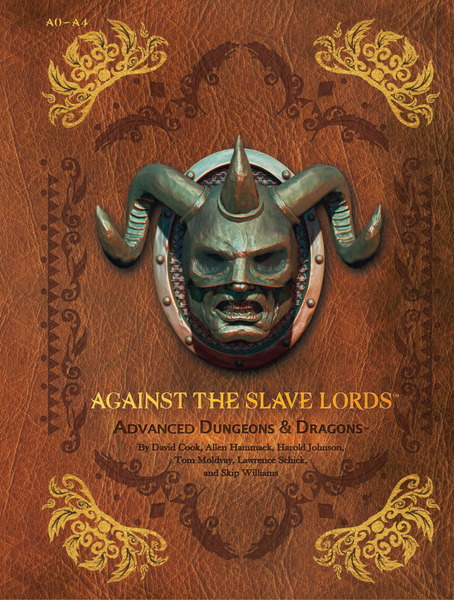 Now let's say that the Slavers are not exactly satisfied with the world of Greyhawk. They've been looking into their crystal balls & have spied the world of Astonishing Swordsmen & Sorcerers of Hyperborea.  For some years now they've been secreting spies, thieves, assassins, etc. among the populations of Briagand's Bay, the captial city,etc. The first adventure goes off just like it does normally with the events of the A0: Danger at Darkshelf Quarry happening normally getting the first level adventurers in on the Slaver's action on Hyperborea. Why?! Because it sets up the party for the further dangers of A1: Slave Pits of the Undercity by David 'Zeb' Cook. Even though these were originally tourament adventures the interior of A1 has lots of adventure connective tissue. 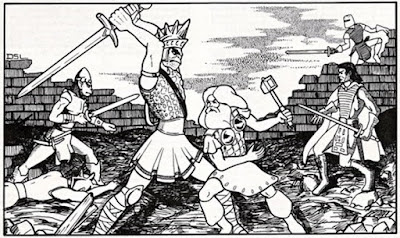 Drop the usual AD&D suspects unless you want to mix & match an AS&SH & AD&D party of adventurers.

A1: Slave Pits of the Undercity serves it purpose & it serves it well introducing the Slaver's goblin forces amid the ruined city of Freeport which might well become an outlying port from Brigand's bay. The guts of the module stays the same but the exterior is about to undergo a radical transformation.
With a bit of handwaving by the dungeon master Freeport becomes a raided seaport with the temple & sewer ruins which have been infested by the forces of the slavers. They carry with them the taint of foul black magicks! Their forces of orcs are the servants of a demon pig god after all. The whole module takes on a more alien feel with the inclusion of the Aspis. 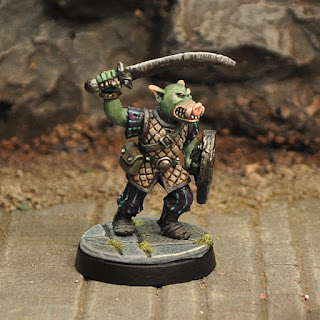 Othewordly Miniatures orcs are perfect to mess up the adventurers.

To run this properly the dungeon master is going to need a large core group of players. I would include a fair amount of extra PC's for the player's they will need it. Should they actually manage to survival it will be a miracle. How are the slavers able to opperate on Hyperborea & travel there? The ships of the Slavers have potions of space mead to protect their forces from the ravages of planar travel.
A really good way of joining Hyperborea & A1: Slave Pits of the Undercity is to take AS&SH's  The Rats In The Wall & Other Perils to join it up with the events unfolding in A1. This makes the module co oped into the world of Hyperborea without taking away from the module series events in Slaver series. 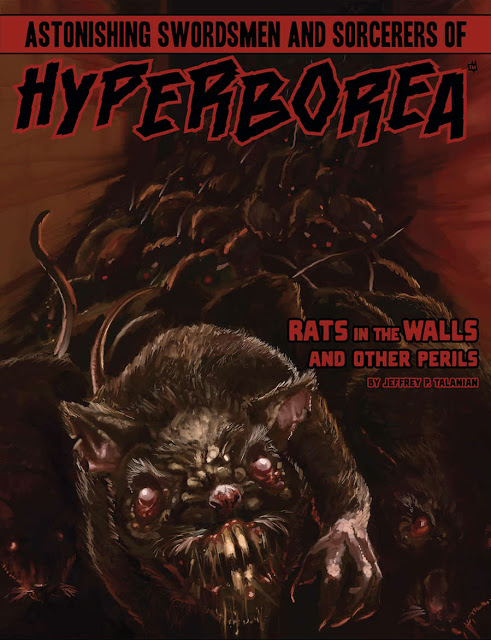 The forces of the Slavers have probably been operating on Hyperborea for years. The various 'exotic' humans of Hyperborea would certainly be a novelty among the jaded royals of Greyhawk. Not to mention a welcome change of menu in certain sections of Greyhawk. Greyhawk in this style of campaign is going to be a gritty & fallen Sword & Sorcery location. The horror factor is going to be amped up & A1: Slave Pits of the Undercity, A2: Secret of the Slavers Stockade, A3: Assault on the Aerie of the Slave Lords, and A4: In the Dungeons of the Slave Lords are certainly going to speak to this in spades! 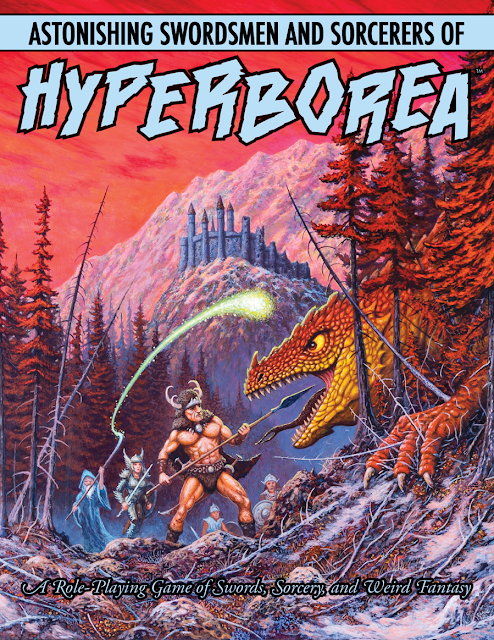 We'll certainly open this series up more as we progress into the Slavers series & collection as the month continues if we've got the interest of you the readers!
Posted by Needles at 8:21 PM