"A long journey under an azure sky filling with brackish, boiling clouds ends at a large oak tree. Here, from a muscled branch, a man hangs limply by a thick rope strangled around his neck. Beyond, a dim, rising, yellow moon silhouette’s a village. Snaking, ashy tendrils of smoke coil above rooftops, lights glitter in windows while a miasmal fog creeps down upon the village from freshly churned fields. Then, as sudden as lightening, a fife and fiddle begin a joyous tune. This stops as abruptly as it started. All that now can be heard is a rope straining and groaning with the weight of the hanged man.
A bizarre and humorous adventure where absolution is as important as keeping one’s head." 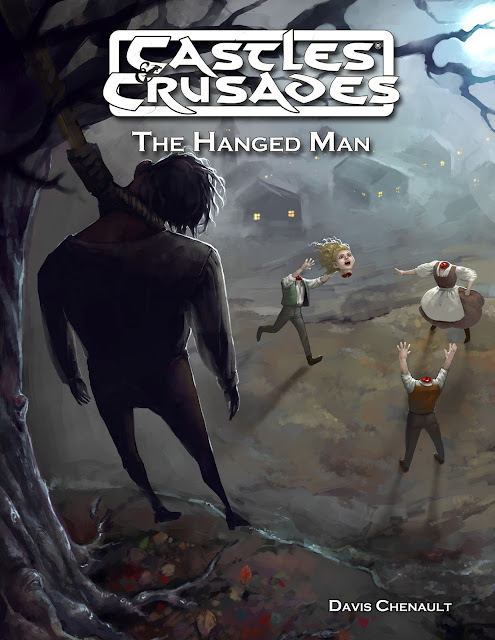 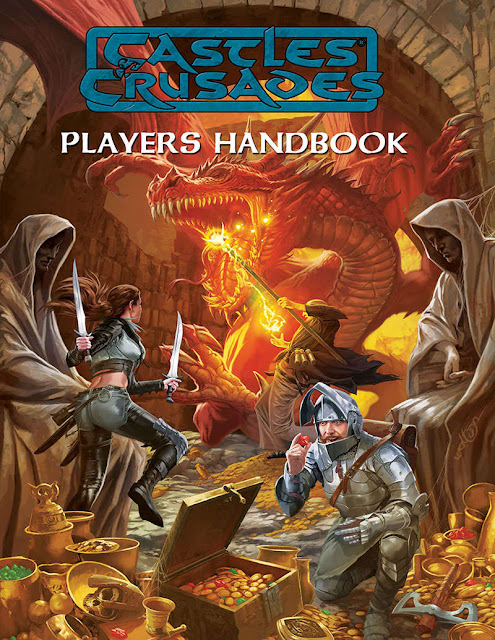 The adventure location, the adventure elements, circumstances, etc. are all handled with a deft hand by writer/designer Davis Chenault. He turns in a solid adventure with all of the bells & whistles that you expect from Troll Lord games. The material here is straight up fun & very much in the vein of old school Halloween & Dungeons & Dragons weirdness.
I don't want to give the adventure details & Halloween horror themes away in Castles & Crusades 'The Hanged Man'  adventure but this adventure wouldn't be out of place being dropped into a Lamentations of the Flame Princess campaign.  The Hanged Man has legs enough to be run with a solid OSR system behind it.
With a bit of work I can see simply dropping this adventure into the Ravenloft setting. 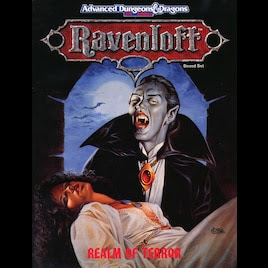 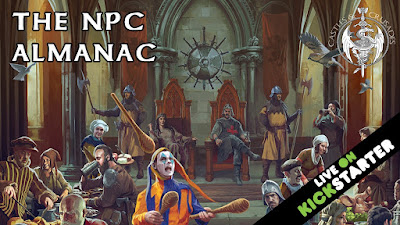