Deeper Readings Into Dungeons & Dragons - The Ranks of The Succubus 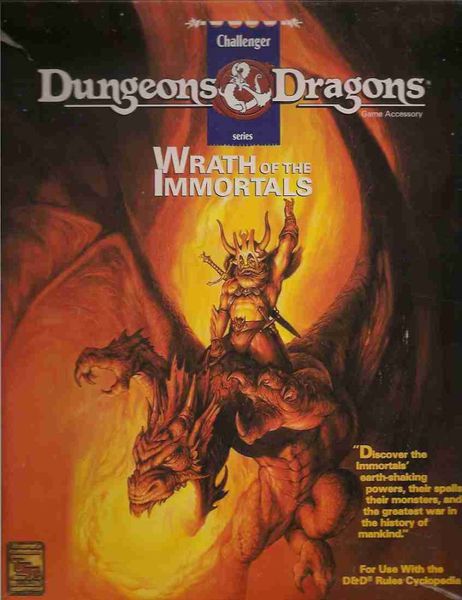 Now I've spoken about the Wraith of the Immortals box set before but I've been quietly on the side tracing a particular favorite type of demon that I love to use. The Succubus has been a staple of Dungeons & Dragons going all of the way back to Eldritch Wizardry:
"The succubus appeared under the demon entry in the Eldritch Wizardry supplement (1976)" Then they appear in the Advanced Dungeons & Dragons first edition Monster Manual in 1977. 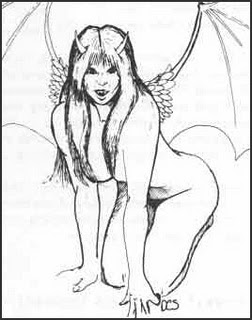 But its when we get into the release of the Wraith of the Immortals box set that things get interesting for me ;"This edition of the D&D game included its own version of the succubus, which is known as the whispering demon, first appearing in the Immortal Rules set, in the DM's Guide to Immortals (1986).[4] The whispering lesser fiend appeared in the Wrath of the Immortals set, in "Book One: Codex of the Immortals" (1992)"
The name 'whispering demons' describes a phenomenon on two levels of the name. The idea that these demons whisper forbidden secrets of magick & the occult to drive men mad. But the other idea that comes to mind is the idea that these demons whisper into the ears of rulers & kings. They whisper things to sew chaos, bloodshed, insanity, & insanity. A concubine or seductress ( or male paramour)  that shares the bed of a ruler or king's adviser could cause untold harm. Even the folklore & mythology behind the succubus supports this ; "As depicted in the Jewish mystical work Zohar and the medieval rabbinical text Alphabet of Ben Sira, Lilith was Adam's first wife, who later became a succubus.[3][unreliable source] She left Adam and refused to return to the Garden of Eden after she mated with the archangel Samael.[4] In Zoharistic Kabbalah, there were four succubi who mated with the archangel Samael. There were four original queens of the demons: Lilith, Eisheth, Agrat bat Mahlat, and Naamah.[5] A succubus may take a form of a beautiful young girl but closer inspection may reveal deformities of her body, such as bird-like claws or serpentine tails.[6] Folklore also describes the act of sexually penetrating a succubus as akin to entering a cavern of ice, and there are reports of succubi forcing men to perform cunnilingus on their vulvas, which drip with urine and other fluids.[7] In later folklore, a succubus took the form of a siren.

Throughout history, priests and rabbis, including Hanina Ben Dosa and Abaye, tried to curb the power of succubi over humans.[8] However, not all succubi were malevolent. According to Walter Map in the satire De Nugis Curialium (Trifles of Courtiers), Pope Sylvester II (999–1003) was allegedly involved with a succubus named Meridiana, who helped him achieve his high rank in the Catholic Church. Before his death, he confessed of his sins and died repentant."

"According to the Kabbalah and the school of Rashba, the original three queens of the demons, Agrat Bat Mahlat, Naamah, Eisheth Zenunim, and all their cohorts give birth to children, except Lilith.[10] According to other legends, the children of Lilith are called Lilin.

According to the Malleus Maleficarum, or "Witches' Hammer", written by Heinrich Kramer (Institoris) in 1486, succubi collect semen from men they seduce. Incubi, or male demons, then use the semen to impregnate human females,[11] thus explaining how demons could apparently sire children despite the traditional belief that they were incapable of reproduction. Children so begotten – cambions – were supposed to be those that were born deformed, or more susceptible to supernatural influences.[12] While the book does not address why a human female impregnated with the semen of a human male would not produce regular human offspring, an explanation could be that the semen is altered before being transferred to the female host. However in some lore, the child is born deformed because the conception was unnatural.[citation needed]
King James in his dissertation titled Dæmonologie refutes the possibility for angelic entities to reproduce and instead offered a suggestion that a devil would carry out two methods of impregnating women: the first, to steal the sperm out of a dead man and deliver it into a woman. If a demon could extract the semen quickly, the substance could not be instantly transported to a female host, causing it to go cold. This explains his view that succubi and incubi were the same demonic entity only to be described differently based on the tormented sexes being conversed with. The second method was the idea that a dead body could be possessed by a devil, causing it to rise and have sexual relations with others. However, there is no mention of a female corpse being possessed to elicit sex from men"

I want to go back to the origin point of original Dungeons & Dragons Eldritch Wizardry for a moment. Succubi are some of the most dangerous NPC villains a group of adventurers can encur the wraith of. These beings of the Abyss use every single trick in the book to sew the seeds & fruits of chaos within the hall of power & in the bed chambers of the elite. There were scores of these succubi in the Abyss according to the original demons entry in OD&D's  Eldritch Wizardry book. But where are these demons actually coming from? 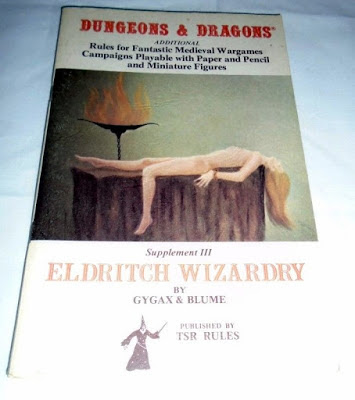 What would happen if the endless planes of the Abyss are merely the production facilities for the demonic evil for all of the multiverse of the prime material  planes? The manufacturing point for every demonic entity that exists? These demonic horrors are traded & modified among the evil entities & overlords of the multiverse. While doing research into the succubi I remembered my Dante's Inferno & the Malebolge.  The Abyss could be thought of as the factory or production area for Hell. Hell is the main attraction for the damnation of man across the planes. The succubi & incubui are created from the lustful, the murderous, & the damned from the Malebolge; "In Dante Alighieri's Inferno, part of the Divine Comedy, Malebolge (/mælˈboʊldʒ/) is the eighth circle of Hell. Roughly translated from Italian, Malebolge means "evil ditches". Malebolge is a large, funnel-shaped cavern, itself divided into ten concentric circular trenches or ditches. Each trench is called a bolgia (Italian for "pouch" or "ditch"). Long causeway bridges run from the outer circumference of Malebolge to its center, pictured as spokes on a wheel. At the center of Malebolge is the ninth and final circle of hell." 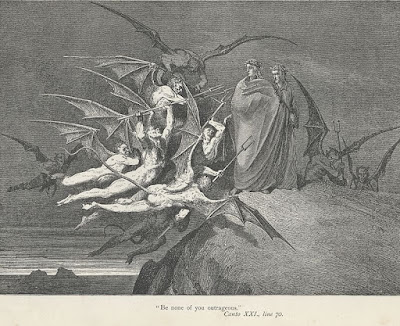 Succubus often find themselves traded among demons, devils, gods of evil, etc. but their loyalties always belong to the Abyss. Why? Because the so called 'Prince of Demons' is their lord & ultimate master. Demogorgon might not seem like the likely creator of the Succubi. Make no mistake the Lord of the Ninetieth layer of the Abyss craves power & knowledge above all else. The succubi & incubui are hand picked from the most twisted souls of men & women his demonic lords can find. Then the bizarre & humiliating process of demonic transformation happens. I said his but in reality Demogorgon is beyond our human understand of sex or gender; "
In the World of Greyhawk campaign setting, Demogorgon sometimes goes by the ancient name "Ahmon-Ibor", or "the Sibilant Beast". He is responsible for corrupting the paladin Sir Kargoth and transforming him and thirteen of his fellow Knight Protectors of the Great Kingdom into Oerth's first death knights." And within Mystara, "Demogorgon is described as female in the 1986 Dungeons & Dragons Immortals Rules."

All of this corrisponds to Demogorgon's place in the Abyss & his alien demonic horror nature;

"Demogorgon lives on the 90th layer of the Abyss, known as Abysm, the Brine Flats, or Gaping Maw. This is a layer consisting of a great sea of briny water broken by tall, sharp, ugly, rocky prominences rising out of the endless murky water into a sky of yellow mist. Demogorgon's palace is two twin towers shaped very roughly like tightly coiled serpents that are covered with sharp, ugly fin-like features and spines, and crowned at the top with skull-shaped minarets. The two towers are linked by a bridge near the top. Beneath the fortress are reefs and caverns where aboleths, kraken and ixitxachitl dwell, constantly warring with each other and worshipping Demogorgon in his palace above. His towers are said to extend so far beneath the sea that they connect to the layer beneath him where he speaks with the obyrith lord Dagon.
Numerous isles dot the layer, but they all resemble Demogorgon's palace: twin rookeries rising straight out of the sea and into the sky. The only significant landmass of the layer is a vast jungle-covered continent. Here, Demogorgon's capital city of Lemoriax is located."

What's really happening is that Demogorgon's heads are in telepathic contact with his vast spy network across the multiverse & planes. It rather enjoys spreading its own sinister brand of mayhem plus chaos where & wants to. In fact it loans out succubi to many other powers including various Great Old Ones & Outer Gods. 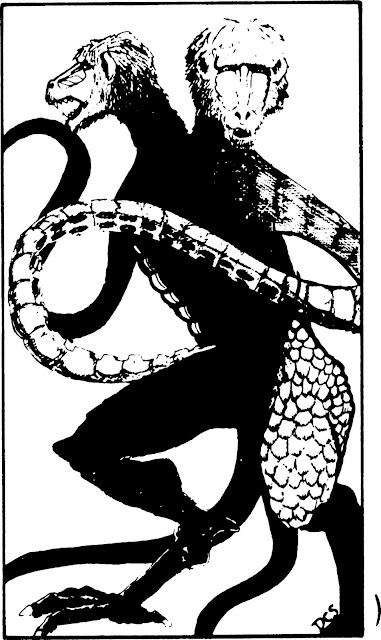 With such a demonic  spy network in place across the multiverse is it any word or turn of a phrase is instantly at the beckon & call of the Abyss. Suddenly those tidbits of information add up to nothing but trouble for those adventurers who come under the  baleful eyes of the Prince of Demons. For no good reason the succubi not only are in the bed chambers of the powerful but in the halls of damnation spying on the very essence of their prey.
Posted by Needles at 10:56 PM