In every old school or OSR  campaign there's always been a Blackmoor campaign region. Don't ask me why but it has always come down in Greyhawk that Blackmoor existed there regardless of the history between Dave Arneson & Gary Gygax.  So I began the task of combing through the back alleys of The Black Moor Archive & came up with the article titled Blackmoor & Greyhawk.
For most people some of this information & links is ancient history. A curious wrinkle in the fabric of old school & OSR gaming. For me as a dungeon master its a look behind the curtain of another perspective of the Greyhawk setting. An interesting corner of the this expansive campaign & we used Greyhawk & still do. 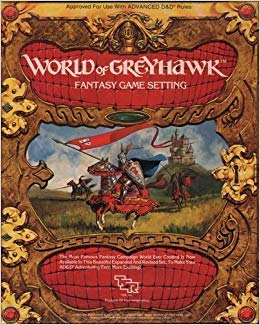 For example recently a PC faced down in the Lion & Dragon retro clone  a curiously savage alien frogman in the forests of France. The party finally determined where & when it came from after confronting an official wizard of Albion's crown. The whole incident was hushed up because of certain dangerous aspects. We have yet to find out what the repercussions of this heretical act will have on our agents of the inquisition. But it is know that the monster made the crossing through Fairyland from Blackmoor's Temple of the Frog. 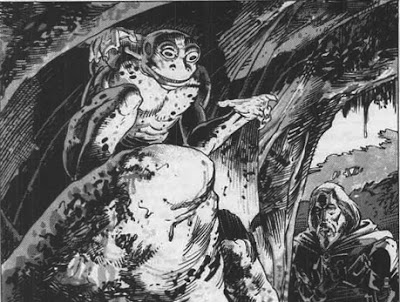 The number of times that PC's have stumbled into Blackmoor bay in Astonishing Swordsmen & Sorcerers of Hyperborea where it sits behind a shroud of northern fog. A place of whispered secrets, ancient lands, advanced & forbidden magicks, the place has more then a weird reputation on Hyperborea because it lays just outside of the lands of ice. All of the maps of Blackmoor can be found here.

The whole cloth setting of Blackmoor carries with it more then a bit of a sinister reputation among old school players. The dungeons can be deviously dangerous & the enemies both unexpected & very treacherous in Blackmoor. Taking PC's from one campaign setting over to another world is something that we often did during long haul campaigns. It wasn't uncommon to move a large party from Greyhawk over to Arduin then on to another dungeon master's own home brew setting. As each dungeon master's rotation was done the next one world setting would become woven into the long term play. This was also a game system conceit as well as Holmes Basic/Expert was played right along with first edition Advanced Dungeons & Dragons resources. 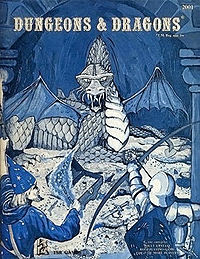 Does this same style of Blackmoor & Greyhawk play work today? Yes I believe it does more so now then ever! There are several reasons for this:

1. The OSR allows a back compatibility with many of the old school campaigns & stats allowing dungeon masters to pick & choose how & what they want to use as a part of their own version of both Greyhawk & Blackmoor.

2. The both campaign settings cry out to be customized by  the dungeon master & their players to make these settings their own.

3. The dungeon master nor the players are bound up by the history of canon of the settings unless they wish to be.

4. Dungeons & adventure locations about within both settings & they are easily made to conform to the campaign's vision during play.

5.  Dungeons are very dangerous places where the laws of physics are mere suggestions allowing dimensional reality to be tissue paper thin because of the abundance of magick. In other words ample opportunity to do some inter dimensional adventuring across time & space.

6. Blackmoor & Greyhawk still have brand recognizability among old school players allowing dungeon masters yet another tool to attract new players to their tables.