Down through the ages have come the relics of ancient Atlantis, objects that retain the echoes of their royal heritage & the ghosts of the past. These objects while prized have are things of a haunted but legendary past. Those adventurers that find them take  their souls into their very hands for they often upon purview of the lord of lost & haunted places. 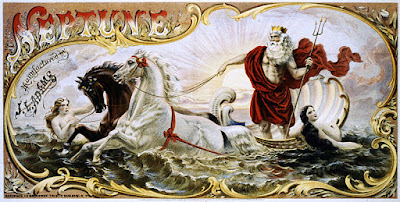 "Above its domes the gulfs accumulate.
Far up, the sea-gales blare their bitter screed:
But here the buried waters take no heed—
Deaf, and with welded lips pressed down by weight
Of the upper ocean. Dim, interminate,
In cities over-webbed with somber weed,
Where galleons crumble and the krakens breed,
The slow tide coils through sunken court and gate.
From out the ocean's phosphor-starry dome,
A ghostly light is dubitably shed
On altars of a goddess garlanded
With blossoms of some weird and hueless vine;
And, wingéd, fleet, through skies beneath the foam,
Like silent birds the sea-things dart and shine."
Atlantis A poem By Clark Aston Smith 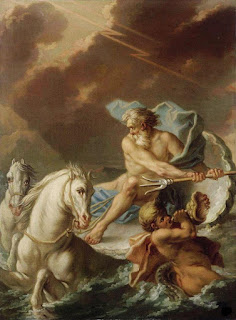 Many of these relics carry with them the ancient super science of Atlantis's fading light & will have 1d20 charges. These objects sometimes wash up on the shores of Hyperborea carried on by the gales of the Boreas winds from the fragments of 'Old Earth'. Often Nodens himself might have use for a PC who chances upon one of these fragments of Atlantis on some far flung mission of cosmic importance.

And upon dolphins' backs was balanced a vast crenelate shell wherein rode the grey and awful form of primal Nodens, Lord of the Great Abyss… Then hoary Nodens reached forth a wizened hand and helped Olney and his host into the vast shell.

—H. P. Lovecraft, "The Strange High House in the Mist" 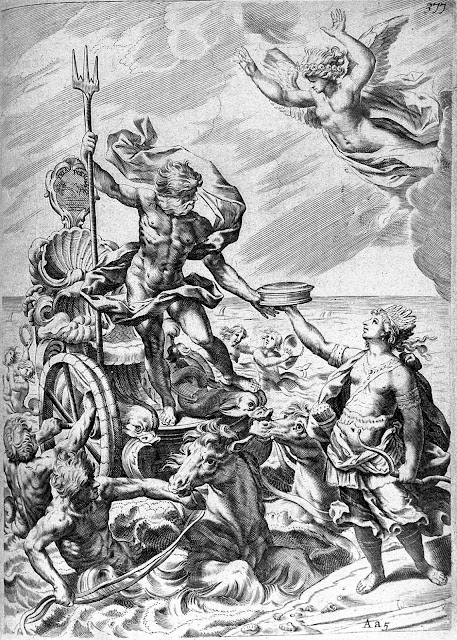 These artifacts are often given to adventurers for some adventure for the slaying of some legendary demon or monster that has been hunting the worshipers of the lord of  lost places. They can sometimes be as dangerous to the user as to their intended targets. There is a 20% chance of these relics of having some fatal flaw allowing only half of the charges to be used. The object may explode for 2d6 +3 points of damage to everyone within a twenty foot radius. Those who choose to go with Nodens will be whisked to some far off lost place for a grand adventure in the ancient past or the far future. There is a five percent chance of the ancient archaic god returning the PC's if the mission is successful for he is a fickle & dangerous god at best. 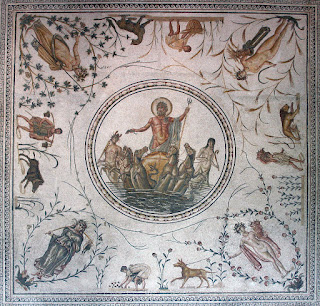 "Will you not join me in Atlantis, where we will go down through streets of blue and yellow marble to the wharves of orichalch, and choose us a galley with a golden Eros for figure-head, and sails of Tyrian sendal? With mariners that knew Odysseus, and beautiful amber-breasted slaves from the mountain-vales of Lemuria, we will lift anchor for the unknown fortunate isles of the outer sea; and, sailing in the wake of an opal sunset, will lose that ancient land in the glaucous twilight, and see from our couch of ivory and satin the rising of unknown stars and perished planets. Perhaps we will not return, but will follow the tropic summer from isle to halcyon isle, across the amaranthine seas of myth and fable; we will eat the lotus, and the fruit of lands whereof Odysseus never dreamt; and drink the pallid wines of faery, grown in a vale of perpetual moonlight. I will find for you a necklace of rosy-tinted pearls, and a necklace of yellow rubies, and crown you with precious corals that have the semblance, of sanguine-coloured blossoms. We will roam in the marts of forgotten cities of jasper, and carnelian-builded ports beyond Cathay; and I will buy you a gown of peacock azure damascened with copper and gold and vermilion; and a gown of black samite with runes of orange, woven by fantastic sorcery without the touch of hands, in a dim land of spells and philtres. "
The Muse of Atlantis By Clark Ashton Smith