The Medusae Mechanism Artifact for Your Old School Campaigns


'What is it we seek oh master?' the sniveling voice of Ashton the mutant shook within the remains of the wizard's tower.
'Come you wretch & be quick about it I have no wish to meet up with that pair of Martian scum this night' Shatock The Mad a wizard of no small power was poking around the ruins of what was once one of the wizard's guild fortresses that was along the Neo Calonian border.
'Bring the torch here you fool I think I have found what I seek' the words wee spat out as much as said by the black wizard. He hovered over a particular pile of garbage and offal.
'Clear that bit there sniveling slave' with the command Aston cleared a particularly scummy pile of debris. He was confronted by the white skin & dead blue eyes of a young woman. The eyes rolled forward & regarded Ashton with pure hatred & malice born of centuries of suffering.
'What is this master? Will she turn me to stone?'
'No wretched coward that would have happened by now. Grab her by the wires, snakes, what passes for hair.'
'Set her on yonder table'
'As I live & breath a Medusae Mechanism, you have no idea how many centuries I have been looking for one such as you my dear.' Shatock The Mad spoke the words without any touch of irony.
'Now Ashton we must find out her name?!' The look of hatred seemed grow on the mechanism's face by degrees. 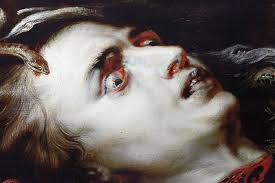 A legendary class of relic the head of the medusae automaton is unknown but there has been speculation that they once belonged to a twisted type of pleasure mechanism of the so called 'Ancient Ones'. These heads have been found all over the 'Old Solar System'. They are often mistaken for the heads of the mythological and quite deadly medusa species which is one of the reasons why these artifacts are often intact and operational.
Each head is actually a quite lethal and accurate weapons system of super science with 1d20 charges when found. The head of medusae mechanism will sense through an almost supernatural quality when its owner wishes it to activate. The mouth will open, the eyes will come to life, & its interior oral cavity will fill with deadly laser energy. A bolt capable of doing 1d6 +3 points of damage will shoot out towards the target with a radius of thirty feet. The mechanism will briefly come to life for the split second it takes to eject its lethal ammo into its target. The mechanism is capable of firing three shots in rapid succession within a round. Creatures not normally capable of being affected by normal weapons will be hit & damage  by the laser energy of the medusae mechanism head. 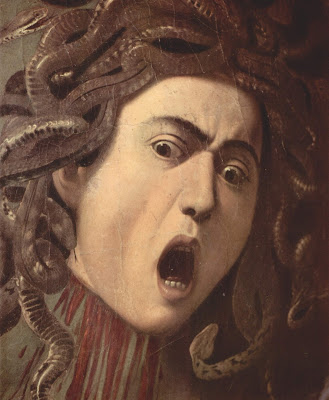 There are further benefits to owning a mechanism head for each individual Medusae may still possess its living brain unit. The Medusae mechanism often served as personal secretaries & pleasure units to twisted black wizards of the wastelands of 'Old Earth'. They were privy to all kinds of black magick secrets & sometimes 1d6 black magick spells. A 'read technology' spell will unlock most of the simple secrets of these dangerous automatons. Because of their association with wizards of the most horrid stripe it is assumed that purges against these relics of super science and their masters were carried out. 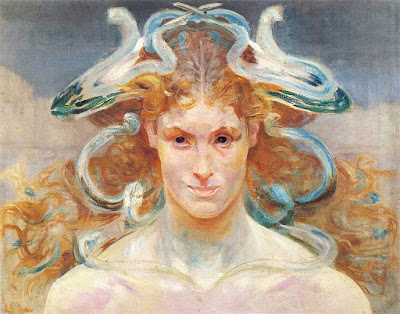 In addition to the simple super science qualities that the Medusae Mechanism have, with the relic's proper name a magician or super scientist can unlock another strange quality of the artifacts. The mechanism may know the location of 1d10 caches of super science relics that their masters secreted away. With the application of their true names these mechanisms are compelled without trickery to give the locations of any such caches that they are privy too. These were some very sophisticated pieces of super science and they have lived for thousands of years in unliving torment and torture in a world that has literally passed them by. Those seeking the true names of these mechanisms will have a difficult task ahead of them. A quest to no less then five construct consultants and alchemists costing as much as 9,000 gold pieces must be undertaking to unlock such a true name. In addition there may be 1d30 additional secrets that the owner must ask about. These mechanisms are notoriously difficult to get to devulge any of their secrets even with the true names available. Each head is worth to a qualified wizard at least 800,000 gold pieces.

O lovely demon, half-divine!
Hemlock and hydromel and gall,
Honey and aconite and wine
Mingle to make that mouth of thine—

Thy mouth I love: but most of all
It is thy tears that I desire—
Thy tears, like fountain-drops that fall
In gardens red, Satanical;

Or like the tears of mist and fire,
Wept by the moon, that wizards use
To secret runes when they require
Some silver philter, sweet and dire.