Things got hot and heavy last night in Tegel manor as the deeper mysteries of the manor & the lands surrounding it began to reveal some of themselves to the party. 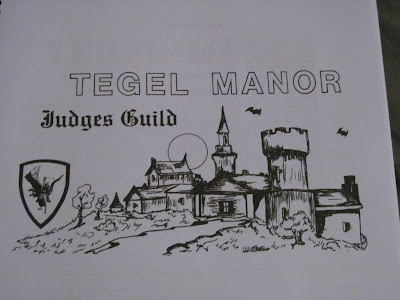 So after clearing a few zombies out of a hallway the party moved onto a minor library filled with specters doing research on a demonic crystal skull & a bunch of scrolls.The party parleyed with the specters rather then engaged in combat, they found out they were working for a powerful patron named Morgona. The party stole the skull but the specters weren't overly concerned & returned to Tegel dungeons for another. The party found a privy that was far more then it seemed that lead into a dimensional door into another part of the manor. The party found themselves in a  small tavern/ manor ghostly drinking room peopled with spirits and ghouls from across the valley. The party encountered a one eyed ranger who offered to guide them into the manor's dungeons. The party learned of other dungeon and ruins scattered across the manor's valley and some of the sea side weirdness that happened down into the dungeon caverns that filled at high tide. You could end up drowned or worse. 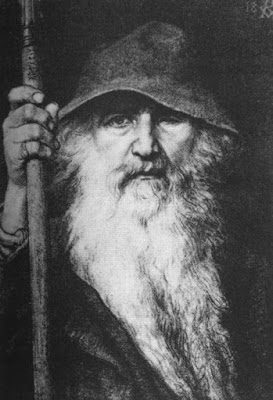 These tides weren't necessarily on the same world either as the party learned as the ghosts & ghouls of manor became far more corporeal as the manor shifted on its rounds across the 'Old  solar system' setting.  One of the PC's almost brought down a blood feud down onto the party's head
Tegel manor valley makes its way eventually back to Hyperborea after an extended tour but the secrets of how and why are hidden away in the basement & dungeons of the manor. Sea going elements & added a bit of a 'Sinister Secret of Salt Marsh' & 'Isle of Dread' connections were strengthened by some of the dead that appeared in the tavern setting last night. But it was the fight with the Warhoon Green Martian that really got things interesting. The PC did eventually defeat the Green warrior but he gave away the chance to recover the custom radium pistol worth 500 gold pieces & ammo worth 200 pieces. Not realizing that the pistol and ammo count as experience points in AS&SH. Sucker!  He did recover a nice Martian cloak worth seven hundred gold with clan markings on it for other Green Martians to cry a blood feud on him when he wears it. Even as the Martian is dying his fellows were in a corner laughing at the fate of their stupid friend. 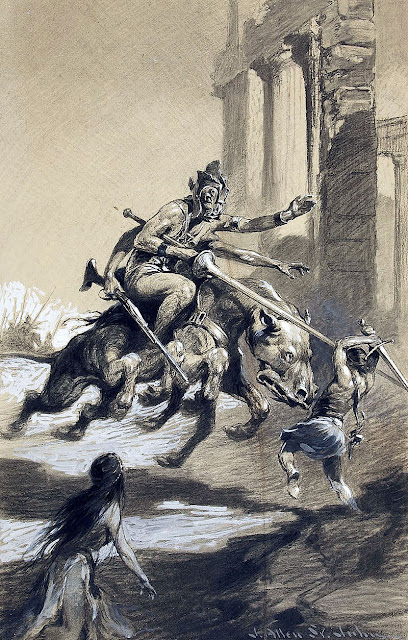 Another member of the party went up to a ghoul blooded barkeep and was able to find a 'safe bedroom' for the evening with a small bride of gold. The party also recovered a map from the bar tender left by the Sir Tristan whose been cursed with undeath down in the dungeons below Tegel Manor. There's also the connection between the Rumps & the lost valleys on the Purple Islands.  Several small NPC's connections to the small valley location of the village  Needleham out in the surrounding evirons of Tegel Manor's lands. Needleham is the of course one of the adventure locations from the Trinity of Awesome +1 adventures by Venger Satanis. 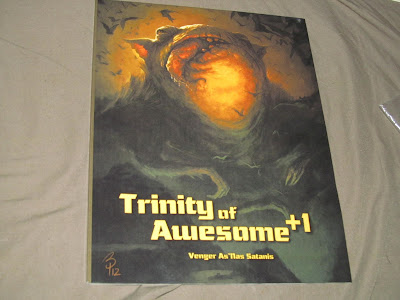 Its probably a very good idea if the players go back and hire that one eyed guide at this point for if they're unprepared for the other dimensional location of Needleham then they could end up dead or worse. I'm probably going to stick the  'Slaves of Tsathoggua' into the mix as a side adventure even though it was meant as an adventure for Crimson Dragon slayer. The plot is easily DYI'ed into Astonishing Swordsmen & Sorcerers of Hyperborea & Tegel Manor because of the very nature of the beast of the adventure; 'There's something in that cave... the cave all those villagers are afraid of.  What's inside?  Will the adventurers be able to leave once they enter?  What does this have to do with Tsathoggua?' The Tsathoggua connection seals the deal for me as a DM. 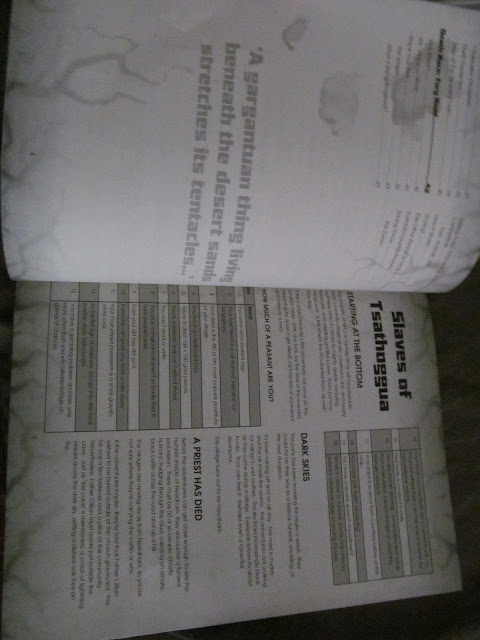 But what does all of this have to do with Tegel Manor or my twisted  version of it & what happens from here? There are several connections that ring true from this point with  last night's run through of Tegel Manor.