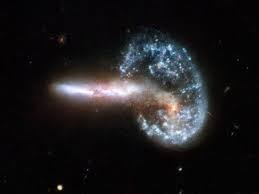 The PCs made the jump into the hyperspace last game & learned that the ship they were on was retro fitted to the point that they couldn't use it. It only had four hyper space jumps left. They had acquired an NPC  navigator from Apex who explained to them what the hell was going on. 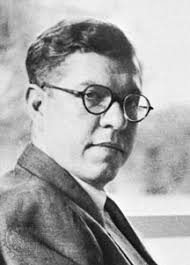 Apex Medical was kidnapping psychics & experimenting upon them using them as fodder for an experiment black sun style weapon system that was aboard this ship. The relic ship's main safety overrides had been by passed. The psychic was the ammo & once used was fried completely. Nothing but a husk remained!
This was a system another party had stumbled upon way back in my Post Apocalyptic Mars game! Gasp! 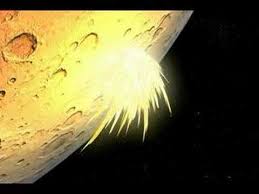 In the mean time the players explored the rest of this ship coming across human sized cages, labs, sleeper pods, & all sorts of weird nanite style goo!
The navigator explained that the stuff was a DNA/RNA mutator substance which threads a sub atomic array of  extra sensory cells allowing one to see the energy signatures in the folds of space. Of course one of the PCs injects himself with this stuff fails his save & is down for 1d4 hours as the stuff painfully rewrites his structure & gives him a metallic tattoo to boot. He has awful dreams of  Grays & trips  for almost half a day!

After almost 3 weeks Einstein travel time the ship arrives in a 12 planet system full of worlds most of them dead. There is 4 stellar objects orbiting the local star. 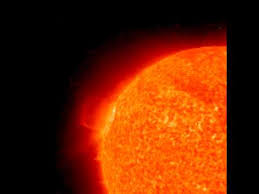 The whole craft switches to automatic mode. The weapons fire  & damage one of the stations in deep interior orbit around the sun. The PCs go ape & wrestle control from the A.I of the ship and find themselves on the wrong end of a reactor leak at the same time!
They manage to send the correct landing codes to the stations & then found themselves within a huge alien space craft  hanger/dry dock

The whole place was gutted & in disrepair as if abandoned quickly & with very little rhyme or reason.
Random Table of Hanger Findings 1d10

The whole station they determined is some sort of alien "sky tomb" way station! A four level megadungeon hollowed out of an asteroid & made into a weid medical facility.  All this was made after powering up a computer station.
Then the alerts on their ship went off.
A probe of some unknown type was approaching the station! 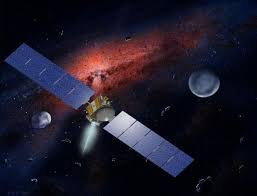 The Probe belongs to a faction that's getting introduced into the game.
The War Collectors

The war collectors are a group of  military veterans who procure many types of war relics & surplus spacecraft for wealthy patrons. They re purpose knowledge of the various tech level 3 or better systems they come across started by a wealthy mercantile combine they maintain & service all of the antiques they find & re purpose.
The War Collectors
Attributes: Forces 3 Cunning 5 Wealth 6
Hit points: 29
Venture Capital/Wealth 6 Shipping Combine/Wealth 4 , Hardened Personel/Forces 3
Black Mail/Cunning 3
Tags : Salvage/Military

Have I mentioned that they haven't gotten inside the station yet! There's more to come!
Posted by Needles at 12:46 PM