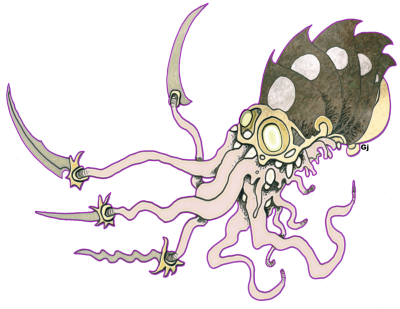 There are red tinged worlds deep within the Talon Sector. Worlds where no man ventures for the horrors which came from the stars eons ago still remember & hate him. Places where the songs of alien gods not remembered by man are sung in hallowed halls of degeneration & loathsome abandon.
The Mucoids are the degenerate remains of a once proud warrior race created to conquer, terrorize, & murder the heart of the universe. They were made to make war on the gods of the universe themselves & they are long out of time.
Mucoids war machines still patrol their worlds but long since have their slimy tendrils & tentacles spread through galactic society! They operate through micro corporations & mega companies spreading their unique corruption & weird devices to every corner of the stars. 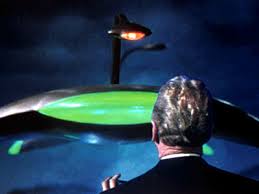 The mucoids mostly stay to themselves operating through a series of dummy corporations. They know the human animal is handicap upon masks of vanity & medicine. They use these to their advantage breeding dependency & complacent stock to use. The Mucoids head several medical concerns & false religious fronts while waging a brutal & savage war upon their enemies. 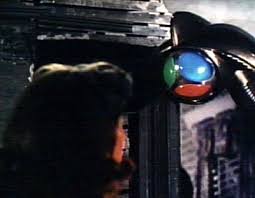 Adds 1d30 years to the basic biology of the subject & the so called "Perfect Sheen". The subject becomes the picture of beauty & health. But the person also develops 1d4 mutations (use your favorite old school rpg for these). They are also subject to the siren call of the telepathic mucoid call that rings out throughout the cosmos. They also have no save vs any command from the Mucloid overlords.
Harvester Medical Bot

Armor Class: 4
Hit Dice 2 (10 Hp)
Attack Bonus :+4
Damage : 1d8 medical laser rifle, 1d3 vibro scalpels
No. Appearing :1d4
Saving Throw :14 +
Movement 40'
Morale 12
Skill bonus +1
A fifteen limbed robotic alien menace that is often sent as probe & harvester of organs. These monsters are capable of carving up a man within moments. They leave nothing behind. Bone, organs, hair, skin all is harvested as raw material for bio much & other products. The robotic unit is filled with bio containment cold pods capable of storing hundreds of victims. 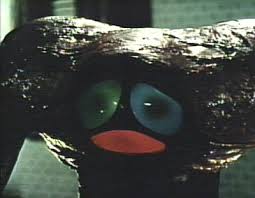 These crude artificially born monsters are the rank & file of the test tube grown horrors of the Mucoid peoples. These monsters are large alien with no pity,remorse, or an emotion at all. Save for the over whelming desire to follow the telepathic desires of their overlords. They were created eons ago on some lost horror filled hell hole to war with such creatures as the Atlans & their Variform organic warriors.
These are terror troops & the remains of these creatures can be found on many worlds still guarding Mucoid bases & in the vast megadungeons of space itself. They attack with clawed hands that rip & tear into anything that comes into their  three fingered tendrils

Part II coming up tomorrow including
Tripod War machine mecha, carriers, Fighters, Mucoid overlords, & more. Including the secret masters behind the Mucoid
All information based on the Mucoid Fighter found right over Here at Heretic Works. Swords & Stitchery would like to thank Heretic Works for use of the artwork!
Happy Halloween Folks!
Posted by Needles at 10:52 AM