Like the surface of the sea was the mirror of Tuzun Thune; hard as the sea in the sun's slanting beams, in the darkness of the stars, where no eye can pierce her deeps; vast and mystic as the sea when the sun smites her in such way that the watcher's breath is caught at the glimpse of tremendous abysses. So was the mirror in which Kull gazed.
Robert Howard
The Outer Darkness cuts across all time & space all at once. Navigating it requires a certain psychic sense of the    insane. One really does gaze into the abyss here. There are some who gaze a bit too deeply. These navigators use metaphysical determinism & psychic science to determine the exact second when a ship needs to make the jump to hyperspace.
While metaphysical determinism rules out chance, theorizing that becoming is only by necessity, scientifical indeterminism sees alternating between chance and necessity, where the first is cause and change, and the second maintains the unchanged or static.The chaotic and seemingly non-deterministic quantum nature of "foldspace"or hyperspace is full of moment by moment mirrored reflections of memories yet to be. The psychic may dive through the entire range until they find exactly what they are looking for. A navigator often a skill roll to determine that moment in time
Many navigators  use super-computers to navigate space & the Outer Darkness lest they awaken some of the many gods & monsters imprisoned within the folds of hyper space. 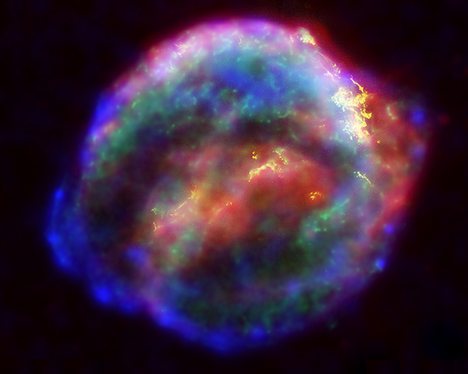 Augmented viewing is a term for a live direct or an indirect view of a physical, real-world environment whose elements are augmented by computer-generated sensory input, such as sound or graphics.Thus making the medium that much safer for the already fragile sanity of some navigators.